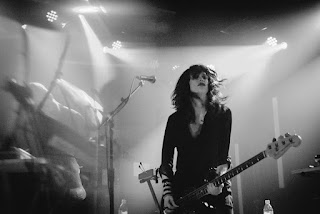 Wendy Rae Fowler has shared a brand new single - her own unique rendition of the Stranglers’ classic, ‘Golden Brown’. Whilst maintaining all the twinkling emotion of the original, Wendy makes the cover completely her own; adding a distinctive whimsical allure, a truly spellbinding rendition, exuding its own haunting grace. You may not think you know Wendy Rae Fowler, but you do.

Wendy Rae Fowler penned and performed the theme music to one of your favorite dark-noir thrillers, The Killing (AMC), and her music has been featured on Orange is The New Black (Netflix). Her work has been variously described as “Brutal and Beautiful” by The Sunday Times and “Eerie and unforgettable” by The Guardian.

She was a founding member of We Fell To Earth and has collaborated with numerous bands and artists, including vocals on Queens Of The Stone Age’s ‘Feel Good Hit of The Summer’, Mark Lanegan (Bubblegum, Field Songs, Here Comes That Weird Chill), Eagles Of Death Metal (Death By Sexy) and Maya Jane Coles. Her music has also featured on the critically acclaimed film Jeune et Jolie and the BBC Documentary A Year in an English Garden: Flicker + Pulse. The single ‘This Is Not A Love Song’ off her new album has been recently featured on CW’s The Republic Of Sarah and she has just composed the original score for the documentary film Clay + Bone, featuring Will Self. 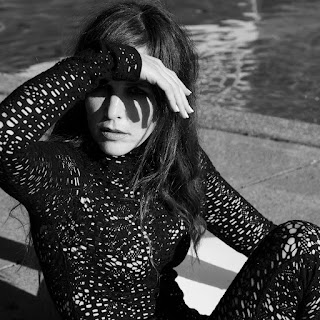 The day hath arrived. Iris, Reb Fountain's newest album, is officially out now! Yay! We have spent the week busily picking packing boxing and wrapping all of your records and CDs in anticipation for this day of days. Rest assured, if you haven't received yours yet, the couriers are busy! IRIS is coming like the Summer down under not too far away.

Reb also has today released the visual counterpart to this week's lead single, and title-track 'Iris'; the video directed and filmed by none other than Lola Fountain-Best.

The namesake of her new album, Reb says on the single, “'Iris' is a love letter to my sisters and my many selves, an embrace that holds all the stories we never shared, a rainbow connection, a feminist arsenal, a space to rest, a prism for the heart. What’s in your heart that you dare not speak? If love be our currency, what stories we would tell?" 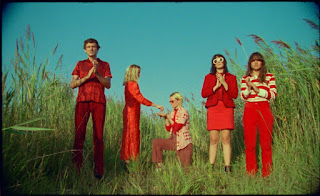 Brooklyn art punks Gustaf have released their highly anticipated debut album, Audio Drag For Ego Slobs via Royal Mountain Records. Following love from the likes of NPR, DIY, NME, Paste, BrooklynVegan and more for their past singles "Best Behavior", "Book" and "The Motions", the band are sharing a final video for album standout "Cruel" ahead of their supporting run with IDLES throughout the US.

Vocalist Lydia Gammill expands on "Cruel", "When I started working out the lyrics for cruel, I liked the idea of someone getting mad at the sunlight for shining through their window. I wanted to play with the idea of someone victimizing themselves over a blessing. Ultimately "Cruel" became a ‘love’ song — or as it goes with a lot of Gustaf songs, an anti-love song."

She continues, "The protagonist in "Cruel" is unfairly upset at someone who gave them a glimpse of a good thing and then took it away. Now they’re left obsessing over the thrill of what could have been. They were content with what they already had, but once they knew something more was possible they became indignant over losing it. Selfishly musing that if they knew it would be like this, they would’ve rather not had the thing at all." 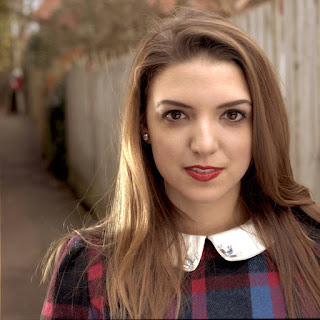 Daisy Chute - Let Me Be Your Home.

Daisy Chute is a folk/Americana singer-songwriter, multi-instrumentalist and regular on the London music scene. Daisy's new single ‘Let Me Be Your Home’ is taken from her forthcoming new EP ‘Songs of Solace’.

’Let Me Be Your Home’ is the second in a concept EP entitled ‘Songs of Solace’ that follows the beginning, middle and end of a relationship and explores themes of mental health and depression. The EP features acoustic heartfelt songs with female vocal,   guitar, cello, violin & piano.

Daisy says “Let me Be Your Home represents the honeymoon phase of the relationship. It's simply about being someone's safe place, their home. It's cosy and comforting, with a tinge of sadness hinted at with lyrics like 'when you find that life's too much to bear’”

While her musical roots were born out of her Scottish/American heritage, Daisy has had forays and extensive training in both the jazz and classical genres.  Whilst still at school Daisy signed to Universal/Decca as one quarter and lead vocalist of multi platinum selling band All Angels.
A mix of Celtic, American, Classical and Jazz backgrounds has since seen her feature across Film, TV, Game soundtracks ranging from The Sims 4, Tomb Raider, Shaun The Sheep the movie, 47 Ronin and Yesterday, to David Attenborough documentaries (A Perfect Planet) and Radiohead albums (session musician on A Moon Shaped Pool).