‘Lights’ the first single to be taken from the ‘Bee Skin Rug’ album is a terrific uplifting burst of energy that works as a fantastic preview of what we can expect from their new works. Harmony flooded and certainly becoming a real automatic-earworm, ‘Lights’ really excels and shows off ‘Lost Tuesday Society’s new material to a T, and accompanied with the production of acclaimed long-time friend and producer Joe Gibb, LTS are kitted out to establish themselves as a tour de force in their respected genres.

The result is a unique blend of music with intricate compositions, strong hooks and melody lines combining in a huge dynamic sound that has people up on their feet.

With four vocalists (Sarah, Kate, Darran and Alfie) in the band the harmonies are interesting, beautiful and an important element to the Lost Tuesday Society sound. With a heavier back line and driving rhythm section ( Jay and Simon) and two accomplished guitarists (in Alfie and Darran) the new material presented today has a maturity and edge which is beautifully enhanced by weaving strings (Kate),flute(Alfie) and melodica (Sarah). 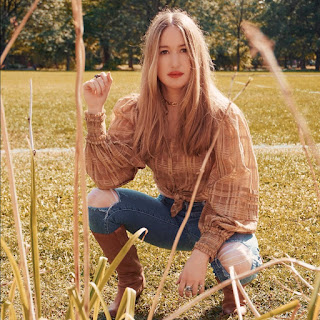 Loose Ends is stylistically eclectic yet entirely authentic. It’s a comforting record that cathartically encapsulates life’s unfinished moments: “Many times in my life, I was unable to get closure. Instead, I was left to bear the weight of the words I never said and the inescapable memories that tethered me to my past, suspending time. Understanding my need to let go of these ‘loose ends,’ I turned to song,” Annabel says.

Throughout the album, Annabel explores these complex and imperfect defining life experiences with a diaristic touch. Her ardent and perspective storytelling is on full display, complimented by honeyed melodies, layered instrumentation and full-bodied vocals. She takes listeners on a journey as she writes from the heart with raw honesty and emotional conviction. 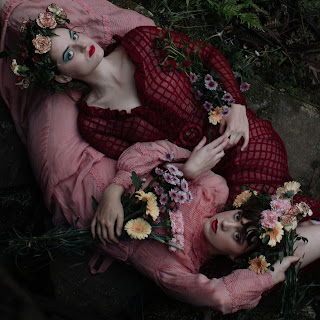 Sister indie-folk duo Charm of Finches today share their new single "Heavy," which is off of their forthcoming album Wonderful Oblivion, set for release on October 22nd.

According to the sisters, "This song is an expression of the sadness and frustration we feel about the state of the world. The song reflects on how, in this modern world, we have in many ways lost our connection to nature.

Consumerism and a culture of narcissism are coping mechanisms to fill the void where that future shock, emptiness and sadness would be." Featuring Mabel on vocals and cello, Ivy on vocals and violin, with Ledwell adding percussion, piano and synth bass, the song is beautifully melancholic and folk-inspired, delivering a timely and important message about our sacred connection with nature. 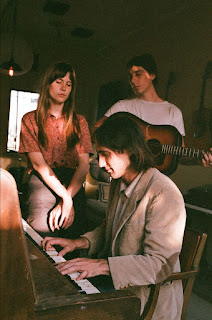 Sylvie's self-titled debut EP is due out this Friday on Terrible Records, and today the band are sharing a final single from the EP, a track called "Shooting Star," ahead of its upcoming release. The EP was announced in July alongside a feature on Aquarium Drunkard and the release of a single from which the band take their name.

That single is a cover of a song from an obscure 1970s record by Ian Matthews called Later That Same Year, and a track that serves as a partial inspiration for the band's existence. Before they adopted it as a name, the band (which is led by some time Drugdealer & Golden Daze member Benjamin Schwab and features Marina Allen and Sam Burton) started using the term "a Sylvie" to refer to "a song from the past that’s incredible but for whatever reason, is basically unknown," and the group's sound is a sort of homage to lost gems like Matthew's songs, and the recordings of Mad Anthony, the Southern California group that Benjamin's father John Schwab played in during the '70s.

The band's latest single shares a similar archival bent and an appreciation for the secret songwriting gems of both past and present Los Angeles. An unreleased song that Schwab first conceived of 10 years ago with a friend and fellow songwriter called Stanley Thiel, it's a track that took on personal significance to Schwab.

"This song was one that was floating around my world for a long time," Schwab explains. "It was conceived by my good friend Stanley Thiel a while ago. He is an unknown legendary songwriter in my eyes who has inspired me and other musicians around Los Angeles over the years. There are these songwriters like him who aren’t  in the scene and don’t really play the game, but who write incredible timeless songs. You won’t hear them unless you go looking for them. I wanted to put this song on some sort of a platform for people to hear and to acknowledge the song and him."

It was a mantra/anthem type song that our whole friend group knew and loved. It was never released, and my nostalgia for that period of my life was strong, remembering a time when collaboration and community was a lot easier than nowadays being in LA and pursuing music as a profession. The song was played many times by different people and on a lot of camping trips where we would all sing it; I always loved that it brought people together. "