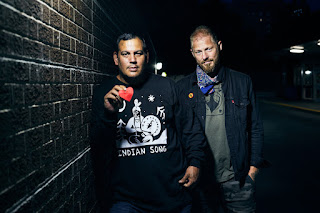 Matt Epp and Isaac Murdoch - Everything We Need.

Isaac Murdoch (Bomgiizhik) is an Anishinaabe Ojibway artist and community organizer from Serpent River First Nation – a member of the Fish Clan – where he grew up in the traditional setting of hunting and gathering on the land. A world-renowned visual artist, Murdoch is perhaps best known to his tens of thousands of followers as a engaging storyteller – recounting live and online the many tales taught to him by his Elders in an effort to reach the heart of the human spirit so that we may all reconnect with, and be stewards for, the land. He currently lives in the forest at the cultural revitalization camp called Nimkii Aazhibikoong, an Indigenous community that focuses on traditional language, art, and land-based activities.

International touring artist and award-winning songwriter Matt Epp is the quintessential troubadour of the Canadian prairies, who has won the admiration of an audience that spans the globe. A stark and confessional songwriter endowed with an infinite capacity to engage an audience, Epp’s performances encourage a sense of connection and community, where every listener leaves as a friend. He is one of the gifted forerunners defining the future landscape of Canadian music – no doubt contributing to his Grand Prize win at the International Songwriting Competition in 2017. A seasoned collaborator and activist, Matt’s music has been on regular rotation on CBC, Sirius XM, and community radio for over a decade.

You Were Chosen To Be Here kick starts a grassroots unity-seeking movement through collaborative live performances between Isaac Murdoch and Matt Epp under the name ‘Revolution of the Heart’, which will begin traveling across Canada (in person and virtually) later this year. A true weaving of community, storytelling, art, and healing. Stay tuned for tour dates.
Matt Epp · 05 Everything We Need 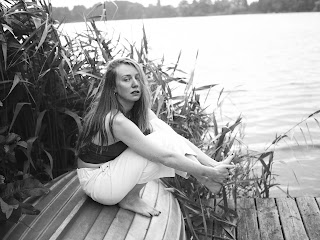 Following on from her dark and dreamy debut single ‘Seeking’ (September 2021), ‘Beatroot’ holds a trip hop flavour. It is representative of a place Selkie inhabited at the time of writing: calm confusion, wild curiosity, burning desire. The low-growling bassline and melting fluidity of the synths paired with haunting, layered vocals are the perfect soundtrack for moments of introspection and searching the mysterious world of the intangible.

‘Beatroot’ is a collaboration with Glasgow based Kyle Daniel Lochhead, who comes from a lyric-writing artist background, and Patrick Cairns, a producer with a passion for analog synthesisers and creating beats. Both have influences in dub and trip hop genres which ties in perfectly with Selkie’s own musical style.

Originally hailing from the west coast of Scotland and currently based in Berlin, Selkie's music takes inspiration from the natural world. Selkie describes her songs as swaying like the ebb and flow of the ocean. The lush, and often dramatic backdrop of her homeland breathes life into her shimmering blend of electronic beats and electric guitar, as well as the spaces in between. Melding crystalline vocals and haunting harmonies with her knack for relatable storytelling, Selkie's ethereal dreamscapes won't just wash over you, they will pull you under and leave you gasping for air.

“The song began with Kyle's vision to bring the three of us together to write atmospheric music that would bewitch and enrapture people. Next came a loop Patrick made with the Moog Little Phatty, which he provisionally named ‘Beatroot’ - the name stuck, with jokes that our next collaboration would be called Raddish. 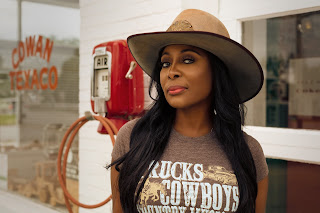 Brei Carter - Gave Him A Girl.

Crossover country and southern pop recording artist Brei Carter is excited to release her new music video for “Gave Him a Girl,” a song which she proudly embraces her southern country roots. The song was recently heralded by journalist and country music historian Robert K. Oermann as “cute and catchy” in his weekly single review column for Music Row Magazine. The video also follows suit and hints at scenes from Brei's upbringing as a little girl, her family's influence on her, and shows the very authentic and vivacious southern persona she is building a reputation for.

“Being your best self is being an original, and that’s so much better than being an imitation of someone else,” Carter said. “Girls, live in your skin and love who you are because with you everyone gets the best of both worlds!”

The video is also set to make its network TV premiere on Monday, October 11 on The Country Network, along with forthcoming airings on Country Music Today on The Heartland Network, and will also be added to the live-streaming rotation at Nashville Country Music TV. 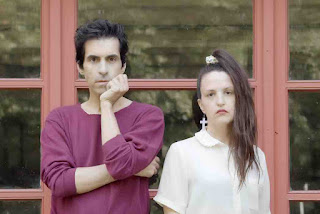 Sarko Montaug - We Live in the Sky.

"We Live In The Sky" was produced and mixed by Jorge Elbrecht (Japanese Breakfast, Wild Nothing). In it, Elbrecht weaves together stacks of melodies sung by both members of the duo propelled forward by swells of vintage synths.

The duo confides, "We let our relationship coast for too long and were faced with the classic timeline of how all tragedies form: gradually, then suddenly." The music video was filmed in a mid-century house as well as a high rise apartment building both in the Chicago area.  "We wanted the contrast of the house, preserved in the era of its time (early 60s), and the apartment in such a modern building to reinforce the concept of the past suddenly becoming the present."

While the indie pop duo Sarko Montaug may be new to the music realm, their name is not. Paying tribute to twin pillars of the 80s NYC art/nightlife scene - DJ Anita Sarko and Doorman Haoui Montaug - the group's focus is on creativity. Haoui and Anita were instrumental in providing space for artists like Beastie Boys and Madonna to perform when they were unknowns. They had incredible taste and understood the energetic release that can only be experienced in a night club full of the right amount of friends, strangers and icons.

The group currently resides in Chicago, but as constant nomads, could be moving on again by the time you read this. "No matter where we live we'll always be displaced Philadelphians,"  say the members (married partners Cristian and Jess Mora).  While most connected to new wave and other 80s genres, the group is following their creativity towards whichever musical style calls to it. "We'll always sound indie, even when we are trying to be pop and we'll always be trying to modernize the past."