Alyssa is a multi-talented producer who's been making records auteur-style on her laptop for years ("I feel most comfortable when I'm completely alone" she says in the bio below). Her music is straight forward in style, but elegant in construction and form.

Here's what Alyssa had to say about the meaning behind the song and the video: I began writing “Gothenburg English” in my head while walking around the titular city near the end of my Scandinavian sojourn. Six months prior, I’d left a long term partner behind in New York City, hoping the relationship would survive. It did not. I finally accepted the end of it while wandering around Gothenburg and the Delsjö wilderness on the outskirts of the city. A friend told me the local accent is one of the most sing-songy in the Swedish language, and it’s audible when speaking English, too, creating a kind of “Gothenburg English.” I think of this song as a road song in the sense of American road novels and movies. I sing about my travels during this time, and admit the realization that I came to once I returned home: I was ready to move on from the relationship that had brought me so much stress and misery. I

eventually left New York for my home of Los Angeles, where I filmed the music video for this song with the help of some of my oldest friends. In it, the audience gets a glimpse into my home studio , as well as different locations that left marks on my adolescence, as I connect the person I was when I first started making music to the person I have become.

During this past year, when the stimuli from the outer world ceased, Alyssa Gengos was having some weird-ass dreams. In one that stuck with her, she dreamed that an old school bully was being kind to her. “That was a very strange dream for me to have because I don't think about this person really ever,” she says. “But it reflected to me that I have this really deep desire to be liked.” So poignant was this realization that it makes two appearances on her debut full-length Mechanical Sweetness, which melds her dreams and personal nostalgia into a new-wavey indie rock homecoming album.

Atlanta-born and Los Angeles-based singer, songwriter, and multi-instrumentalist Mae Mae has released “Squishy,” the first single and video from her debut EP, Gummy Heart Eyes. With shimmering xylophone and mischievous bass fluttering throughout, “Squishy” is magnified by a kaleidoscope of whimsical sounds and an infectious hook as the track emulates the joyous emotions you feel when you’re surrounded by people you love.

Inspired by the bliss she feels from life’s little pleasures, Mae Mae’s storytelling reflects how her wide-eyed wonder and optimism collide with the world around her. The same is true of the song’s video, which depicts a home movie-style walk through a garden with her very sweet four-legged companion. 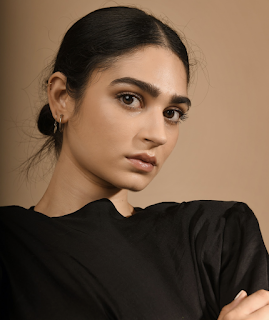 KAVYA - Lay Your Head Down.

‘Lay Your Head Down’ marks the 2nd release from KAVYA’s debut EP 'Know Me Better'. The song talks about what are the ingredients required for a friendship to stand the test of time. Friendship is a priceless gift which should be honoured and a common theme to be observed in a relationship of any form. What are the ingredients required to build on a promising friendship?

For KAVYA, it starts off with being present in the physical form with the other, opening up multiple conversation points, and understanding what makes the other person. Then, delving a bit deeper and exploring the future prospective she sees with the other, how she can contribute and enhance the other’s life and vice versa.

Aligned with prospective, it is equally important for her to uncover the individual’s aspirations and expectations so that she can be the friend who can encourage the other to achieve them, be aware and mindful of her role to not disappoint the other when expectations aren’t met. And in this entire process, if things don’t go as planned, she opens up the opportunity to ‘lay your head down’ and just be present as that is the truest point of friendship achieved - once of accepting the circumstances as is and not giving up on someone who you have invested your time and opened your heart too. That is the key to sustain a fruitful friendship built over time.

"Lay Your Head Down was written over many years where I found myself wanting to understand the various layers of all my friendships and what truly makes them special. This track is a tribute to my curiosity to connections made between people." 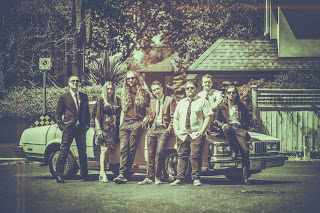 Phonosonics is a Canadian Rocksteady and Early Reggae band, pleased to announce their latest album New Again. Since 2015, this group has been dazzling audiences with their reverent yet modern take on Rocksteady, Ska and Early Reggae. Phonosonics began as the brainchild of multi-instrumentalist and producer Spencer Cleave and has grown to be one of Canada’s fastest emerging Reggae acts.

The band has been racking up accolades since their earliest days. Their releases have been featured on some of the most listened-to Reggae radio shows in the world and consistently charted in the top 10 on Canadian independent radio. They have opened for The Wailers and served as backing band for The Fabulous Lolo, Sister Nancy and Leroy “Heptone” Sibbles.

These connections to the worldwide Reggae community came in handy when production began on New Again in 2019. The album was slated for a 2020 release, but unfortunately sidelined by the pandemic. The group persevered and tenaciously finished putting together a beautiful and vintage-sounding collection of Rocksteady, Early Reggae, Ska and Blue Beat style tunes with a positive message.

With their characteristically painstaking commitment to authenticity and respect for the source material, New Again feels more like it could have been produced in 1970s Kingston than 2020s Victoria. Drawing on their friends in the Reggae community, they were able to recruit artists such as Leroy Sibbles, Horseman, Montreal’s Dr. Watson, and Roger Rivas of the Aggrolites to join in on the record. New Again is the story of rebirth and redemption, and its themes have taken on new meaning these past years. Phonosonics want you to know it's never too late to turn it all back around, and make it new again.