Following on from her debut album Yesterday Is Gone and her covers EP Wind Songs both released in 2020, Serbian-Canadian musician Dana Gavanski gives us a taste of what's to come next with her brand new single "Letting Go."

It's a slice of wide screen psychedelic pop. Dana and her band are also heading out on the road with Porridge Radio this week, a tour they will be embarking on by train in the interest of lowering their environmental impact.

Of the new single Dana says: "It's like a little mantra for me to sing, though maybe it’s a tad unconventional being that it’s not necessarily the kind of positive message we all associate with pop mantras. It’s more of an account of how the mind works to undermine us. It’s a subverted mantra. In the chord sequence I was trying to excite my ears and explore different melodies." 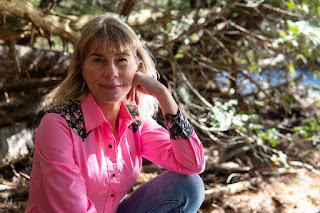 Kaya Usher's first single as a recording artist is Heart Clicks, a song about the transcending power of love and the ways in which it unites humanity.  The song comes a week ahead of the November 17 release of her debut album, All This Is, produced by Kevin Drew of Broken Social Scene and Nyles Spencer. Mastered by Grammy award-winner Emily Lazar, the 10-track project also features Andrea Nann on back-up vocals and two of Usher and Downie’s children, Lou and Willo. Bringing to life the couple’s dream of one day forming a family band, All This Is will self-released and distributed by Arts & Crafts Productions, the label behind Downie’s solo career.

"This is a very personal album for me, not only because I get to jam out with my kids, but also because music has helped me to rise up and transcend what was holding me back,” says Kaya Usher. “Everyone can connect to music. My hope is that this album helps others reach new heights too.”

All This Is represents a reset. It is Usher’s story, told for the first time through a series of songs. Haunting melodies and soul-searching lyrics create an experience for the listener that reflects Usher’s awakening process, a journey that began when she fought breast cancer in her forties. The album speaks to her unraveling, her epiphany and, finally, her metamorphosis.

Kevin Drew met Usher in 2013 through Downie, and they soon became good friends. Their collaboration is heard throughout the album, in its robust compositions, ambient chords and hypnotic rhythms. Featuring her son Lou on keyboard and drums, her daughter Willo on harmonies and Usher playing classical guitar, organ, harmonica and providing vocals, All This Is is an offering almost thirty years in the making. The project was recorded at The Bathouse Recording Studio — a studio owned and managed by The Hip, near Kingston on the shores of Lake Ontario. The album art was designed by Willo. 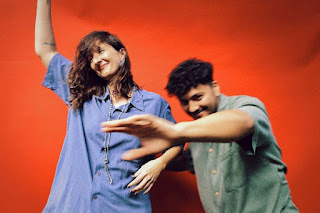 The band shares, "'The End' was not in fact written in response to world events. We were experimenting with big dark synth sounds and wanted to create something minimal but deep & dynamic. The lyrics are essentially final thoughts as a chapter closes and one created world ends. We all move through several worlds during the day; worlds we create ourselves, worlds created by systemic repression, worlds of relationships, worlds created by the illusions of capitalism, to name a few. The world ending in this song is specifically a world built around two beings facing a fire and brimstone type of demise."

Parrot Dream is the Brooklyn via Santiago, Chile duo of Christina Appel and Gonzalo Guerrero. Good Eye released their debut, Light Goes, which dealt with themes of disconnected memory and loss as the partners grappled with their different senses of home.

"The End" is part of a set of material that they had planned on recording in a studio in 2020 and ended up recording in their home throughout the year. It's also their first new work operating fully as a duo. 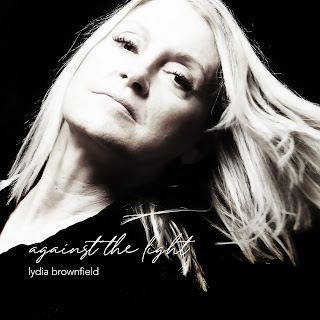 Lydia Brownfield - Against The Light.

Lydia Brownfield announces the release of the single “Against the Light." It’s an anthem for those trying over and over again despite the odds and also a reckoning for those getting in their own way.  It’s off the upcoming album, Dig, due out November 19.

The frantic and impulsive tempo symbolizes a moth banging around the dark searching for the light. When she finds it she throws herself against it: “Around and round this light I’m flying banging loudly into the night, torn and broken but not beaten, I will throw myself again and again and again against the light”.

It reflects two areas of Brownfield’s own life she strives to get right, her music career and past relationships. She says, “This song kind of sums up my life. Even after failing at relationships, we all do it again. And again and again. We have to try. I always have to try. It’s the same with music. I’ve been at this for decades. But I still throw myself at it as hard as I can, with whatever I have. Or whatever I have left.”

The album travels the euphoric highs of being in love and the dramatic lows of breaking up and discovering internal power. Through genre-bending twists and turns of folk, punk, and pop, it explores the journey of getting caught up in someone else and losing sight of one’s journey of self-discovery.
Lydia Brownfield · Against The Light