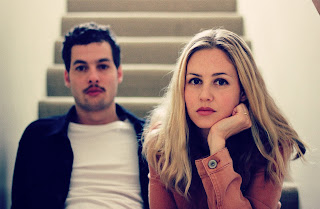 Rounding out a monumental 2021 with their distinctive graceful tenacity is WA indie pop/ rock duo The Money War with the highly-anticipated unveiling of their latest EP ‘Blood’ today November 5. Delivering elegant pop pureness that beats with the steely resolve of an indie-rock heart, Dylan and Carmen Ollivierre of The Money War approach their craft with unwavering sincerity, recounting intricate experiences through gorgeous melodies and elegant production.

Recorded at their studio where it was produced and mixed by Dylan, ‘Blood’ is about connection, exploring the binding ties of family, partners, even strangers, while showcasing the pair’s songwriting depth and refined sonic execution. The duo explain:

“The EP is a collection of songs that bookmark 2021 for us. We’re always writing, but these were the 5 songs that rose to the top and we felt that we needed to record.” Opening in a bittersweet flourish of nostalgic grace is title-track ‘Blood’, written about the complexity of family relationships and bloodlines, the contrast between the jovial strum of the guitar and the melancholic press of the keys a reminder of the reality of changing lives.

Next, ‘Miles Away’ begins its euphonious journey through golden saxophone solos and Carmen’s velvety vocals, the track’s transcendent melancholy spreading the disheartening feeling of being emotionally disconnected from somebody close to you. The EP’s centrepiece ‘Lost in the Rhythm’ arrives as a dreamy dance track, using gripping instrumental layerings and pulsing percussion to produce an addictive cadence as Dylan's warm, heartfelt vocals take the lead, delivering the track's introspective lyrical exploration of overcoming anxiety with a self-assured strength.

‘Zoom’ follows in a romantic cloud of longing, as gentle guitar, delicate vocals and a distance-crossing chorus weave a vulnerable tale of living through a long-distance relationship during a pandemic. Closing out the EP is ‘Man at the Station’ featuring warming indie-folk beats, cosy acoustic guitars, drifting violins and Dylan’s wholesome vocals to take us on a romantic late-night journey with a carriage full of strangers that become a little less so by the song’s end. 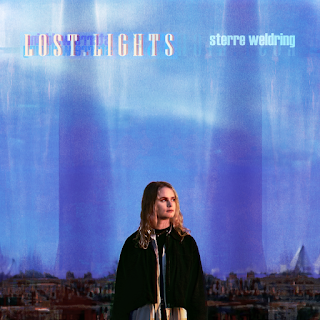 After the succesful singles 'Not With Me' and 'Remedy', Sterre Weldring will now release her debut EP 'Lost Lights'. Sterre Weldring’s debut EP is full of songs about lost but beautiful souls. People who haven’t really found their way in life yet but are trying to do better, hence the metaphor ‘Lost Lights’. Being lost can cause hurt to yourself or to others, but as these songs point out, can also teach you valuable lessons as there’s often a beauty, a rawness, hiding behind that kind of pain. Sterre reflects on this and on herself and concludes that after all the pain is relevant, as we can learn and grow from it, to evolve into a light that eventually isn’t lost.

At the age of 16, Sterre Weldring was still a bit young for the conservatory, but she made a very mature decision: she started studying songwriting at BIMM (Brighton Institute of Modern Music). In between studies, she completely immersed herself in Brighton's rich music scene. While jamming, and playing live, she quickly developed her own sound, which she describes as folk-pop. In concrete terms, this means that her songs have a pop structure, on which she puts a folk stamp on with her characteristic voice. Amy Macdonald is a common comparison.

After a successful 2019, including a place in the final of the 'Grote Prijs van Nederland' and a tour through the country during 'Popronde', the Amsterdam-based singer-songwriter is now releasing her new single. This song is part of her new EP, which will be released today November 5th. 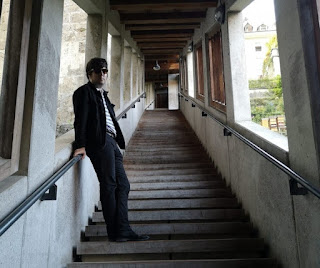 Polar Klub - I Feel It Too.

Singer and guitarist Lukas Heer plucks the best strings of self-irony: a musician who prefers to run away than to dance, writes music to which you have to stay.

In rhythm, in motion, in mood.

With his project Polar Klub, he takes us on a journey through the 60s, 70s and 80s, drawing on the genres of psych-rock, post-punk and dream pop for his beats and riffs.

For the new track "I Feel It Too", the Glarus-based musician has again conjured a wonderfully cranky sound - completely in DIY feeling.

You may not immediately recognize the name Lonnie James, but if you’re familiar at all with the Canadian indie rock scene of the 1990s, he was a ubiquitous presence, playing drums for a seemingly endless array of artists and significantly contributing to the most vibrant and influential period of Canadian rock and roll.

After a lengthy hiatus, and back home near Calgary, Lonnie James has now returned with a new project dubbed ModernFolkRevolution, whose self-titled debut album was released on Oct. 22. Its 10 tracks are, on one hand, a throwback to more innocent pre-Internet days, and on the other hand are a reminder that an organic approach to making music still packs an emotional punch.

As a band, ModernFolkRevolution presents James’s songs in all their rough-hewn glory, recalling the lo-fi majesty of The Vaselines and Guided By Voices, coupled with Byrds and Kinks-style paisley-tinged flourishes.However the album might be classified, ModernFolkRevolution is a pure reflection of Lonnie James’s life—and life in music—after more than three decades. More importantly, it’s the sound of an artist finding a previously untapped well of creativity and using it to sow the seeds of future endeavours. Indeed, the ModernFolkRevolution’s time has come. 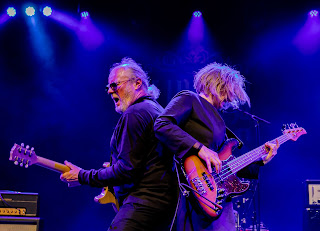 Renowned for their distinctive songwriting, unique sound with beautifully produced recordings, onstage chemistry and electrifying live shows, European and British blues award nominees the Starlite Campbell Band are Suzy Starlite and Simon Campbell who fell in love on stage and married following a whirlwind musical romance. Musically it's he classic sound of British blues and rock from the 60s and 70s, with some trips down sidestreets and byways - that they promise. Do they deliver on their album The Language of Curiosity?

Here's what "Blues Enthused" has to say about it: "Simon Campbell seems like a walking encyclopaedia of classic British axe heroes.  But overall his guitar sound is his own, and it’s remarkable that he eschews effects pedals in search of it.  Just as importantly though, The Language Of Curiosity is about well-constructed songs, about infectious melodies and worthwhile words, and the couple’s co-writing fulfils those ambitions with a bit of flair.  The Starlite Campbell Band’s bonkers devotion to their musical muse has produced another crop of goodies."

And Hugh Fielder at "Classic Rock" thinks that  “The Starlite Campbell Band have a fresh take on 60s and 70s British R&B, a clean sound and an enthusiastic approach that gives their second album “The Language of Curiosity an immediate appeal!”