Recently supporting the likes of Goat Girl and L.A. Salami as well as being handpicked by The Libertines to support them on their November UK tour, Black Bordello are a truly captivating live proposition. Regularly appearing on the London underground circuit alongside fellows risers Opus Kink, Blue Bendy, Modern Woman, Malady, Honeyglaze and Robbie & Mona, they have organically garnered a reputation as one of the most exciting live acts in the country.

The band's self-titled debut album was released in 2020 to a small but fervent wave of acclaim from publications including So Young Magazine ("It takes very little persuasion to fall under Black Bordello’s spell") and Loud And Quiet ("...simply calling Black Bordello's self-titled debut album 'genre-defying' doesn't do it justice. This album is an exercise in world building.")

The band announce their first body of work since their debut album, new EP 'White Bardo' - out next March via tastemaker indie label Hideous Mink Records. The announcement coincides with the release of new single "Drones" along with an accompanying video directed by Lou Smith. Written during lockdown 2020, (somewhat illegally) in a basement underneath a closed pub, "Drones" opens with a theatrical descending bass line, before erupting into a roar of magisterial brass, fizzing synth runs, and frenzied percussion.

Discussing the initial inspiration behind the track, vocalist Sienna Bordello said: "The idea for 'Drones' came about after I watched a documentary about a Drone pilot. He was a gamer who had been headhunted by the US military and recruited into the military workforce. He was given a gaming station with Xbox-like controllers and vintage screens which showed simplistic colours, much like the platform arcade games of the 80s and 90s. He was given missions like ‘cut the grass’, ‘trim the weeds’, ‘tidy this area’. After his service was done, he suffered PTSD when the realisation that he’d been controlling the distribution and attack of drone missiles on civilians sank in. I thought of this as an interesting subject matter for the song, namely because we were in a global pandemic and all life as we knew it had been halted, yet at the same time the UK and US (amongst others)  governments had put more money into military than ever before, and had recruited more troops to attack parts of the middle east throughout our so-called ‘international emergency’. I was gobsmacked that they were passing needless military operations whilst the world was distracted by the pandemic. Every person in this situation is a puppet, but who is pulling the strings?" 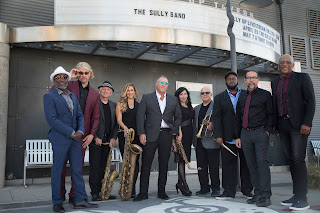 The Sully Band - When The Battle Is Over.

On March 11, 2022, The Sully Band, voted Best Live Band at the 2020 San Diego Music Awards, will release their debut LP, Let’s Straighten It Out, conceived in the hallowed halls of Henson Recording Studio in Hollywood, California (formerly A&M Studios). With Let’s Straighten It Out, Sully and his bluesy, nine-piece beast of a band take us on a journey through the ups, downs, and all-arounds of love by way of 10 classic ‘60s and ‘70s soul, blues, and R&B tunes. The album will be released via Belly Up Records, and marketed and distributed by Blue Élan Records.

This labor of love album was recorded in only five jam-packed days, with “mostly-live” versions of carefully curated love-themed songs that made a mark when they were originally released and yet also feel relevant today. Sully’s soulful, heartfelt vocals cut across layers of horns and guitars that take the listener on an emotional arc of joy, disappointment, struggle, and redemption.

Multiple Grammy Award-winning producer Chris Goldsmith (Blind Boys of Alabama, Ben Harper, Charlie Musselwhite, Big Head Todd) provided the musical curation that makes up Let’s Straighten It Out. Treasured tunes like Billy Preston’s “Nothing from Nothing” and Jackie Wilson’s “Higher and Higher” share the tracklist with lesser-known nuggets like “Hallelujah, I Love Her So” by Ray Charles; the title track, first recorded by Latimore in 1974; Shuggie Otis’ “Ice Cold Daydream”; and “I Wish It Would Rain,” first made a hit by The Temptations. Acclaimed San Diego soul singer, Rebecca Jade, shared vocal duties with Sully on Mac Rebennack (aka Dr. John) and Jessie Hill’s “When the Battle Is Over,” while on “If You Love Me Like You Say,” the late Albert Collins is evoked by Anthony Cullins, the 20-year-old guitar sensation from Fallbrook, California.

Anchored by Grammy Award-winning slayer of the bass, James East (Eric Clapton, Elton John, Michael Jackson, and many others), The Sully Band is composed of seasoned, accomplished players who hail from diverse locales like Japan, Panama, and the island of Lemon Grove. The horn section features sax-flute-harp-man Tripp Sprague (Kenny Loggins, The Little River Band, Smokey Robinson, The Temptations, The Four Tops) and trumpet and flugelhorn player Steve Dillard (The Righteous Brothers and Lynyrd Skynyrd).

Sully himself is an enigma. He caught the music bug at age six after picking up a nylon-string guitar and playing the first few chords of “Sitting on the Dock of the Bay” with his dad. In high school, the barrel-chested, all-American football player rocked out to Boston and Foreigner with his buddies, starred in every show-tune-laden musical theatre production through college, and ended each day with James Brown or Stevie Wonder on his Pioneer receiver. 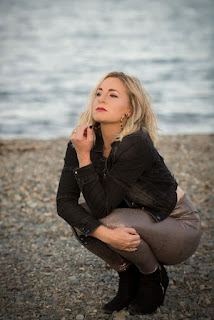 Becoming a parent completely changes one’s perspective. Singer-songwriter Chrissi Poland chronicles her journey through music and motherhood in her upcoming EP Destination Home. Vocalizing the raw balance of being an active touring musician and a new mom to a two-year-old baby girl, Poland speaks her truth about life within her contemporary styled tracks.

Poland’s passion for music was fueled when she was born into her musically inclined family and has only flourished since then. Rooted in Poland’s shift of view when she embarked on motherhood, Destination Home shares how this journey has influenced her music and all aspects of life. The songwriter’s honest mid-tempo EP highlights the universal ups and downs of parenting while striving to achieve one's dream. Hoping to inspire parents across the globe with this intimate project, Poland shares:

“When I began to write the songs for what would become Destination Home, I was a new mother and had just come off of my first tour since my daughter had been born. After growing and carrying this little human, suddenly she was out in the world, and then a handful of months later, I was out in the world, without her. What an unsettling, strange and often at times debilitating feeling, to suddenly be away from her for stretches of time. And so goes the plight of every working mother around the world, no matter what field of work.” Poland continues, “I remember being on a plane with tears streaming down my face as I wrote the words to 'Destination Home,' grappling with feelings of guilt and anxiety, of general unease."

A personal and yet recognizable sentiment, the multifaceted musician aims to let her story be heard while inspiring others to believe in their own dreams as well as in themselves. Poland shares: “The whole EP turned out to not only be a letter of love to my daughter, but to mothers and caregivers. To all the mothers and caregivers everywhere who are forging ahead with their careers and also being loving parents and guardians, I see you! This is for you.” 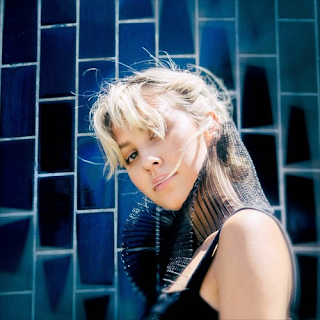 She has released the second single from that record, “Apple Boy” a fizzy pop song with a stylishly groove.