Victoria, British Columbia experimental art-rockers Pastel Blank released their latest single, “Picture Perfect,” as they continue to tease material from a debut record, due in 2022.

Discussing the track, guitarist/vocalist Angus Watt, noted, “‘Picture Perfect’ is about infatuation and idealization; how the heart sways the eyes. Starting with a few fragments inspired by Jobim’s ‘Aguas de Marcos’, the bulk of the song was written by myself & Oliver (Hollingshead) in one sitting, with Oliver playing the drum part on his lap. Unlike most of the songs we’ve worked on, this one was simply recorded in my apartment using a Tascam 388 tape machine that producer David Parry (Loving, Alice Phoebe Lou, Jons) lent me.”

Formed in 2019 in Victoria, Pastel Blank pull influence from the jerky rhythms and genre-blending curiosity of Talking Heads as well as the interlocking guitar-work of post-punk luminaries Women. Their music cloaks experimentation in pop-minded song structures. Skeletal, wobbly guitars squeeze around the propulsive engine of thumping bass and drums, driving the beat forward as Watt’s percussive vocals weave a stream of cryptics into tongue-in-cheek wordplay reminiscent of heroes such as Stephen Malkmus or Dan Bejar. 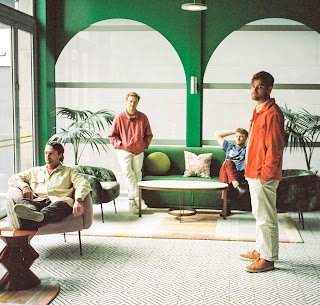 Formed in 2018, Mild Orange are made up of childhood mates, frontman Josh Mehrtens and lead guitarist Josh Reid, with bassist Tom Kelk and drummer Jack Ferguson. Their internet-cult following has reached fans from Cairo to Cape Town, Lima to LA, Seoul to Sydney, London to Ulanbutar giving them close to 50 million YouTube views alone. Together they create energetic, summer-bummer psychedelic rock complete with compelling lyrics and are known for their relaxed and buoyant sound. Their music has racked up close to 50 million+ YouTube views combined and on Spotify millions of streams including 16 million+ alone for their breakout single, ‘Some Feeling.'

"We recognise that everybody's 'fire' is going to be different, so we would like to leave this song up to personal interpretation, whether that 'fire' be political, societal or one's personal motivations. For me, 'What's Your Fire?' came from a time in my life where I was trying to figure out who I am, or who the person I want to be is.

It asks oneself some intense questions, though hopefully helps oneself find light in the idea that there is always something that you can do to improve yourself or the world around you - no matter how big or small. It's when we ask ourselves these questions that we consider a potential answer. We have been playing it as an encore at our concerts and festivals in NZ for over a year now, and since then, it has been a highlight of our live sets with it always being the main takeaway from the set when we talk to fans after the show. 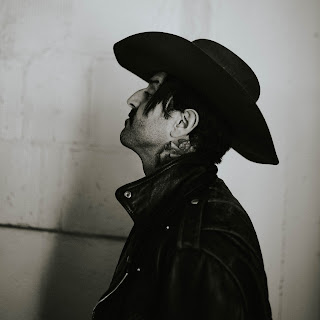 Wild the Coyote - Under the Weather.

Wild the Coyote has released his newest single, “Under The Weather,” from his upcoming EP, 7 Roses. The EP’s second song revives the heavy and powerful experience that Coyote brings to the country music world. “Under The Weather” is available now to stream and download on all streaming platforms worldwide.

“Under The Weather” pairs strong guitars and emphatic vocals to create a unique sound only Wild the Coyote can deliver. The western, outlaw-country track adds rock, alternative, and blues elements to give the record its distinctive edge. Produced by Joseph Holiday and engineered by Tito Woods, the song covers a harrowing topic that shook Wild the Coyote to the core. “Under The Weather” follows the story of a man trying his best to keep it together for his family, but can’t shake the troubles of drugs and alcohol that are tearing his family apart. "I had never been inspired to write a song the way that I was with ‘Under the Weather,’ and in a way, I’m not too proud of that,” says Coyote. Listeners can feel the emotion radiating from the lyrics through his powerful storytelling.

“With this song, I was at the wrong place at the wrong time and witnessed a devastating argument between family over drugs and alcohol destroying their relationship,” says Coyote. “It was painful to see the destruction those two poisons can have on a relationship, especially when there are kids in the picture. I’ve had my share of troubled run-ins with alcohol, so I went and wrote a song that hurt me to the core.” His ability to bring an immersive story to life through music has led him to create a unique and original listening experience.