Massage - I'm Going In A Field.

Lane Lines is the surprise product of those informal sessions — a flash of pent-up creative energy that serves as both a companion piece to Still Life and an exploration of textures and influences that didn’t quite fit the full-length but have always been deeply embedded in the band’s DNA, with new echoes of 1980s artists that sought to refract the 1960s through their own skewed prisms: Flying Nun, the Paisley Underground, The Feelies covering The Beatles, “Second Summer of Love” New Order.

“The songs on Still Life and Lane Lines seem to straddle the line between indie and pop without exactly being ‘indie pop,’" Romano says. “To me they feel more like descendents of ‘college rock’ — a moment that lasted from about 1986 to 1991, right before the underground and the mainstream converged, when it seemed like any scrappy indie band might stumble across a hit.”
Mt.St.Mtn. · Massage - I'm Going In A Field 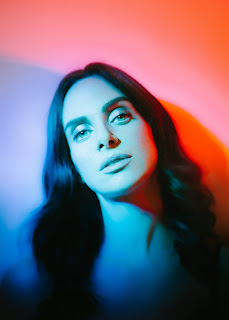 Blooms first burst onto the scene in 2014 with her dark blend of electro-pop and debut EP, ‘If’. Since then the Irish born artist has won the acclaim of the likes of Wonderland Magazine, Noisey, Complex and Clash Magazine. Having honed her craft over the years, Blooms now returns with an ethereal new offering ‘Focus’. The dark indie-pop track incorporates hushed vocals and frosty synths which capture the emotion and longing behind the track’s meaning.

"It's about loving someone but not knowing if you're in love with them. It's about questioning why you can't focus on them or feel the love they have for you, about feeling guilty for not being grateful for what you have" - Blooms shares

The new release follows on from Blooms’ most recent offering ‘Text Me When You Get Home’, a haunting and poignant track that sought to raise awareness on the issue of women’s safety. The track highlighted the hard-hitting reality of all the actions that women and girls feel they must take themselves to try and stay safe in a culture of male harassment and violence against them.

El Paso-based artist, Ziemba – a moniker for songwriter, producer, vocalist and pianist, René Kladzyk – is today sharing a duo of singles, "Set in Ice" and a cover of the holiday favorite, "I'll Be Home For Christmas," the latter of which arrives with a technicolor video directed by Kladzyk. These two tracks follow on the heels of last month's release, "Fear" arriving as another installment of Kladzyk's forthcoming album, Unsubtle Magic which is due out next Friday, December 10 via Sister Polygon Records.

The holiday season is a horrible time to be grieving. Family gatherings and omnipresent nostalgia can amplify a loved one’s absence, becoming constant reminders of what is lost. René is acutely aware of that feeling. After Kladzyk’s father suffered a stroke in December 2019 and died on January 2, 2020, Christmas associations were radically and permanently transformed. Unsubtle Magic navigates the holiday season through the lens of grief; journeying “a year and a day” from the initial loss through the following Christmas, a grim anniversary.

"Set in Ice" and "I'll Be Home For Christmas" provide two crucial cornerstones to the record. The former is a reinterpretation of a song that her father wrote in December 1974 while he worked as a touring musician under the moniker Aurel Roy.

When discussing "Set in Ice," René explains: "He [my father] wrote hundreds of songs during his 12-year music career, but when my mom got pregnant he quit music entirely and got a 9 to 5 job at an automobile manufacturing factory in rural Michigan. Growing up, he seldom talked about that chapter of his life -- as a kid I was always curious about it and would try to pry stories out of him. He mostly would just say he didn’t remember, or that it felt like another life. But when I started working as a touring musician he was so proud of me, something I think is a rarity for parents of broke musicians. He would comment on how difficult what I was doing was, and started to share more stories from that time in his life with me. Beyond being his kid, we formed a new bond around our shared trials as working musicians. He was a trusted (and sometimes brutal) advisor and a constant cheerleader. After he died, his songs and lyric notebooks became an important gateway for me to continue expanding my relationship with him. His version of "Set in Ice" was an unadorned piano ballad, but I reimagined it as a driving song, picturing him at the wheel on long solo road trips. It has an endless quality to it that I identify with: “get up every morning just to sing these songs.” Covering his songs feels like a form of magic, a way to bring him back for just a moment, or to catch a glimpse of a version of him I never knew in this life." 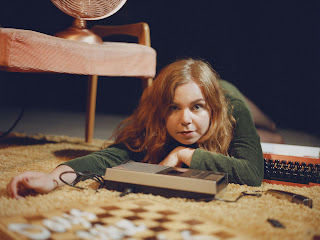 With her dynamic expression, shaped by influences from Fiona Apple, Ane Brun and Kate Bush, Wilma Nea debuted with the EP "Issues" in 2020 and quickly received a warm reception from a united group of critics, including The Line Of Best Fit, NBHAP, Aftonbladet and Dagens Nyheter. As Wilma gets ready to release her debut album "This Too Shall Pass" on March 4th, it's with an equal force.

Now she releases the single "Days Like This" taken from the upcoming album with an accompanying music video in a moody 60's setting. In the video we see Wilma portraying entrapment and being stuck in old patterns.

"It was really fun to shoot all the scenes, especially the dancing. I love the world we built and I think all the scenes really speak. For example, at the end there's a little sequence where I control myself as a puppet with hand movements, which I think represents taking control in a cool way."

The video is directed, filmed and edited by Ebba G. Ågren, based on concepts from Wilma and Ebba. It was filmed in the summer of 2021 at Studio Stor in Malmö. The choreography is by Monica Malmén.

On the upcoming album "This Too Shall Pass", where Wilma also debuts as a producer, we hear an artist exploring stories about daring to communicate her needs, daring to let go and start breathing again. An honest, raw and naked portrait of relationships, the importance of self-respect and growing as a person.