Hot off the heels of the release of his new EP ‘Coordinates Remain’, Danish artist Lasse Matthiessen is set to release a perfectly reflective new single for Xmas time, ‘Closer’.

The new single continues a bold new change in direction for Matthiessen which he fleshed out with ‘Coordinates Remain’. Having previously built up a large following with a folky sound, the EP and ‘Closer’ push in a bigger, atmospheric, electronic direction. The works are Matthiessen’s most experimental and effect-bearing pieces to date.

The striking change in sound and new material was inspired by a dive back into the memory banks of Matthiessen’s past during the lockdowns of 2020. Having re-visited many child-hood haunts and feelings during this time, the music plumbs deep depths and eschews genre categorization, combining a feeling of melancholic dystopia with big electronic-pop moments and then evading the listener completely in a mysterious nostalgic shadow.

‘Closer’ seems to have refined this melange of intriguing gorgeousness superbly. On the track, Matthiessen explains, “I wrote the song ‘Closer’ two years ago in Berlin in a warm apartment situated in “party street” in the Friedrichshain district with the producer Hannes Butzer. I arrived three hours early by mistake and had to go back home again to the shared apartment I lived in with a German artist and painter.
Sometimes when I was away he used the apartment to paint and he had just finished a series of prints printed with some kind of toxic fluid and the smell was all over the apartment as was his prints: On the table, on the floor and on the walls – his black paintings and prints. I wrote the outline of a ‘Closer’ then, on my old piano and I guess I was kind of influenced by all these impressions.”

The invitingly intimate soundscape on ‘Closer’ is characterized by the piano played by Philipp Milner (from the duo Hundreds) and the pumped bass-beat at the end of the song after the last chorus with Matthiessen’s vocal sounding heavy with emotion. The progression from haunting cinematic atmospherics to pulsating infectious anthem shows an uncompromising songwriter at the top of his game, who’s not afraid to take risks in order to create exhilarating sonic magic. 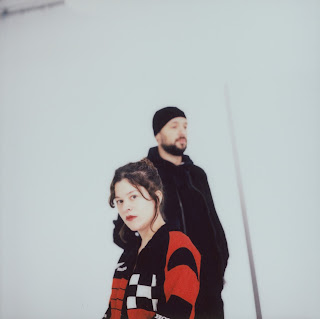 Following four studio albums and one live album, HVOB are about to release their sixth album: TOO is an angry, tender, vulnerable, determined account of a generation's search for life. The album explores extremes in concept, content and sound. It breaks with the tradition of releasing the entire album following the advance release of a number of singles. The eight tracks from TOO will be released individually and sporadically. This way, the album grows into an eventual whole over a period of six months.

HVOB share the second part of their 8 track album in new single ‘Capture Casa’ - out now.

The first track from the new HVOB album "Bruise" was released on November 18th. The eighth and final track from TOO will be released to coincide with the start of the world tour in April 2022. 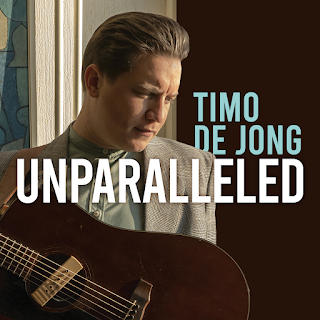 Timo de Jong has released the track 'Unparalleled'. This is the lead single from his new EP 'Dawdle'. For this EP Timo works for the first time with a producer, Thomas Olivier (Hackensaw Boys, among others). Before the Corona epidemic, Timo played more than 100 shows a year, but during the last period he has been forced to focus on what he does very well; writing new songs. He will present the result of this on 19 December in the Neushoorn, Leeuwarden.

Timo himself says about this new project: “This EP means a lot to me, because it's the first time that I was able to really let go of things during the process. Working together with Thomas has not changed my sound, but has improved and refined it. I believe that I have made great growth.”

During the past year, Timo de Jong and producer Thomas Olivier have been working on the music together, from demo to the final product. A conscious choice was made for a characteristic sound with an appreciation for a warm and natural-sounding production. For example, all vocals were recorded with a microphone from the 1950s and all songs were recorded live. Lyrically, 'Unparalleled' is a helping hand, a musical heart under the belt in which Timo shows that love songs don't have to be all doom and gloom.

Timo de Jong is an authentic musician who lives for (and from) live performances, of which he has already performed more than 600. That includes three successful tours through England, and performances in Germany and Belgium. Whether it's an intimate living room concert or a band performance in a pop hall, Timo does his thing, and that thing is: making good music.

He makes his music in order to realize, to tell and to heal. In doing so, he takes experiences of himself and those around him, and then writes a universal and appealing text about them. Behind the scenes, Timo de Jong has been refining, improving and crystallizing his music for several years now. He moved from folk to rock 'n' roll, eventually arriving at Americana.

The EP's release show is on today in the Neushoorn, Leeuwarden. The EP will first be released only on CD and will only be available to listen to on the streaming platforms in its entirety in 2022.