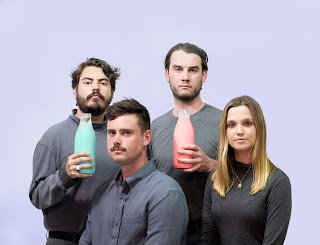 Aeroplane Mode - In A State. Melbourne dream-pop 4 piece Aeroplane Mode are ready to hit the skies again with their sophomore single and videoclip for 'In A State'.  Mastered by Joe Carra (Babe Rainbow, San Cisco) the band have been able to create their own take on the dream-pop genre with rich jangle guitars, sweeping synths and honest lyricism. 'In A State' was inspired by the notion of growing up and the acceptance that comes with embracing change. As the band's bassist and songwriter Carlos explains: "The main concept that ‘In A State’ explores is that of a typical boy-meets-girl scenario, and the butterflies associated with a first crush". Exploring different vocal aesthetics and soundscapes, the single leans into a more upbeat tune and borrows the vocals of band's guitarist Brandon. "It is our mission with this single to make clear to our audience that we have two frontpeople in the band." continues Carlos. Releasing alongside a video
Post a Comment
Read more 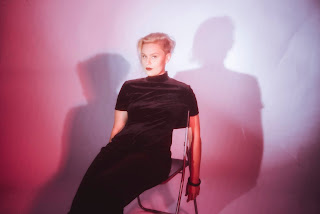 Charlotte Jacobs - Other Half. Charlotte Jacobs is sharing the music video for her new single, "Other Half". Charlotte describes the track as, "I think this song is about being close to another half- which can be another person, but I think also another part of yourself, and I think the images used in the video translates the music really well." Brooklyn-by-Belgium vocalist Charlotte Jacobs transposes her world into music. Sights, movements, sounds and places coalesce, reflecting the artist’s surroundings in lush electronic unison. Born and raised in her parents’ art gallery in a small village in the Flanders countryside, Jacobs’ dense avant-pop arrangements pull influence from visual art, poetry and contemporary dance, converting one artistic medium into another. After spending several years performing in Belgian electronic trio SEIREN while studying jazz vocals at The Royal Conservatory of Ghent, Jacobs began writing her own material, experimenting with vocal man
Post a Comment
Read more

Laurr - Danny Golden - The Stars of Disaster - The Catenary Wires 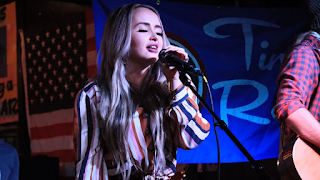 Laurr - Sell My Soul. Singer songwriter Laurr shares a mystical lyric video visual for latest single release "Sell My Soul."   "The inspiration behind Sell My Soul came from what people did or would be willing to do for money during quarantine in April. I myself had to work three jobs to keep from feeling insecure in a time of uncertainty. While others decided to take some unsavory paths, which were also very tempting to me. In the end, would those less savory paths be worth "selling your soul" over, and what is the dollar really worth? With the help of my producer/co-writer Corey Lawson, I feel we were able to capture the meaning of the lyrics with a driving bluesy melody and dark tone,” Laurr explains. The alternative country songstress premiered the lyrical visual on Music Crowns. Laurr’s musical inspirations derive from the wide spectrum of genres her parents would listen to throughout her life. From Sublime, The Red Hot Chili Peppers, and Amy Winehouse, t
Post a Comment
Read more 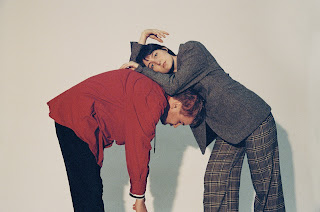 Photo - Lamia Karic Wy - Dream House. Wy are a band strongest at their most vulnerable. The Malmö indie duo, Ebba and Michel Gustafsson Ågren, have showcased their musical skills across two albums, 2017’s Okay and 2019’s Softie which gained them recognition from KEXP, Line of Best Fit, NBHAP, Tonspion, CLASH and more as well as tours in Germany, Scandinavia and the UK. But what makes them stand out as a band is the raw, brutal emotion they capture in their music. A Wy song at their best sounds like opening it all up, and letting the feelings flow where they will, letting the pain, anger, fear, hope and love steer the song. Those emotions are spun into the band’s skyscaping, cinematic sound, and turned into music that has a force behind it, a power that hits you, even when it's at its softest. And that power that illuminates the band’s songs is more present than ever on their new album Marriage which is out on May 7th, Dream House is the first single. Marriage is the first record s
Post a Comment
Read more 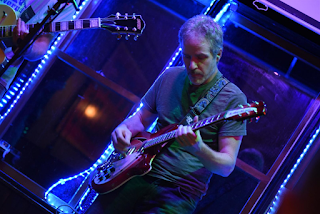 Chris Pellnat - Crossing (Album). Chris Pellnat is a songwriter from Hudson, NY, USA. In addition to solo work and collaborations, he also plays electric guitar in the band, The Warp/The Weft. His new album released a few days ago is called 'Crossing'. Chris explains why that's the album title. "Why Crossing”? Crossing the line Crossing over Crossing the rubicon Crossing the divide... "You get the idea: This album is about moving on to something new and unexpected - musically, spiritually and as part of the natural arc of life. But it’s not a dreary lecture - it playfully upends indie norms in a distinctive way, with lots of dulcimer, vibraphone and guitars." Chris and the band The Warp/The Weft have been featured here a number of times in the past. I never tire of hearing new music from either party, the freshness, creativity and warmth is always notable. Although these day's I rarely comment on new material (it's a given that I like it - see the co
Post a Comment
Read more 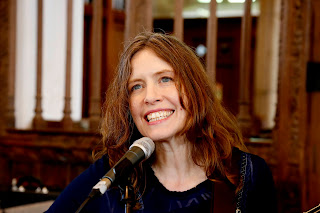 Sarah McQuaid - Charlie’s Gone Home. For the second and third singles of her new album and video series The St Buryan Sessions, Cornwall-based singer-songwriter Sarah McQuaid delves deep into her back catalog to resurrect “Charlie’s Gone Home”, the first original song she ever recorded as a solo artist, then jumps forward again with “The Day Of Wrath, That Day”, a powerful instrumental composition for electric guitar. Originally recorded on her 1997 debut album When Two Lovers Meet, “Charlie’s Gone Home” wasn’t a brand new song even then, Sarah recalls. “I’d actually written it back when I was still living in Philadelphia, so it would have been the late 1980s or early 90s. I can remember very clearly the day I wrote it – back in those days I was still thinking of myself not as a songwriter but as a folksinger who happened to write an occasional song when inspiration struck, so to speak. “I remember reading an interview with some poet whose name I can’t remember, where she said that wh
Post a Comment
Read more
More posts