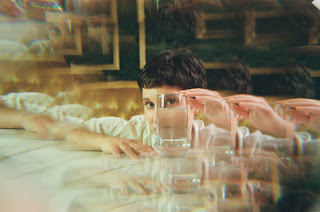 Bell Jar is Angela Sclafani’s forthcoming single that blends her pop sensibility with compelling flares of folk and Americana. Inspired by Sylvia Plath’s 1963 novel, the song uses literary imagery to encourage the listener to “shatter” the conventions that hold them down- be it family, lover, or state of mind. The single features production and instrumentation by producer/songwriter Katie Buchanan.

A two-time first-place winner of the Great American Song Contest's Adult Contemporary category, her music has been praised for its “engagingly original lyrical story, inventively appealing imagery and smartly crafted melodic design.” Angela’s music earned her a finalist spot in both the 2021 Unsigned Only Competition and the 2020 John Lennon Songwriting Contest. She was a 2020 semifinalist in the acclaimed International Songwriting Competition. 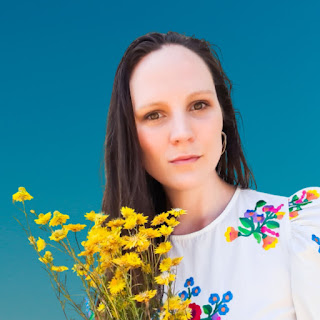 Following the success of her first three releases, I Didn’t Realise, I Heard Somebody Talking and Anxiety, Karen Harding is releasing catchy indie pop track, ‘Something Special’ on Friday 11th February 2022.

‘Something Special’ is a song written as a conversation to an individual who cannot see how special and valuable they are. They are riddled with self-doubt and low self-esteem. From the outside, the writer wants to tell them how much they are truly appreciated and how special they are.

“Christmas Day 2021, I was unwell and missed all the festivities.. Instead, I was able to spend the day creating the 16-layer song ‘Something Special’. I wanted to portray a sense of freedom and gratitude within the song and felt that nothing felt more like freedom than the sound of the ocean waves rolling in.. If you listen carefully, youcan hear this subtly throughout the song.”

Mastered by Pivotal Music’s Joshua Hennessy, ‘Something Special’ is Karen Harding’s first fully self-recorded and produced release. With music ranging from the singer/songwriter genre to indie pop, Karen Harding’s alluring vocals can be likened to the emotive sounds of Sarah McLaughlin, Sara Bareilles or Eva Cassidy or the more pop based feel of Gabrielle Aplin, Adele and Ella Henderson.

Music has always been a part of Karen’s life, beginning piano lessons at the age of 6 and singing lessons at 14. She has played at many cafes and bars around the north-eastern suburbs of Melbourne, Australia, in a combination of solo, duo and band performances, that have contributed to the sound that you hear today. 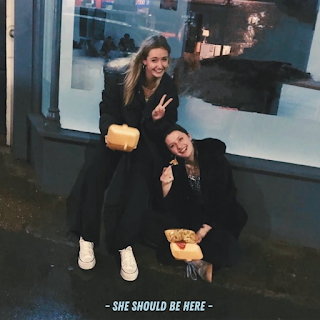 Katie Kittermaster - She Should Be Here.

When we ask Katie about the song she says: “I wrote SSBH during lockdown by myself. The song follows the story of a group of girls on a night out – getting ready to go, at the bar, in the bathroom, at the kebab shop and waiting at the taxi rank for a ride home. For me this song perfectly captures how I've felt about a particular friend who I had fallen out with.”

With her spry pop framework, Katie Kittermaster articulates the melancholy of young adulthood with wit, warmth and clarity. She possesses an ability to express some of the more difficult, confusing aspects of human relationships in a lucid, plain-spoken way. That makes her songs, even in their most downcast moments, a study of resolve, strength and triumph. Katie's latest single 'Good Liars' is a song like this and was played on 120 regional radio stations in the UK, including 'Amazing Radio' and 'BBC'.

With her spry pop framework, Katie Kittermaster articulates the melancholy of young adulthood with wit, warmth and clarity. She possesses an ability to express some of the more difficult, confusing aspects of human relationships in a lucid, plain-spoken way. That makes her songs, even in their most downcast moments, a study of resolve, strength and triumph.

Kittermaster was well aware of this power from the starting gun, leaning mostly on guitar and voice on her 2019 EP ‘Coming Home At Dawn’. Hitting the road with the likes of Kaiser Chiefs, Scouting For Girls, Ronan Keating and Lucy Spraggan in her career’s formative stages made it abundantly clear that crowds really homed in on her honest, conversational songs, which have gathered millions of plays worldwide.

Katie Kittermaster · She Should Be Here 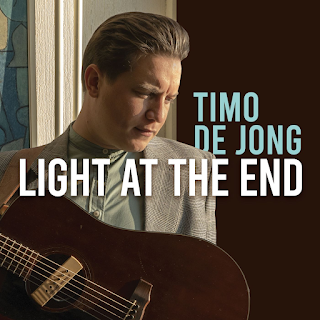 On Friday February 18, Timo de Jong will release his new single 'Light At The End'. This is the second single from his upcoming EP 'Dawdle'. An atmospheric song in which the question is asked where we are going.

“For me, 'Light At The End' is an expression of thoughts that I have been walking with for a long time. I think that we are now at a tipping point and that we have to be careful about which direction we choose for the future,” said Timo.

For this single, the Leeuwarden musician works together with a producer, Thomas Olivier, who contributes ideas about the process and makes Timo aware of his 'blind spots'. During the past six months they have worked on the music together, from demo to the final product. A conscious choice was made for a characteristic sound with a warm and natural-sounding production. For example, all of Timo's vocals were recorded with a microphone from the 1950s.

Timo de Jong is no rock singer. With a deep, warm singing voice he is more reminiscent of crooners like Chris Isaak, Marty Robbins and Perry Como. Although clear influences can be found from the 1950s to the 1970s, Timo's music can still be described as timeless due to the tasteful productions. He is an old school musician who lives for (and from) his live performances, of which he has done more than 600 to date. This includes three successful UK tours and performances in Germany and Belgium. Whether it's an intimate living room concert or a band performance in a pop venue, Timo does his thing and that thing is: making good music. 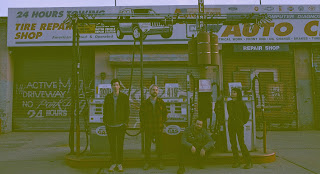 "Thursday" is the lead single from Sooner's debut album, Days and Nights.

On the track, the band shares "Like a lot of themes in our music around contrast (i.e. Days and Nights), the lyrics are pretty different from the feel of the song – centered on a complicated and abusive relationship."

Formed in 2016, Sooner blends alternative rock, dream pop, and shoegaze in a style that is both lush and energetic – with Federica Tassano’s ethereal yet powerful vocals haunting every song.

After fits and starts and pandemic delays, Sooner are now finally able to bring their grand, whirring dream-pop to the fore. Meditations on a deep longing for an impossible love, dreams of being inextricably connected and nurtured by nature and heavier subjects in depression and addiction come together to rise up beyond the darkness and celebrate the depths of emotions. 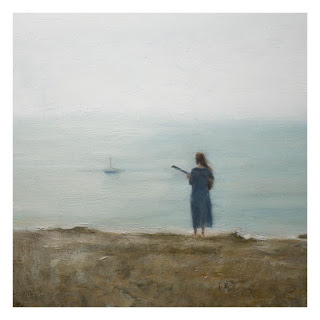 Following her 2018 album Follow, which received critical acclaim from both the UK & Swedish press, Scandinavian singer-songwriter Malin Andersson returns with Reef – the first single from her upcoming album Space To Feel.

The idea behind Reef grew from concerns around the world’s environmental crisis & humanity’s elemental connection to nature. The song likens humanity’s direction of travel to a ship that’s sailed into a reef and now stuck, is trying to figure out how to re-establish some sort of balance, both collectively & individually. Malin says of the release: “Reef is the first in a collection of songs I’m writing about ‘high sensitivity’, deciding to no longer apologise for my own vulnerability whilst encouraging others to do the same. It’s a gift to be sensitive, use it & don’t hide it!”

The video was shot by London based film director Alex Simpson. Known for her work with Apple, Channel 4, Guardian & The BFI, Alex collaborated with Malin in pulling together imagery inspired by the lyrics & shot it on both digital & super-8 formats, creating a perfect amalgam of sound and vision.

Originally from the Swedish village Tibro, Malin grew up in a multi-generational musical household & at the age of eight she started writing her own songs. Citing musicians Joni Mitchell, Joan Baez & Anna Ternheim plus author Virginia Woolf & Swedish poets Edith Södergran & Karin Boye as inspiration, Malin’s gentle finger-picking guitar, along with her contemplative lyrics & evocative melodies soon caught the attention of SKAP (the Swedish Society of Songwriters, Composers & Authors), who presented her with the prestigious SKAP Award for Emerging Artists & Songwriters. Later, Malin moved to London where she collaborated with various songwriters & producers developing her sound. Also, since living in the capital, she’s played over a hundred shows at many venues including the legendary Union Chapel & The Lexington to name a few. 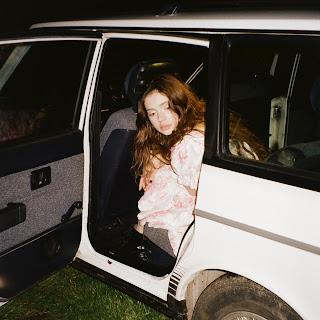 Fast rising newcomer Sophia Alexa continues to build the rising momentum around her name with Hit and Run, the follow up to well received debut single, House Of Cards. Having gained acclaim from areas such as Wonderland and Fashionably Early, Alexa beguiles again with her dreamy brand of indie -pop. Speaking on the release, she states:

I wrote ‘Hit and Run’ after I noticed myself feeling the need to escape every time I got too close to someone. I was afraid of feeling trapped or attached even if the relationship was positive. The escape felt like a defense mechanism and writing this song was a way to summarize that feeling. In the process of writing it I wasn’t sure if the title was too dark so contrasting it with more uptempo drums was a great way to hide the reality of the lyrics.

Sophia Alexa is a singer-songwriter with an intriguing background; born to German and American parents in California, she was raised in Amsterdam and has been based in London for over 10 years. Moving schools and cities a number of times, she often found herself feeling like an outsider and music was the one constant she could cling to. Growing up, Sophia developed an enduring love for classic singers like Joni Mitchell, Carole King, Stevie Nicks and Neil Young who have all influenced her style, mixing folk-inspired pop music with an electronic edge and her soulful voice as the focus.