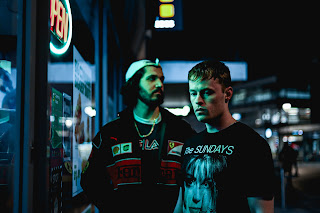 Laying their foundations in Sheffield and Coventry, The Last Broadcast is a coming of age project made up of frontman Kyle McGurk and drummer Paolo Lombardo. TLB presented the pair with a vehicle to navigate and make sense of the confusing and complicated transitional period from youth to adulthood.

The project encompasses a range of emotions and life experiences. Melodic and fuzzy tracks bursting with sunny indie nostalgia and swoon pop are contrasted with deeply introspective lyrics that wrestle with the dark side of human condition. 90’s and 00’s influences are heard throughout the pair's arrangements, with nods to the likes of John Mayer and New Radicals as well as contemporaries such as Wolf Alice, Penelope Isles and Hatchie.

“Daisy is a song about forgiveness, it is asking for forgiveness” says frontman McGurk. The track explores the aftermath of a traumatic event of a loved one that occurred at a young age. ’Daisy’ looks back to this period of time in hindsight, as the bystander to the individual. It navigates through the questions and emotions experienced from this situation, feelings of regret for not understanding the situation due to childish naivety, the need to have been there for them, and the acceptance of being wrong. Emphasising the lyrics “I’m sorry for naivety It’s our fault not yourself”, ‘Daisy’ strives for forgiveness but above all seeks for hope, happiness and closure. 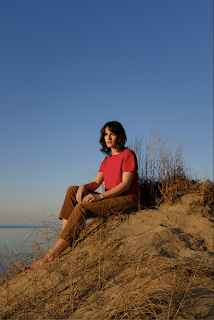 “I wrote the album in a tiny apartment, at a time when everything felt big and overwhelming,” says poet and songwriter Jenny Berkel about her new album, These Are the Sounds Left from Leaving, out May 13 on Outside Music. She was living in a brownstone walk-up full of radiant light and the ever-present soundscape of a leaky bath faucet. It was a sudden move at the time—a spontaneous departure from touring, bustling city life, being many things to many people—that landed Jenny in a space of self-imposed stillness.

“The songs themselves are a study of proximity, bringing big fears into small spaces,” says Jenny, reflecting on the album. “They’re intimate examinations of a world that often overwhelms.” Each song is set in the micro-world of a keen feeling observer, trying to parse a mindful moment in a setting where it feels impossible to drop a truth anchor—a post-Trump, heavily gaslit world where perceptions of reality remain distorted. “Kaleidoscope,” the first single from the album, is a dissonant and poetic consideration of the importance of care and precision in language, both in the broader political landscape and in intimate emotional ways. From the heart-wrenching confusion of interpersonal manipulation, it extrapolates a collectively felt disorientation at the kaleidoscopic swirling of disinformation and misinformation. “Lavender City” is a more intimate look at lies. A breakup song with crescendoing strings, insistent percussion and hopeful harmonies, it’s about gaining the capacity to see clearly again – but with the painful entailment of anatomizing the lies that drew you in. Looking beneath them to see what’s inside.

Songs like “July” and “Just like a River” embody a similar dichotomy, but feel more like mellow meditations; they are recreations of moments where small, specific reveries gave way to more sprawling contemplation–but in an appreciably peaceful and illuminative way. “July started as a tiny chorus written for somebody I thought I could maybe love someday,” Jenny says with a smile, in a conversation about the seeds of the album’s singles. “It was a hot summer, one that reminded me of being a small child in the middle of July in southwestern Ontario. It’s a love song, but it’s also a nostalgic song that expresses how memory shifts and shapes you, and how the stories we tell become who we are.” 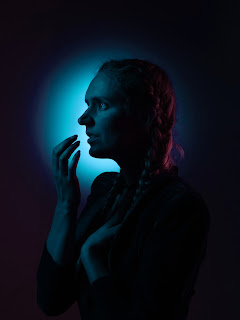 Adelaide singer-songwriter, Anya Anastasia, made her debut with her fusion of experimental folk and West-African inspired desert rock in the form of her single 'Losing Wild' on January 28. She is now letting her heart go wild with the stunning visuals in the accompanying music video.

Filmed, directed and edited by Aaron Austin-Glen, the clip is a surreal performance in the picturesque plains of Lake George in NSW, that has Anastasia reconnecting with the earth that she walks on. Taking years of experience in theatre and contemporary performances, Anastasia choreographed the piece with help from Elizabeth Cameron Dalman.

Like channelling a wild beast, her movements are with ferocity and untamed freedom. When artistically paired with the perspective from above with the help of the drone, we see her movements take a whole new shape in the form of her silhouette on the earth canvas.

Moving through wide-spanning shots of the ominous landscape to Anastasia's captivating performance, the music video innately feeds into the earthy arrangements and gravitating feeling of the track that questions the destructive path that society is on - laying waste to the natural world and our creative, playful minds. 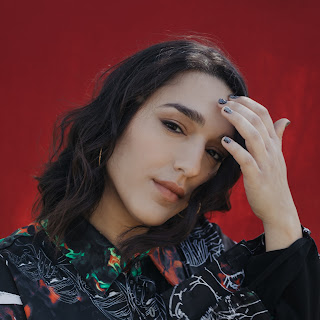 Roni Bar Hadas - Is It Love.

Roni Bar Hadas is a singer-songwriter based in Tel Aviv. After years of playing with various bands, she burst onto the scene with her debut album Calm the Beast last November, winning acclaim across the globe.

Roni started her musical journey as a classical musician. Yet she felt the need to create her own original work and began to pursue the freedom and courage missing in her experience as a classical singer, in her writing. Over the last couple of years, Roni has been gaining listeners all over the world, touring with her band and playing in major festivals. 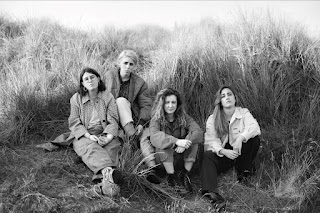 Last month Dublin's Pillow Queens announced their sophomore album Leave The Light On, their first release on Royal Mountain Records (Wild Pink, Alvvays, US Girls), which is due out on April 1st. The band have been quietly building momentum on their side of the Atlantic since the release of their 2017 debut EP Calm Girls, selling out shows in their native Ireland, supporting artists like IDLES, Pussy Riot and Future Islands, and earning enthusiastic support in the UK before they independently released their 2020 LP In Waiting.

The album was a major breakthrough for the band, earning them praise from outlets like The Guardian, who called them "2020's most exciting indie rockers," NPR, NME, DIY, and The Line of Best Fit, a Band To Watch feature from Stereogum, an Irish Album of The Year nomination, and most remarkably of all a US national television appearance on the Late Late Show w/ James Corden.

Now the band are sharing the second single from the new record, a track called "Hearts & Minds" that singer/guitarist Pamela Connolly describes as capturing the reoccurrence of teenage insecurities occasioned by the band's rise to prominence and the imposter syndrome she experienced as a result.

"'Hearts & Minds' is about experiencing the feeling of being a teenager again," explains Connolly. "The insecurities about body image and ability when it comes to being a musician that’s seeing themselves recorded and pictured, as well as commented on. It deals with the idea of imposter syndrome when it comes to an industry that favours the male form and the insecurity of not being able to be effortless with your movements." 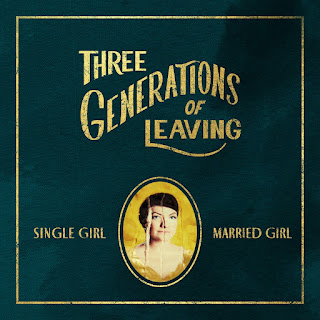 L.A.-based pop/folk/Americana outfit Single, Girl, Married Girl writes simultaneously beautiful and devastating songs with poetic, perceptive lyrics that astutely capture what it means to be human. Steeped in a folk songwriting tradition that harkens back to Pete Seeger and Joan Baez mixed with modern songwriting elements in the style of Jenny Lewis and Brandi Carlile, the band fearlessly tackles issues ranging from loss and drug addiction to insecurity and depression. Since its release in November 2021, the album, Three Generations of Leaving, which chronicles the trials and traumas of three generations of women from the same family, has been praised by fans and critics alike, including No Depression, American Songwriter, The Bluegrass Situation, and more.

Jon Pareles of The New York Times highlighted “Scared To Move,” which features harpist Mary Lattimore, in The Playlist, stating, “With patient arpeggios and soothing bass notes, [Lattimore] builds a grandly meditative edifice behind Chelsey Coy, the songwriter and singer at the core of Single Girl, Married Girl… Coy’s multitracked harmonies promise, ‘In a strange new half-light, I will be your guide’ as Lattimore’s harp patterns construct a glimmering path forward.”

The collaboration came about after Coy discovered Anderson’s work and reached out to him via Instagram. “We felt his style and sensibilities were a perfect match for our song, which is on the lush and atmospheric side,” she says. “The piece he created is everything we hoped for: visually arresting, transportive, meditative, hypnotic. It’s gorgeous. The different scenarios depicted are both quirky and alluring, almost lonesome. We could not have envisioned a better backdrop to this heavy emotional journey and physical connection we’re attempting to convey in the song’s lyrics.”