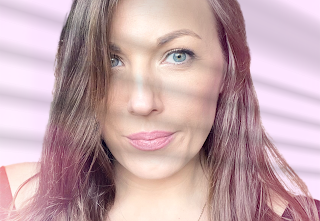 Ellen Arthur Blyth is a Dublin based singer songwriter. Her unique, soulful sound blends classic artists such as Billie Holiday and Peggy Lee with contemporary hints of Katie Melua and Lana Del Ray. Honing her craft over the years Ellen is excited to unveil her debut album ‘Nine’ in 2022. Leading up to the album release is her new single ‘Young Ones’. With a seductive vocal line and jazz-infused instrumentation, the new offering is a tantalizing tease of what we can expect more of from Ellen Arthur Blyth.

“It's less about falling in love and more about choosing to stay in love, trying to find magic and playfulness with someone in the mundane of the everyday. It's striving to be someone’s safe place in a world that can seem overwhelming at times. Love is a choice and so it’s important how we frame it.” Ellen shares.

The track was recorded as part of her upcoming debut album ‘Nine’ in Hell Fire Studios, Dublin and produced by Alex Borwick, head engineer at the famed Grouse Lodge studios in Ireland.

The impressive sound walks a tightrope of consonance and dissonance, nostalgia and joy, resulting in a finely poised drama of soft, lilting melody and haunting wistfulness. The vocal, at once resonant, is at times achingly honest and captivates from beginning to end. With the plethora of talent behind it, ‘Nine’ does not sing like the debut album it is, but instead stands as an accomplished piece, unapologetic, stylish, and yet encapsulating the fears and aspirations of a nine-year old girl tottering about in her sister’s high heels whilst belting out numbers into her hairbrush.

There’s something mesmerizing about the fingertips of Dana Gavanski. Conducting each note with a light gracefulness, they appear to dance whilst aiding their owner in expressing the stories behind each of her lighter-than-air tones. Stories which, on her new album When It Comes – out April 29 via Flemish Eye (and Full Time Hobby outside of North America)  – may never have been heard if not for healing ‘lost’ vocal cords and a lesson in taking the rough with the smooth.

“In many ways this record feels like it is my first,” Dana tells. “When I could use my voice, I had to focus so there is an urgency and greater emotional trajectory than before… it’s very connected to vocal presence, which extended into an existential questioning of my connection to music. It felt like a battle at times, which I frequently lost.”

Arriving where introversion and extroversion meet, When It Comes is Dana’s most vulnerable record to date. A Canadian-Serbian artist unafraid of extremes, she seamlessly blends her love of music from the 50s-70s with mythology. Led by instinct in its purest form, Dana’s latest chapter is an ode to the voice as an instrument – its power, and how intricately it can deliver words to tug at, and tie knots in, every heartstring. “Words can be taken quite literally, but to me, a lot of the time, they are pivots. They point in a direction but don’t necessarily stay there,” she says.

The follow-up to her 2020 debut Yesterday Is Gone was started in Montreal, ended in Belgrade, recorded back in London at Total Refreshment Centre, and then mixed by Mike Lindsay (Tunng, Lump). It offers something altogether more atmospheric and widescreen, as heard in the idiosyncratic carnival arpeggio grooves of the first single "Indigo Highway."

Many Voices Speak - Seat For Sadness.

Many Voices Speak has announced her return with second album 'Gestures', released on 29th April via Strangers Candy. Many Voices Speak, the project of Swedish musician Matilda Mård, has always found its power in its ability to capture an eternity in an expression. Mård’s elegant, yearning dream-pop makes the world seem to slow down around it, where time stretches out, and you can get lost in the deep pools of memory and emotion. After the success of her 2018 debut 'Tank Town,' her new album 'Gestures' showcases her growth as a songwriter, one more comfortable in her own skin.

The first single taken from the new record is 'Seat for Sadness'. “The verse of this song kind of came to me all at once. Then it took quite a long time until I got the rest of the song out of me", Matilda recalls, "I lived in Berlin at the time and rented a piano room at a music school, and most of the hours spent in there I was searching for the rest of the song. It wasn’t until me and Petter Nygårdh had started recording the album back home in Sweden, that I came up with the melody that would become the chorus. The new chorus pushed us in a new direction by making the whole song require something more. We had only brought a small part of the home studio to a country house to escape the noise from the neighbour’s renovation, but we found an acoustic guitar in that house that ended up being an important part of Seat For Sadness, and later on an important part of the album as a whole.”