Andrew Ryan - Jody and the Jerms - Ghosts Of Torrez 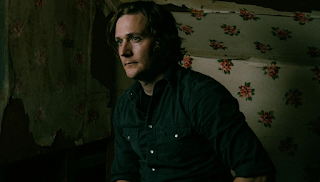 Andrew Ryan announces the release of his Americana single, “Midwest Kids,” out today. The single is off the album, A Tiny Death, due out April 1 on Delete Yourself. “Midwest Kids”  revolves around the growing pains of figuring out who you are or where you belong, even within yourself.

“Midwest Kids” serves as a guide to navigating life, the good or the bad, from childhood through adulthood. Ryan says, “Being a father, I’m starting to see my daughter try to navigate the same waters that we all swim through.” The single is an open letter to Ryan’s daughter, who moved from being a kid to becoming a pre-teen when he wrote the song.

After spending so much time on the road, Ryan found a kindred spirit in William Least Heat-Moon’s book Blue Highways. In fact, on his upcoming album, he wrote the song “Heat Moon” about the fellow traveler. The book chronicles Heat-Moon’s journey across back highways (blue highways), where he encounters a diverse group of people along the way while discovering more about himself in the process. Ryan says, “I find inspiration in everything I experience, the people I meet, the places I’ve been, and the difficulties that life presents. I credit a lot of it to touring and being on the road.”

“Midwest Kids,” the first single set for release, revolves around the growing pains of trying to figure out who you are or where you belong, even within yourself. Ryan says, “Being a father, I’m starting to see my daughter try to navigate the same waters that we all swim through.” “All My Life” follows the struggle of trying to do the right thing or understanding if what you’re doing at the time is the right thing or not.

Jay Burgess (The Pollies), Alden Hedges (American Aquarium), Daniel Wolff (Dead Horses), and  Will Walden (StaG) were just a few of the friends and artists who contributed to the album. It was all recorded from everyone’s home or home studio, except for some backing vocals recorded at Native Sound in St. Louis, Missouri. 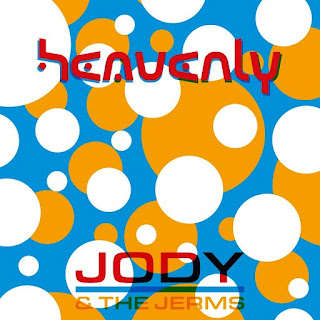 Jody and the Jerms - Heavenly.

True to its title, it’s a track of divine indie-pop that finds the Oxford-via-Wales band harking back to the genre’s golden era. For a track written in hell-on-earth (i.e. a traffic jam going over Henley Bridge as the band made their way to the studio one day), “Heavenly” defies all expectations with its saintly vocals, shimmering guitars and sunkissed melodies.

A bittersweet love song that will play a serenade on your heart strings, “Heavenly” is all “about the perils of falling for someone head-over-heels and how that plays out” says Jody.

Written and recorded on the same day in October of last year, the song is a beam of warmly fuzzy guitar pop laced with all the promises of new romance and new beginnings around the corner, yet spun with the reclusive cautiousness familiar to any indie kid finding their way.

Earning a dedicated fan in the late broadcaster Janice Long, the new single was aired for the very first time when Jody & The Jerms were invited into what would be the DJ’s last ever live session on 20th December 2021, shortly before her passing.

“Heavenly” is the lead single and opening track of Jody & The Jerms’ upcoming second album, ‘Flicker’ which they also announce today. Confirmed for release on 4th March 2022 via their own JATJ imprint, ‘Flicker’ arrives less than 18 months after the surprise hit of their lockdown-released debut ‘Deeper’ (released Autumn 2020). 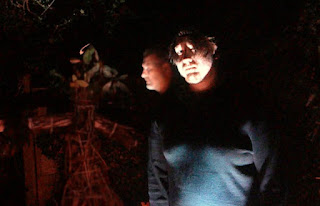 Ghosts Of Torrez - The Legend of Billy The Whale.

Ghosts Of Torrez released their first single (The Return) during the second lockdown in 2021 to critical acclaim and the follow up ‘Closer’ following later in that year. In 2022 the band will release their debut LP and have already started taking their cinematic style, psychedelic, electro-folk to the live arena (more live dates TBC).

Their new single ‘The Wailing’ is due to be released on the 11/02/2022 on all streaming services, followed by a limited free, Flex-Disc release in early March

‘The Wailing’ is accompanied by a Manga style video, “The Legend of Billy The Whale” (The Wailing/Whaling – who doesn’t love a play on words), which depicts the desperation of a broken, Captain Ahab type figure, vengefully taking on the beast he holds responsible for the death of his loved ones.

Taking their lead from bands such as Explosions in the Sky, Joy Division, Sigur Ros and Mogwai, GOT build their songs from soft, slow beginnings into cinematic style wonders.

Andrew Ryan Ghosts Of Torrez Jody and The Jerms