Erika Lewis, of beloved New Orleans trad jazz band Tuba Skinny (but currently based in Asheville, NC), has released her fantastic new single "Loser." The track is from her phenomenal forthcoming LP A Walk Around The Sun, out on April 29th.

Erika says the upbeat "Loser" is "loosely based on my own experience in romantic relationships and the push and pull that comes with it. The push of dedication and loyalty and the pull of betrayal and broken promises. Feeling like you would do anything in order to make it work yet not really knowing what to do." She brilliantly distills the sound of heart wrenching, classic country into each of the album's poignant tracks. She has the voice of an angel, I think I could listen to her read Wikipedia entries and be happy forever.

When this album was made, a crisis had struck - she was given a health diagnosis that required surgery that could permanently damage her vocal nerves and end her career. Her friend Lani Tourville, wife of The Delondes' John James Tourville (who also produced the record), told her she had to make one last record before the surgery. She made the album, and the surgery was a success! 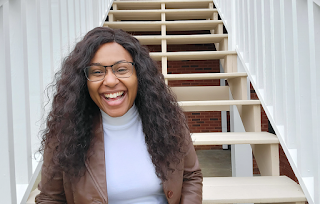 Shayla McDaniel - Depend On.

"Depend On" is a retro soul song with a modern twist that elicits a cool head nod with a groovy vibe that's perfect for cooking dinner, cleaning the house, or just hanging out. It's about longing for someone to depend on in a relationship, romantically, in business, or a friendship, after being hurt by someone you trust.

“I was in a jam when someone bailed on me. I was thinking in the shower and trying to figure out what to do,” McDaniel said. “I said to myself, ‘I want someone I can depend on, like the kick on the one’s and three’s.’ Then I was like, ‘Dang! This needs to be a song.’ I just sang the lines to see what melody came out, and it stuck.”

Shayla’s honeyed vocals, her pop-rock songwriting, and her instrumental instincts invite comparisons to John Legend fronting an indie rock band, The Roots affiliate Cody Chestnut (“The Seed 2.0”), and a silken Gary Clark Jr. But the truth is, there aren’t many talents who sound like Shayla. Her smoothly emotional vocals, self-contained artistry, and indie rock outlook is singular. Shayla counts as influences artists as diverse as the band Joseph, Lianne La Havas, Andraé Crouch, and Deep Sea Diver, among others. She released her debut single in 2016; her debut EP in 2017; and a follow-up EP in 2019.

It took a little prodding to get lifelong musician, multi-instrumentalist, and producer Shayla McDaniel onstage. A friend of hers had never heard the Knoxville-based singer-songwriter’s musical gifts, but was well-versed in her steely determination and Type A personality. He suggested she take her music out of the basement, and Shayla took his sage advice and emerged an award-winning prolific artist with a soulful, guitar-driven alt-rock sensibility. 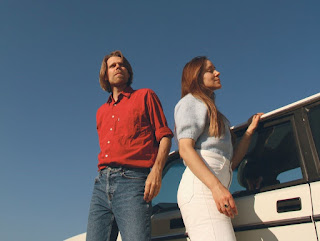 Alas The Sun - Out For Something.

Swiss indie pop duo Alas The Sun are back with their infectious new single 'Out For Something'! The female/male vocals and dreamy guitar melodies make for a sparkling Indie gem, taking you on a roadtrip through sunny climes!

Following on from critically-acclaimed debut album "You And Your Love" (2019), new single "Out For Something" opens up a new chapter. Nuria Thie is now the group’s front woman, completing the line-up alongside founding member, Sandro Raschle. She has been a permanent fixture since February 2021, and this first single since her arrival offers a luscious appetiser of Alas The Sun’s sophomore record “Wild Honey Inn”, out May 6th via Taxi Gauche Records.

A glimmering infectious indie pop gem that makes you want to move your hips and hum along simultaneously, ”Out For Something" was co-produced by Tim Frey at firstdoorleft in Aarau together with the band. Frey and Raschle were responsible for recording almost all instruments, given helping hands by Simon Truog (bass) and Yvan Brunner (guitar), both of whom form part of the live line-up. Raschle: ‘I wrote "Out For Something" a few weeks before the release of our debut album. Unfortunately, the song didn't make it onto the record, but the band liked it so much that we included it in our live set. It made sense to have Truog and Brunner in for the studio sessions as they had helped shape the song while playing it live.’

Brooklyn-based Filipino/Argentinian artist Renata Zeiguer today is sharing her new single “Evergreen” from her upcoming album, Picnic In The Dark, releasing April 8th, 2022 via Northern Spy. In the meditative and driving "Evergreen," Renata Zeiguer sings of a transformative migration from her lifelong NYC hometown to the Catskills of upstate New York. “The move was a pivotal rite of passage, where leaving every familiar thing behind in exchange for exploring a completely new environment in solace allowed me to see a new world of perspective,” says Zeiguer. “Rewiring the brain through meditation in nature and constantly feeding it with new environmental signals helped me uproot the hold of past life-experiences.”

The song was the last to be recorded for Picnic in the Dark, symbolizing the trajectory of the album's journey, as well as the idea of leaving one concept of home behind in order to find home within oneself. Like a prayer honoring the forest, the lyrics are a reverent homage to the evergreen trees as the song flows in and out of expansive choruses that conjure big sky horizons and feel ethereal and grounded all at once.

Picnic in the Dark follows Zeiguer through a dreamworld of magical realism as she navigates her memories and seeks to confront inherited dysfunctional patterns head-on. As Zeiguer reconciles her childhood and her adult lives with careful compassion, Picnic in the Dark reveals itself as an album not only of transformation, but of healing and self-actualization.