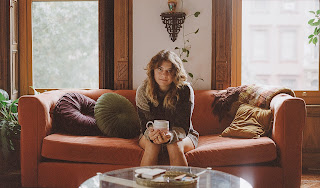 LA dream-punk duo All Things Blue return with new single "Grog Log". The new single teases the release of a new EP from the band, and follows the pair's widely acclaimed debut album Get Bit, released in 2020. Led by singer and guitarist India Coombs and accompanied by longtime songwriting partner Jon Joseph, All Things Blue together create "dream-punk" soundscapes in their most tender form; celebrating life's experiences and wrapping them in the soft tones of 60s analog.

New single "Grog Log" is an escapist, psych-imbued slice of indie-rock, combining the classic teachings of the golden age of pop including The Ronettes and The Beach Boys, with the lucid psych-pop of Melody's Echo Chamber and La Luz.

Speaking on the release of the new single, India Coombs said: "Musically, Grog Log is inspired by Tiki Drinks. Lyrically, it’s inspired by real life, while a beautiful thing, is also filled with let downs and situations that don’t live up to expectations we come up with in our minds.  As a human who likes solutions, I can get a bit addicted to daydreaming. When I can’t figure out people’s nuanced and often nonsensical emotions, I can escape into my mind to live out scenarios the way I wish they really would turn out. May not be real but, I have to say I am a dreamland advocate."

Coombs' composition is impactful; power presented in sound, and the natural depth in her lyrics and melody will have you dancing and thinking of love/life/minds lost (or found). Joseph is the perfect wing-man to Coombs; decorating each story with musical quirks, foxy boxy beats and sun-worn shine to extend their mystical ambience. Dirty riffs, choruses that hook on your brain for days, and stories of lives lived to the fullest remind us all of good times, angst, and of being a little turned on. 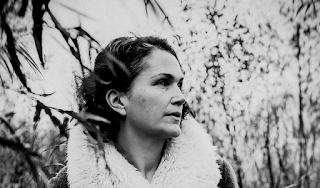 Amsterdam singer-songwriter, VanWyck, announces the release of her single, “Maybe, Maybe Not,” on February 18. The single is off her fourth album, The Epic Tale of the Stranded Man, due out on April 8 through Excelsior Recordings. ”Maybe, Maybe Not” is an anthem for the indecisive, the loiterers, the unsure, the ones that can’t seem to make up their minds: the one step forward, two-step back people; the maybe, maybe not kind.

The song’s mood is deceptively lighter. It’s a tug of war between a persistent jogging beat and skipping interludes, with VanWyck’s vocals pulling the listener back into a state of suspended indecision. The protagonist’s answer is to keep walking, even if he doesn’t know where to go.

VanWyck says, “I’ve always had this sort of feeling that if all fails, I can just start walking. As a last resort, I could gather my stuff in a backpack and move on, keep walking. In the pandemic, when it looked like all shows would be canceled for a long time, I decided that if that happened I would just start walking and have an adventure. An escapist longing I guess, but maybe also a sincere desire to be some kind of pilgrim, to be truly free. But I stayed put – hence the song.”

Enchanting, moody, and rich, the album vividly reflects these confusing modern times through whispered tones and cavernous themes. It’s a timeless album portraying the different ways in which modern man is lost, scared, stuck in his ways, and searching for a way out of his predicament.  Twelve songs that intertwine both lyrically and harmonically. Together they tell a story about a man who washes up on a wondrous island and doesn’t remember where he came from. Is he a victim or a perpetrator? Has he escaped, or is he imprisoned? Can he be saved, or is his end near? Luckily a woman enters the stage. Will she be able to save him?

The album also speaks of these times in a broader sense: we are living on the brink of epic transitions. We know that the old ways will lead to our destruction but can’t decide on the path forward. VanWyck says, “Sometimes it feels like we are trapped in our own prisons, in our inability to take good care of each other and this wonderful planet, like we are failing in our most epic of struggles, the survival of our humanity.” 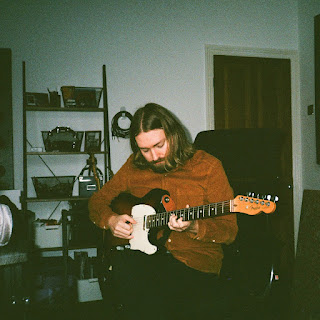 Background from Jesse - My name is Jesse D’Kora and I write indie / dream pop music with some beachy vibes, with a style that is inherently lofi as I write, record, mix and master all of the music in my spare bedroom in Salford (UK). I have embarked on a musical journey this year whereby I am going to release a single every month, ‘cricket’ is the 2nd instalment and chosen song for February 2022.

Sometimes, you just have to write a song about your favourite sport, don't you? I mean with the world in such a rough place it's the little distractions that can bring you that joy and an escape. Which is essentially a deeper way of saying, I like cricket so I wrote a song about it. Inspired partly by memories of going to see England play and partly by the family impact it has had - my grandad loved it, my dad loves it, me and my brother love it.

Musically, it is as bitesize as the come, it's over 200bpm, less than 3 minutes, and it's a good old pow pow pow and finish. It’s got the jangly guitars and pushing drums that are synonymous with my sound. It’s totally uncomplicated - perhaps in juxtaposition with the game of cricket - but it's the way I like it. 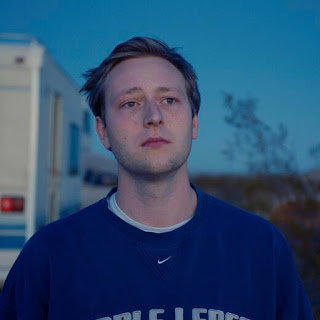 Nice Vice just released his debut single, “Bloom.” The single draws inspiration from 90s rock and features melodic guitars, heavy undertones, and honest lyricism. The single is released ahead of a music video that guides audiences through the storytelling and range of emotions that influence the track. “Bloom” is now available to download and stream across all platforms.

Seth Horst, who performs under the alias Nice Vice, spent the better part of two years writing and recording a slew of new songs for his forthcoming EP, First Dose. “‘Bloom’ was the first song written in a large batch of songs over the last year and a half. It was never supposed to be on the EP,” explains Horst. “I had honestly forgotten about it. Sometimes you miss the beauty and potential in something at first; fast forward, and it’s the debut single.” The indie-rock single will be accompanied by a music video shot by Dirty Shot Clean, set for release on February 17th. The visual showcases four friends as they embark on a road trip in an RV and the adventures that ensue along the way. Horst played and recorded every instrument on the single. “It took me a long time to teach myself how to record all of the instruments and really get the sounds that I was looking for.” He recruited Zak Van Zeumeren to mix “Bloom” and Theodore Papadopoulos to master it.

Nice Vice got started in his hometown of Toronto and is currently located in Los Angeles. Drawing inspiration from artists such as Counting Crows, The Red Hot Chili Peppers, Pearl Jam, and Jack White, Nice Vice has been able to capture and reinvent the sound of 90s rock and melodic acoustics, exemplified in the new single “Bloom.” Horst’s songwriting style is a culmination of these artists, along with his own honest and unique flair. Blending sounds of the new and the old, this first release gives the listener a broad range of what he is capable of. With smooth and surprising transitions from soft to heavy, the powerful voice and captivating lyrics touch on themes of new love, lost love, and introspection. 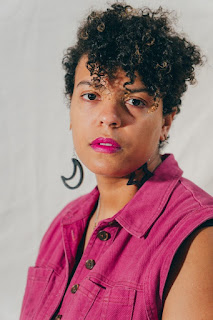 Director Chris Farren says about the video: "When Elise asked me to direct a music video for her, I thought “I don’t know how to do that!”, but I said “Yes! I know how to do that!” and quietly panicked for the next 3 weeks. Luckily “how make music video” yields tons of YouTube results. The video we came up with is a fantastical little day-in-the-life tale about anxiety, productivity, dread, and being horrifically ripped in half by cartoon animals."

"The cars break. Everything goes slow motion. There’s disaster and fire,” foretells Elise Okusami, describing her cinematic vision of the end of the world. Apocalypse is a subject she mined in acute detail and to critical acclaim on 2020’s Things I Never Said, her debut full-length as Oceanator. But in her most recent cataclysmic telling, she keeps the camera focused on the people who survive and need to keep on living. A couple escapes the wreckage in a classic pickup truck, their dog riding in the back. They find a new home in the woods and consider how to start over. “It could either be hopeful or negative,” Okusami explains of the tale’s ambiguous ending. “You’re either walking off into a nice sunset or going off into a black hole. For me, it depends on the mood; it can be both ways.