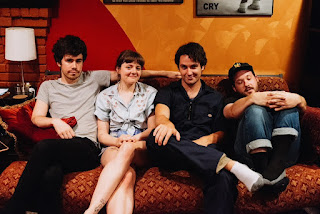 Minneapolis-based quartet, Palm Friends are sharing their new single, "Hidden Perks" which comes as the first preview of their new EP, The Delivery out via Forged Artifacts on March 24. A stunning intro to the new release, outlined with warm, fuzzy guitars and quietly confident vocals, it follows the band's 2019 debut EP, Nice Weather coming mixed and mastered by Ben Etter (Deerhunter, Cate Le Bon).

Palm Friends first came together as a means of healing. After his brother passed away, guitarist and singer Jesse Pedersen moved from New York back home to Minnesota to be with his family. As part of the grieving process, he called up some of his high school friends and asked if they wanted to start a band. With Jon Lindquist on drums, Will Bunton on bass and Jesse on guitar and vocals, the band quickly recorded their debut EP. The result was an ebullient indie rock six-song burst, the sound of a band in its early stages having a blast together. Soon after, Shawnna Stennes joined, and the final Palm Friends lineup was solidified.

Album opener “Hidden Perks” is an older track, originally written by Jesse while he was still living in New York. Jesse gave the song to Shawnna, who rewrote the lyrics and melody, changing the nature and feel, balancing joy with a tinge of sadness and an understanding of the difficulties of the world but a determination to find happiness wherever it’s available. Over a mid-tempo indie-rock beat, Shawnna sings, “I fight time in the back of my head/ Trying to make me boring.”

“‘Hidden Perks’ is about how I figured that as I got older I would become a better and better version of myself because I would learn more and learn more lessons,” says Shawnna. “And I came to realize I was really admiring my former self and striving to be someone I was before.” 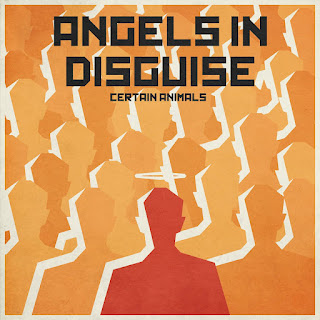 With its first release in 2022, Certain Animals cheerfully opens its eyes and takes a look at the past. Driven by the Hammond organ, the band recalls its childhood memories.

Uninhibited, with an open mind and framed by pointed guitar riffs and a finely funky Wurlitzer, Certain Animals tells a three-part story as if it came from one mouth. Simple but effective: from sweet-voiced solitude to guitar harmonies that would not have been unworthy of the Allman brothers, and from pinprick to exploding reverb tank. Angels In Disguise strikes a balance between vintage and modern.

From the past to the present, the song takes the listener through a musical whirlwind and the accompanying unexpected beauty that man can encounter.

Hold On, Sun King, Younger Than Now and Midnight TV, the first four singles from Certain Animals' upcoming second album have been very well received by the media in their home country of the Netherlands and abroad. The singles have been added to playlists and have been played very regularly on national radio stations. The singles were all in the Top 3 of the alternative charts on Dutch national radio. Sun King was also heard in the Dutch edition of the very popular TV program The Bachelor. In Belgium previous single Younger Than Now is currently on the playlist of national radio VRT 2 and can be heard on Studio Brussel the national pop station. 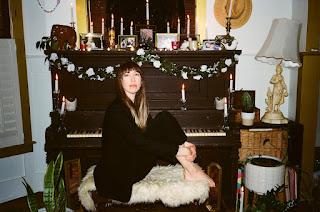 Atop Jo Schornikow’s piano is an altar filled with pieces from the Nashville-based, Melbourne by way of NYC-bred artist’s life: a life that led her from jazz bars to church organs, performing on tour around the world with her partner Matthew Houck of Phosphorescent, and home to their two children - pieces that were once housed in dusty boxes when she lost her sense of self.

Today, Jo announces her new album ALTAR, out May 20 via Keeled Scales, named as a tribute to the thread that ties together and celebrates all her various selves. The title also nods to its homophone’s definition of 'change' and the German translation of its truncate meaning ‘elder.’ It’s a joyously vulnerable pronouncement of her purposeful presence, a protean spirit transmitted. The seeds of this album were tended to by Jo throughout loud, intense years of heavy touring, and quiet, intense years of early motherhood, growing through whatever cracks were found in those dual foundations.

To celebrate the announcement, Jo releases “Visions,” a rousing song in the tradition of Tom Petty-inspired by an ominous cosmic confluence of events that makes peace with impermanence as the only constant. It’s paired with a video shot under a surprise severe weather warning at a small-town Tennessee fair, directed by Noah Hanson. 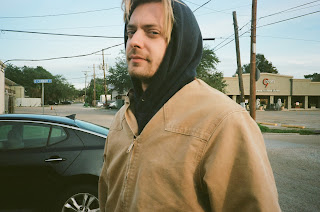 About God's Country, Thomas says simply: "This song's about driving around rural Florida"

Thomas Dollbaum was born and grew up in Tampa, Florida. In 2015, Thomas moved to New Orleans to study at University of New Orleans for his masters in poetry.

While in New Orleans, Thomas worked as a carpenter and began writing the songs that eventually became Wellswood. The album was recorded over many sessions during the pandemic in New Orleans in an old hotel suite turned recording studio by friend and fellow musician Matthew Seferian.