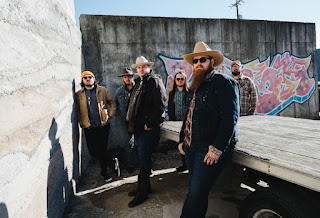 49 Winchester will release Fortune Favors The Bold on May 13th, 2022 via New West Records. The 10-track set was co-produced by the band and Stewart Myers (O.A.R., The Infamous Stringdusters) with additional recording & production by Kenny Miles (Wayne Graham). Rolling Stone Country has praised 49 Winchester’s live performance while Whiskey Riff called the band “....one of the greatest up and coming country music acts out there right now.” 49 Winchester’s New West Records debut follows their acclaimed 2020 self-released III, which American Songwriter named “...a confident collection that gives voice to the band’s pure, unfettered intents” while Americana Highways called frontman Isaac Gibson’s songwriting “Unforgettable,” saying, “...together they are distinctly and proudly Appalachian — carrying on and reinventing the musical traditions of their region with a sound that is wholly and distinctively their own.”

Filmed in the band’s hometown of Castlewood, Virginia, the video features a visit to the Clinch River where their neighborhood and childhood homes were situated. It also features the once bustling downtown, with the old train station, post office, hotels still standing from the Appalachian coal boom, having become weathered by the time the band members were growing up in the late ‘90s and early ‘00s. The video depicts, quite literally, 49 Winchester revisiting their roots. Frontman Isaac Gibson says, “The drone shots really show how gorgeous Southwest Virginia is. It was great to be able to capture the essence of home on video. I'm thrilled with how it turned out. I'm excited for the fans to see it and those who are from far and wide to get a little taste of central Appalachia.” SPIN also previously premiered "Annabel," the leadoff track from Fortune Favors The Bold as well.

Formed on Winchester Street in the small mountain town of Castlewood, Virginia (population: 2,045), 49 Winchester started as a group of neighborhood teenage friends set on a calculated DIY path. In 2014 they independently released their eponymous debut, followed by 2018’s The Wind, and 2020’s celebrated III. Reflecting on his early days as a jack-of-all-trades stone mason, where it was about trying to make ends meet in an effort to keep the band rolling along, frontman Gibson can’t help but be grateful for a well-earned notion at the core of the band’s ethos — anything worthwhile in life is built brick-by-brick. “Everything has to be built. And very few people are going to achieve success overnight,” says Gibson. “We didn’t start out as a bunch of hot shot pickers out of Nashville. We started out on the ground floor — very basic songwriting and instrumentation. But we kept working at it, always progressing in what we wanted to do and how we wanted to sound — each song better than the previous one, the show this evening better than last night.” 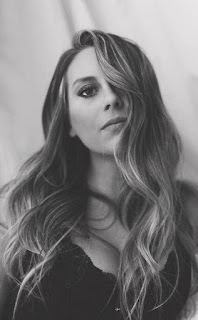 Megan Knight - Take It To The Grave.

"In this track, the woman was left feeling unloved and had acted out because of it, now as she sits in regret she wonders if she should confess her wrongs or simply keep them buried in the past forever." - Megan Knight

Megan's wide vocal range makes this song unique and personalized. The theme of this song is that some things "Are better left unsaid." These words that are left unsaid are taken to the grave with Megan. The powerful lyrics can relate to anyone with a deep dark secret.

Megan is an artist that is not afraid to be vulnerable. Music has always been a therapeutic outlet for Megan, so her songs are authentic, honest, and raw. "Take It To The Grave" relays real-time emotion, and her vocals are powerful and robust. This song is dynamic and is portrayed through a slower tempo with an acoustic guitar.

Danish four-piece Kindsight make music that draws from 80’s and 90’s alternative rock and combines it with the shimmering Scandinavian pop that the region has become so renowned for, resulting in a sound that is both fuzzy and melodic in equal measure. Releasing their first material in 2020, the up and coming Danish four-piece have been quick on the rise, picking up steam with a series of new singles over the last 18 months. On March 25th, their debut album Swedish Punk will be released, Queen of Cowboys, out now, the last single ahead of the release 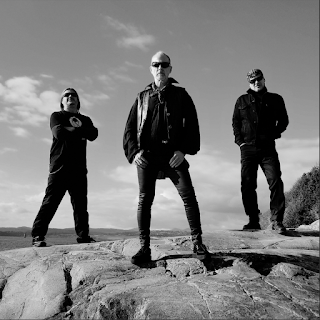 Men Without Hats - If the World Should End Today.

Hot on the heels of “love in the age of war,” new wave electro-pop pioneers, Men Without Hats, return with a collection of 14 new original compositions – Again (Part 2). Led by original founding members Ivan and Colin Doroschuk, Men Without Hats have been rounded out since 2016 by industry veteran Sho Murray, and augmented on this record by Colin’s daughter, soprano Sahara Sloan.

The album was recorded on Vancouver Island, British Columbia, on top of the Malahat Mountain overlooking the Pacific Ocean, from July 2020 to January 2021. The themes explored on Again (Part 2) reflect the band’s unique take on current affairs (“If the World Should End Today,” “The Human Race”), love (“All Into Stars,” “The Love Inside your Heart,” “When Does The Love Begin”), the meaning of life (“Just Another Day,” “Nancy’s Room,” “Where The Wild Go”), and the state of the art (“My Love,” “Heaven,” “My Own Advice”).

With a mixture of the latest digital technology and the best of the analog world (including an actual prophet 5 synthesizer that was used during “The Safety Dance” recording session), Men Without Hats continue their voyage into the world of synth-pop, with a sound forged in the past and hardened by their life experience and commitment to the future.

For the past 10 years, Men Without Hats have toured the world with the cream of 80’s royalty, playing for crowds in North and South America, Europe, Scandinavia, Jamaica, Australia, Mexico, and South Africa, in fact reaching even more people and places than the first time around. Their crossover sound and message is resonating with a new generation of fans eager to understand and appreciate the 80’s influences in their own current brand of pop.