Some memories help propel us forward while others cling to us so tightly that they bind us in place.

"Second Sight" is about someone who is grappling with a memory that holds them back – it's about a confrontation and making it out on the other side.

It seems that nothing good will keep you from me, and so I live with ghosts and second sight

This latest single is from our upcoming full-length album, which will be released on April 22nd.

Both the song and the video explore ideas around memory. We also knew this song would pair well with a dancer. Having worked with multiple choreographers and performers in the past, we had our sights on Katherine Semchuk. We gave Katherine a loose structure to work with and let her choreograph her own movement.

Another artist we are big fans of is animator/dancer Kristen-Innes Stambolic. Her work primarily involves the integration of animation with contemporary dance, so it was a perfect fit for us. 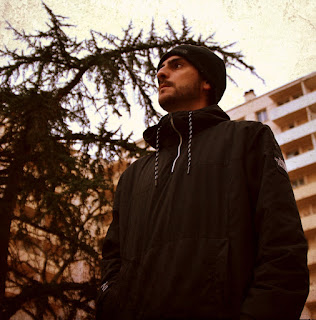 A little girl wakes up at the bottom of a tree. Confused, with no idea of where she is. Despite of all of this, she feels soothed by the soft light, the bright colors and the buzzing of the creatures that swirl around her. A strange, radiant, watery sphere forms and unfolds delicately before her eyes. Intrigued, she stands up and touches it with her finger...

"Hush Little Bay" is a hybrid adventure, both abyssal and stratospheric. Dark and melancholic trip-hop story, this track is also almost a lo-fi lullaby with reggae solar accents.

This story, told by the singular voice of Bianca Casady, mythical singer of the group CocoRosie, is inspired by the dreamlike universe of Lewis Carroll. A sort of "Alice in Wonderland" who would dive inside a 70's psychedelic rock vinyl cover.

Looking For Space is the band’s most ambitious project yet, recorded in six beautiful locations across Aotearoa New Zealand over a year, and it’s also Mild Orange’s first time entering a proper studio which was a necessary part in making this record sound as intended. It’s a sonic journey about navigating life, always finding room to grow, considering outlooks and maintaining belief in oneself as we choose our paths. True to MO, it doesn’t sit on one sound and will take you up and down, while feeling like a natural progression – shown on their latest two singles.

Looking For Space will feature video collaborations from NZ to Japan, Indonesia to LA, France and beyond. Despite many hurdles, Mild Orange persisted to connect with the world on this project during this period of global lockdowns and border closures. That’s what Mild Orange have always tried to do – from NZ, for the world.

The just released album cover (see below) by frontman Josh Mehrtens was taken in Switzerland after a Mild Orange headline show at Baden in 2019, and has been tinkered with in tandem with the album so that both feel as each other look and sound. There’s a calmness yet passionate energy felt coming from the electric glow that flows.

After spending two albums carefully organising the framed photos and applying an even layer of paint, Mild Orange felt the urge to tear apart the four walls that defined their bedroom pop sound, capturing the wilderness that lay beyond. And rather than be deterred from that goal by a pandemic and lockdown that left the New Zealanders stuck on their island, Mild Orange used that time to envision a new world. “Colourise”, the first track off the quartet’s fittingly titled third album, Looking For Space (due February 11th 2022 via AWAL), feels like the gate to the land of Oz, a portal behind which hypercolour and fantasy unfolds. “Trust the waves and where you’ll go/ ‘Cause you never know what it may hold,” Josh Mehrtens sings, a snare march, lithe electric guitar, and washes of echo trailing behind. Together, frontman/producer Mehrtens, lead guitarist Josh Reid, bassist Tom Kelk, and drummer Jack Ferguson aren’t just looking for space, they’re carving out grand landscapes all their own. 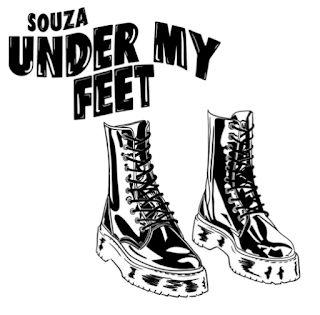 Souza - Under My Feet.

Souza are a Stoke based alternative rock band, marching to the sound of well matured electric riffs and a fresh lyrical take on the genre.

Established in 2018, the four piece bring a definitive presence to the stage. Lead vocalist Adam Rogers provides a powerful performance, whilst maintaining an interactive experience for the audience. Supported by his brother Ben and Jack Brassington on guitar, the two combine each other’s unique styles of guitar sound to generate a contemporary Britpop tone. The group are completed by drummer Harry Ball, who provides a strong foundation complimenting and driving each melody. The four together exude the chemistry they share and quickly envelop the audience in their sound.

Under My Feet combines shoegaze verses with full throttle choruses and demonstrates both the subtlety and power that Souza can so easily intertwine between. The lyrics provide a fresh view on the excitement and emotions of what relationships can bring from the beginning to the end. Written over lockdown in a unique way to us, pieced together bit by bit through sharing segments from our own homes the track came together in a way we've not written before. 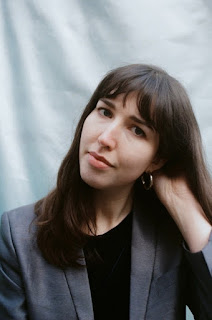 Welsh artist Thallo shares the visual for her emotionally charged, haunting single The Water. The visual, created by Max Toblin (Director) and Dillon Steele (Director of Photography), mirrors Thallo’s music which is at once startingly beautiful but with a melancholic undercurrent running through its gently layered jazz infused tones. It depicts two children dressed in boiler suits, playing in the long grass of empty fields to a backdrop of towering power stations which loom ominously. As Thallo expands “Their childlike, care-free pleasure is contrasted with the power station in the background, a sinister warning that their freedom is temporary. They frantically run and play whilst the daylight is running out, cherishing the time that they have until they finally come to a halt in the dark.”

The video plays on The Water’s bittersweet meaning of cherishing a moment before it is lost, inspired by a relationship destined to fail, and the heartbreak of knowing of a partner’s eventual migration.  Both the song’s title and Thallo’s vulnerable yet alluring vocal evoke the feeling of drowning, of laying down on a riverbed and giving into the sensation of the immersion. As Thallo expands “The river is not only the love that drowns me, but it is also the relationship I can’t keep hold of.”

Thallo is the work of Elin Edwards, based between her homelands of Gwynedd, North Wales and London.  In 2021 she released three singles Mêl, Pressed and Preserved and The Water to much early acclaim, to date the singles have accumulated support from Sian Eleri (Radio 1 The Chillest Show) and Huw Stephens (BBC 6 Music, Radio Cymru), with Thallo recording a session for BBC Maida Vale. At press, the singles were covered by the likes of Wonderland, Noctis, God Is In The TV Zine, When The Horn Blows and many other blogs both UK and Stateside. Thallo has performed at The Great Escape and is set to play SXSW in 2023. 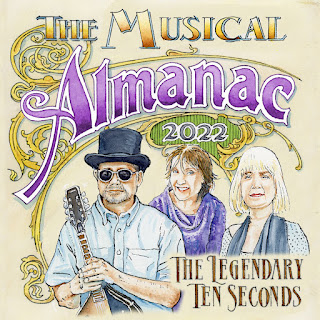 The Legendary Ten Seconds started off as the solo music project of Ian Churchward during the time when he was the lead guitar player of The Morrisons who were featured on John Peel's radio one show back in 1987. In 2013 Lord Zarquon joined Ian's music project and since then various guest musicians and vocalists have helped out in the recording studio. The most recent musicians to join the project are Phil Swann and Martyn Hillstead.

The Legendary Ten Seconds have recorded many critically acclaimed English folk rock albums which chronicle the Wars of the Roses and the life and times of Richard III in England during the late 15th century. The albums are available on Amazon and itunes and the band have donated money to a scoliosis charity from some of the income generated from the sale of their music. The CD versions of the albums are available via the Richard III Society in the UK.

In 2018 the band recorded the Mer de Mort album which was commissioned by the Mortimer History Society to commemorate the Society's tenth anniversary. It is a historically accurate album of songs which tells the story of the significantly important Mortimer medieval family from their roots in Normandy prior to the battle of Hastings and into the 15th century. The album includes historical narratives read by the actor John Challis ( Boycie in Only Fools and Horses ) who was the patron of the Mortimer History Society.

2019 saw the release of four albums, Devon Roses, History Book Part One. Instrumental Legends and Thrilling Blunder Stories. In February 2020 the History Book Part Two album was completed and this was followed by The Acoustic Almanac, Amazing Songs and the Pageant of Torbay Part One albums. Additionally a new version of the first Richard III album was released in digital format via Circle of Spears Productions. The new version of the album features fictional narratives written by Sandra Heath Wilson. Three albums were released in 2021, the Pageant of Torbay Part Two, the Semi Acoustic Almanac and Songs About Devon albums. The atest album is called The Musical Almanac with a release date of 2022.