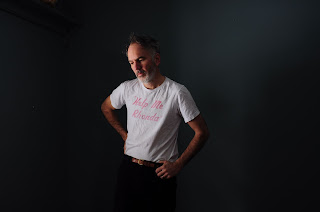 Songwriter and multi-instrumentalist Walter Martin unveiled today two new singles titled "Baseball Diamonds" and "Hiram Hollow." The tracks are the latest to release from his forthcoming album The Bear, out later this month on March 25th through his imprint Ile Flottante Music. "Baseball Diamonds" was the first song written for The Bear, which ultimately set the tone for the rest of the album, while "Hiram Hollow" is a waltzing tune that toys with American folk traditions as it wrestles with the pain of saying goodbye to a loved one.

"I see these two songs as two different ways of telling a story about my life and my family," stated Walter. "It's a story a lot of people can probably relate to - one with a lot of love but also a lot of sadness. That story is what this whole album is really about. 'Baseball Diamonds' lives very much in reality with real life details, while 'Hiram Hollow' takes a much more allegorical approach. These weren't really conscious style decisions, the songs just came out that way."

"Hiram Hollow" and "Baseball Diamonds" follow the release of "Easter," a somber and uneasy song that Flood Magazine called "a melancholy reflection on the past." The lead single and title track "The Bear" is also out now, which tells a story about the past, the present, and the future brought to life with humor and real-life detail. It was featured by Brooklyn Vegan, Under The Radar, and Stereogum who stated "Ever since the Walkmen embarked on their hiatus, several of the band's members have had prolific solo careers. But none of them have churned out music at quite the pace as Walter Martin." 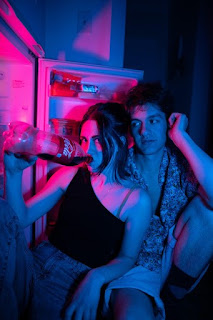 Born out of untamed anger and frustration at the cruel state of the world, “bb” taps into a universal mood: its downcast melodies and restless guitar lines speak to the collective sense of agitation and boredom we’ve all experienced over the past two years.

Weaving together an ansty mesh of gossamer vocals, driving ‘90s guitars and a steady drum beat, the track was first penned in September 2020 when vocalist Ali Genevich found herself increasingly restless in the face of the seemingly never-ending pandemic.

Feeling disheartened by the “depressive daily routine” of being stuck inside with no social interaction — and even less inspiration to write songs — Genevich locked herself in her bedroom with a guitar when “bb” took its first breath and stirred to life.

Speaking of the inspiration behind the track’s moody sound, Genevich says: “In the winter of 2020, every day really started to feel the same for me. The pandemic seemed to be getting just as bad as when it began back in Spring and like everyone else all I had been thinking about was the possibility for life to feel normal again. For a while I was just thankful that most of my friends and family were in good health and that we were able to keep ourselves afloat in such a crazy time, but of course that’s not all I was feeling. Both Jake and I felt like the past year had been so wasted.” 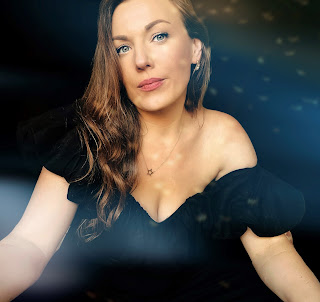 Dublin-based singer songwriter Ellen Arthur Blyth is set to release the title track of her upcoming debut album ‘Nine’ this March. The cinematic pop track follows on from Ellen’s recent release ‘Young Ones’, which garnered support from acclaimed publications such as Hotpress and Nialler9. Ellen shares the meaning behind the upcoming single ‘Nine’:

“Nine is about self doubt, the ongoing internal dialogue in your head that can keep you stuck. For me it's about realising it's always there and I need to live my life alongside it. I think in doing that there's real freedom.”

The track was recorded as part of her upcoming debut album ‘Nine’ in Hell Fire Studios, Dublin and produced by Alex Borwick, head engineer at the famed Grouse Lodge studios in Ireland. The music video for the track is a Hitchcock-inspired video and was shot in The Sally Gap in Co. Wicklow on a beautiful day in February. Directed by Rob Blyth, shot by Martin Osborne and starring Alexandra Moloney and Ellen Arthur Blyth.

Born in Dublin, the youngest of nine, in a house where the one who shouted loudest ate most, Ellen learned early how to sing for her supper. Dragged out of bed, dusted down, slung into a polyester frock, her early forays into musical performance consisted of pitch perfect renditions of Any Dream Will Do to family friends. But as success followed the clan, friends turned to ambassadors, heads of state, Hollywood actors and other visiting dignitaries passing through. Aged 9, she woke her father and told him she was going to be a famous singer and would buy him a racehorse. He told her to go back to bed. At 16 she made the live finals of Ireland’s ‘You’re a Star’ but lost her voice. Her early adult life was spent serenading drunk punters in a city buried in snow, before finally, she fell through a drunken crevasse. After reaching bottom, she started to climb back out and rediscover her voice. 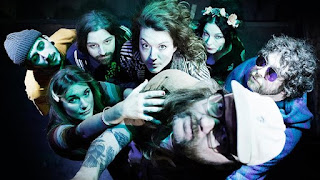 Heady and frolicking — and embracing the notion that life’s challenges are nothing but positive opportunities — “Joggers From Mossley To Malibu Beach” is a jovial new cut that comes just a week before Heavy Salad touchdown in Austin, Texas for an official showcase slot at SXSW. Packed with playful rhythms, carefree “sha la la”’s and a whimsical, vintage tinge, the track was produced and mixed by Stephen Street (The Smiths, Blur) and is plucked from the band’s forthcoming second record, ‘Long Wave,’ set for release later this year.

Brought to life when guitarist Rob Glennie noticed hoards of people out jogging as a way of coping with the initial COVID lockdown in his hometown of Mossley, frontman Lee Mann explains of the track: “The story of “Joggers…” sees our protagonist embrace jogging as a means of getting out of the house, but their world is changed through what starts as a way of coping with the lockdown that then blossoms into the realisation that there’s a whole world out there! Their journey eventually leads them to a new life in California inspired by the song’s melodic, West Coast feel.”

And, for all its sunny melodies and Californian surfer-town twinges, the track includes several nods to the band’s hometown roots in the North of England. Name-dropping everywhere from Mossley and Malibu to Tameside and the Pacific Coast Highway, Heavy Salad manage to traverse geographical borders just as neatly as they do genres. Merging 60s-inspired backing vocals with slacker-rock riffs that Pavement would be proud of, “Joggers…” uses its cheery sonic stylings to embrace a serendipitous and happy-go-lucky approach to the limitless possibilities that come with our seemingly mundane lives.

Expanding on the track’s back story, Mann adds: “The song was also partly inspired by a chance encounter with a Venice Beach bike hire shop owner who it turned out was from Rotherham and originally lived in the same part of town as my in-laws. Having travelled to Brazil for Carnival in the 70s our bike hire shop owner had travelled to California on his way home and never actually made it home! The song is about the possibilities of life, to embrace changes, to see challenges as positive things and to embrace random opportunity in the short time you are alive.”