Indie singer/songwriter Brooke Annibale announced that she has joined the Nettwerk Music Group roster. She also shared the first taste of new music from her upcoming album, details forthcoming. The lush, dreamy and "immediately catchy" (FLOOD) single “What If You” serves as the perfect introduction to the Pittsburgh-born, Rhode Island-based artist's redefined sound as she digs into the mixed emotions and gentle balance of maintaining her music career while acknowledging the complicated nature of a new love.

Brooke says, “I was wondering whether or not I could carry on making music the way I had in the past. I thought, is diving back into my music career gonna knock out any mental-health progress I've made? Can I put out a record, be vulnerable, and do the whole cycle again? And then I realized: It's a double-meaning metaphor. What if everything that I loved loved me back? What if I just did this? And it worked.”

Brooke's expressive and beautifully thoughtful songwriting creates a dreamy and enticing sonic landscape. She has been a favorite among music supervisors and featured in such media as Stereogum, Wall Street Journal, Under The Radar, American Songwriter, NPR/World Café and more. She has also shared the stage with artists like Mt. Joy, Iron & Wine, Lucius, and Rufus Wainwright. She joins Nettwerk’s expanding label roster, which also includes artists like Old Sea Brigade, Bre Kennedy, SYML, Luke Sital-Singh, Aisha Badru, Wild Rivers and more. 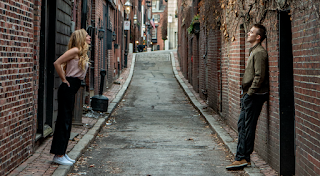 “This song started out as a slow acoustic ballad, reflecting on our frustrations with the drag of the 9-5 workday. Making music is what we love, but our day jobs are a "necessary evil" in order to put food on the table while we shift our careers from typical corporate and government jobs into the music industry. The lyrics are a daydream of a future in which we are saying "goodbye" to our desk jobs and shifting into a career in music.”

For Brooklyn-based modern folk duo emily + shawn, the stuff in life that makes a difference requires heavy lifting, and careful attention to detail. This includes craft cocktails, artisanal baked goods, and well-written songs. These varied interests and a soulful sense of purpose imbue the pair’s adventurous spin on the folk tradition.

The twosome’s music is an authentic reflection of emily + shawn’s lives. The pair are, in fact, a couple—but don’t expect sappy love songs—Emily Welch is an immigration lawyer, and Shawn Welch works in the renewable energy field. emily + shawn’s songs are informed by their ethics, their myriad of experiences and interests, and their day to day interactions which they characterize sweetly as “healthy clashes.” Today, emily + shawn’s are issuing a series of singles that will eventually be bundled together as an EP produced by David Baron (Lumineers, Meghan Trainor, Shawn Mendes).

“Homegrown and multi-faceted are concepts that are really important to us. We take a deep interest in nuances and exploring,” Shawn shares. “Our songs are often vignettes of our life, or they capture some moment in time or give insights into specific feelings,” Emily says. Shawn adds: “The passing of time and a nostalgic quality are common themes in our music.” 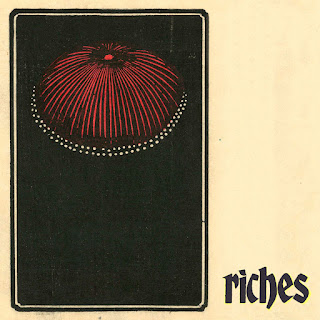 The frequency is the feeling of ascending arrival in the altered state – being in love, in longing and belonging, it is soothing and alive.

Our new single takes inspiration from the desire to step outside the limits of ourselves, of our realities, and into a limitless waveform that instead connects us to everything else.

It is a calling on the ethereal to take on form, on music to bring touch and connection over the frontiers of physical walls and distances.

In chasing the feeling of connectedness for this song, it naturally evolved into a full band sound. Dan Lissvik (Studio, Atelje) added live bass and drums to a formerly electronic track.

The alchemy of more contributors and instruments resulted in the feeling we wanted for the song. 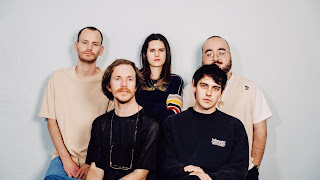 Nutrients, the Toronto-based group renowned for their gentle melodies and jangly pop songs are today sharing their new single, "Window Seat" which is out via Earth Libraries. The group – who have previously opened for Luna Li and Jaunt as well as performing at Boise's Treefort Festival – has slowly but surely grown into something more elaborate than their humble beginnings and this is evident with this new single.

Nutrients is often compared to various 90's bands for their slacker delivery and sometimes likened to certain contemporary bedroom pop artists for their oddball pop leanings. Periodically, but decreasingly so, they are noted for their occasional dissonant digressions. Taylor Teeple, the primary songwriter in the band, began the band as a modest home recording project deep below Boulevard St-Laurent in Montreal. After relocation to Toronto, the group’s membership eventually grew to include pianist, Iulia Ciobanu, bassist Sean McKee, and guitarist Will Hunter.

The new single finds the band mixing bouncy guitar lines and driving percussion with gorgeous vocal melodies, somewhat reminiscent of contemporaries such as Barrie, TOPS and Andy Shauf while drawing inspiration from the likes of Haircut 100, Steely Dan and China Crisis. The new single arrives with an excellent visual accompaniment further emphasizing the track's breezy notions with panning shots of vast landscapes lifted from the band's time on the road. Speaking about the single, Teeple says: "This is a quick guitar pop song that harkens back to songs Nutrients used to write. The guitar interplay is actually just two guitars playing this one-string riff at the same time with some minor deviations. The riff kinda sounds emo-adjacent almost."

After releasing a series of homemade tapes from 2016 to 2018 and early albums released on beloved Birmingham, Alabama label, Earth Libraries, the band is today returning for the first time in the 20s. Having spent the pandemic mining for fresh and forgotten sounds alongside a new member in multi-instrumentalist Ben Fukuzawa. The fruits of their labor are proudly on display this new single, "Window Seat". Teeple and Hunter’s guitars, once the center of attention, are overshadowed on this release by McKee’s basslines, Ciobanu’s ghostly harmonies, and Fukuzawa’s steady cadence.