After almost four years since Sad & Easy, Colyn is excited to be sharing a new album ‘Freehand’. While living in Vancouver, BC, the new material emerged within the paradoxical spaces of experimenting with dispersed and concentrated rhythms. He used the material to explore themes of technology, adventure, self-worth & love with mild nods to worldly trepidation.

The Album was again recorded mostly at home, with additional instrumentation from close collaborators Aiden Ayers and Josh Contant.

It has now been ten years since the release of Wake Owl’s first album. In the years since, Colyn has also composed original music for 2 feature films and numerous different independent projects, and formed new musical and broader artistic collaborations.

His enchanting new single “Stream” was inspired by algorithmic realities, such as near annual iPhone purchases and the screen time data Apple shares. The metaphor in the line “Well I've tried prototypes, but the fruit wasn’t ripe, I’ll pretend differently it’s a bad appetite” suggests that all tech progress is fruitful, but maybe isn’t always ready. 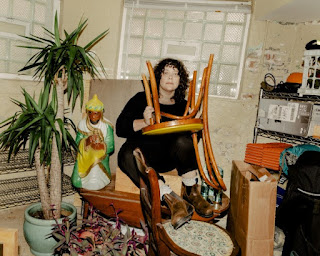 As we round the home stretch towards the release of Em Spel's debut album The Carillon Towers we celebrate the release of the third single "Golem" - a beautifully orchestrated track that meditates on the monkey's paw curse / wish of the Golem from Jewish Folklore.

Of the track Emma Hospelhorn states, "Have you ever loved the idea of someone rather than the real person? In this intimate, slow build of a song, the lush instrumentation is layered in gradually: An improvised noise layer swirls like the static of a person's thoughts over a gentle guitar line played by V.V. Lightbody. A singing violin line, played by Caitlin Edwards, starts out simply and then soars into shimmering counterpoint at the apex of the song, on the lyric "what if you said you'd become someone new?"" 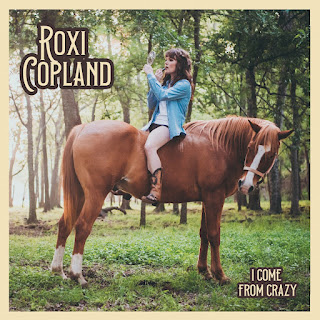 Roxi Copland - I Come From Crazy.

A classically trained musician with a love for great songwriting, Roxi Copland’s innovative sound is forged at the crossroads of Americana, roots, and jazz. From her confessions that “the things I speak aloud might hurt the ones I love” to professing seductively “I prefer my arms with yours entwined,” the five songs that make up her I Come From Crazy EP reveal an artist unafraid to divulge her shortcomings, frustrations, and desires.

"It took a while for me to be self-confident enough to write a song without complex chords in it," she recalls, referencing her previous life as a singing pianist in jazz clubs. "I noticed that what I really loved as a kid were songs that told stories, and a lot of those were country and Americana … my songwriting started to have more of a tilt towards that direction." Throughout the EP, Copland’s sultry vocals are framed by country-tinged instrumentation from a stellar lineup of some of Austin’s finest—including Warren Hood on fiddle (Alejandro Escovedo, Joe Ely, The Waybacks), Adam Nurre on drums (David Ramirez, Jeremy Pinnell) James Bookert on banjo (Whiskey Shivers, Wild Child), Devin North on bass (Arielle), and Justin Douglas, who also engineered and co-produced the album with Copland, on pedal steel and guitar. The resulting sound is akin to a rowdier, rootsier Madeleine Peyroux or Melody Gardot.

Lead single "Daddy Don't Do Politics," which earned an accolade from the International Songwriting Competition (2020 Semi-Finalist, Folk/Singer-Songwriter category), might be the most timely of all the tracks on the EP. In just over two minutes, it offers up a succinct summation of that moment when a father gets a lesson in privilege from his more progressive daughter. “He didn’t appreciate me pointing out that he had a huge head start in life, and I didn’t appreciate him willfully ignoring a massive amount of privilege. So I got a little passive-aggressive and wrote this song and admittedly had a lot of fun while doing it,” Copland recalls.

Looking for an escape of sorts during the pandemic, Copland says she steered her efforts towards simply having fun with music, centering the storytelling, and looking internally to family dynamics for inspiration. “I was focusing on telling a story, whether it was funny, sarcastic, or getting a political dig in, and trying to write to that story rather than coming up with a song and then writing a story to fit.”