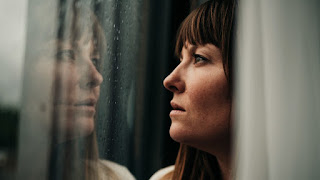 Calgary-based singer/songwriter Elle Celeste releases the second single, “So Few,” from her debut solo album Call On Me, due out in Autumn 2022. Much like the title track, shared back in March, “So Few” offers another powerful glimpse of Elle Celeste’s stunning artistic vision that combines familiar folk-rock elements with cinematic atmospherics, all propelled by her haunting voice, reminiscent of Cat Power’s Chan Marshall and Sharon Van Etten.

“This song was inspired by the original Blade Runner from 1982,” Elle Celeste says. “I enjoy the gloom and dread in the film and the feeling that everyone is just existing. Vangelis did an incredible job on the score. I tried to emulate his synth tone in the intro. Overall, this track is my ode to the rise of machines.”
Elle Celeste’s new material builds on the “21st Century folk music” approach of her former band Copperhead that blended punk, ambient and electronic sounds with traditional elements. She wrote eight of Call On Me’s nine tracks, later crafting them with longtime musical collaborator Kirill Telichev and producer Casey McMechan, better known as the electronica artist Tyrek.

Beginning in December 2019, the trio assembled Call On Me over the next 18 months, building sonic landscapes to complement Elle Celeste’s unflinching lyrics, many based on her personal experiences. “I feel I’ve matured in almost every way making this record,” Elle Celeste adds. “It’s motivated me to keep looking for ways to connect my experiences and song concepts with audiences.”

In all, Call On Me provides a dramatic first impression of a dynamic new voice on the Canadian independent music scene. With an ear trained to the past, but with her eyes firmly set on the future, Elle Celeste is an artist with unlimited potential. 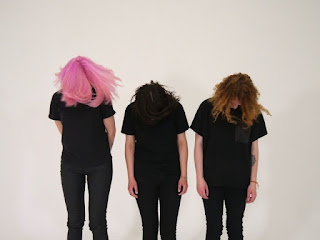 BERRIES - We Are Machines.

BERRIES have unveiled their latest  single ‘We Are Machines’ taken from their forthcoming debut LP ‘How We Function’ (out 8 July 2022).

Once more tackling a hard-hitting theme head on with a razor-sharp blend of fuzzy guitars, driving riffs and gritty rock melodies, ‘We Are Machines’ arrives as BERRIES announce the release of their first cohesive full-length record ‘How We Function’, out 8 July 2022 via Xtra Mile Recordings.

Tracing the thread of guttural garage-rock that ran through earlier single ‘Wall of Noise’ — but lacing it with a more infectious sort of optimism — ‘We Are Machines’ blends jagged noise-driven instrumentals with a rhythmic guitar riff and catchy, convulsing melodies that wriggle in the head long after the track has come to a close. The track itself grapples with the struggles we as humans face in a society hell-bent on dehumanising individuals.

As BERRIES explain: “It is a song about struggling in a demanding society and being exploited by people who have little empathy or concern for your well-being. The song touches on how we are forced to become machines, trying to maintain an impossible level of perfection and how we need to fight against this. Admitting we are only human and finding the strength to stand up and push for balance and rights. In turn, becoming a different type of machine.”

With its expert alloy of barbed guitar lines, polished yet anarchic and densely layered rhythms and melodious vocals, ‘We Are Machines’ is a skillful second glimpse into BERRIES’ forthcoming debut ‘How We Function’ — an album ostensibly about mental health struggles and the resounding empowerment of overcoming and learning to live thoroughly with them.

Of the new record songwriter, guitarist and vocalist Holly explains: “The album is about strength and growth, and recognising the dark times and how you get over them. We’ve got over a lot of mental health struggles, but we wanted the album to have an empowering vibe to it as well. This is our journey to growth. Mental health is not a shadow over what you’re doing — this is really healthy and we can talk about this stuff.” 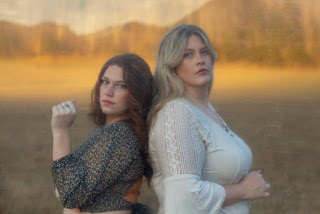 When a master songsmith like Tom T. Hall calls someone “a great credit to a wonderful Kentucky tradition,” it’s time to pull up a chair and pay attention. As it pertains to the nearly-decade-running duo The Local Honeys, he was right on the money. The duo—Linda Jean Stokley and Montana Hobbs—have long been an integral part of Kentucky’s musicscape, and on July 15th, they’ll be adding a new entry into the Bluegrass State’s rich musical canon. Their first release on La Honda Records (Colter Wall, Riddy Arman, Vincent Neil Emerson), The Local Honeys features ten winsome vignettes of rural Kentucky, conjuring 90’s alternatives sounds with hillbilly Radiohead lilts, soaring above layers of deep grooves and rich tones masterfully curated by longtime mentor Jesse Wells, a GRAMMY-nominated producer, musician (currently a member of Tyler Childers’ band The Food Stamps), and Assistant Director at the Kentucky Center for Traditional Music at Morehead State.

Today, The Local Honeys shared their first taste of the new album with “Dead Horses,” an emotional look at the tragedy of animal husbandry. With lines like “Suppose we’re all just animals with slightly different hides,” Stokely displays a cut and dried existence on the farm and the world at large while drums and banjo meld together propelling the tune from verse to verse. The accompanying music video finds Stokley and Hobbs surrounded by nostalgic photos of their equine counterparts, contributed by the band’s fanbase, adding weight to the meaning of the song itself. The“Dead Horses” video can be viewed right here and pre-order or pre-save The Local Honeys ahead of its July 15th release at this link.

Over the years, The Local Honeys have paid their dues, garnering countless accolades and accomplishments (tours with Tyler Childers, Colter Wall, praise from the New York Times), and have become the defining sound of real deal, honest-to-god Kentucky music. With The Local Honeys, Stokley and Hobbs ended up with the most nuanced, moody, deep-holler sound they have captured to date. “This is the first time we’ve actively gotten to express who we are and where we’re from” says Linda Jean, “The songs on the album speak for us,” adds Montana “they’re about what we know, reflections of us as people. We realized we have the power to add our own narrative into Kentucky music.”