Up-and-coming London-based, Glaswegian indie-pop artist Alex Amor releases her new single "Colour Me" on UK Indie label Young Poet. Fresh off the road after supporting Thomas Headon on his recent UK tour, Alex Amor teamed up with Mack Jamieson and Gianluca Buccellati who produced “Colour Me”, the latter known for his work on Arlo Parks' Grammy-nominated album Collapsed In Sunbeams.

Glowing with star quality, Alex Amor finds a delicate balance between indie and dreamlike alt-pop as she gracefully describes the arrival of a special person using a lyrical pallet awash with colour: "Pocket full of sunshine / Need shades to see her / Golden in the day time".

Speaking on the release of “Colour Me”, Alex Amor said: "When you’re in a dark place, life can seem grey, monotonous and stale. But sometimes, all it takes is for one person to come crashing into your life for the world to come back in blazing colour. Falling in love makes the leaves turn greener, the sky bolder and the sun shine brighter. It’s like you’re viewing the world through a saturated lens, where the boring parts of life become not only bearable but enjoyable again with this person by your side."

Hailing from suburban Glasgow, Alex Amor takes an uncompromisingly direct and emotionally honest approach to songwriting, marrying together an alt-pop aesthetic with biographical accounts of her experiences growing up; combining the sincerity of Billie Marten, the versatility of Phoebe Bridgers and the pop sensibilities of Olivia Dean. 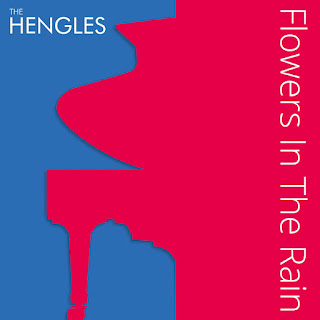 The Hengles - Flowers In The Rain.

Summer is coming! The Hengles give you their new single Flowers In The Rain. Many of us will cherish those vivid memories of a long-gone childhood, when life seemed simple and the music was good. Flowers In The Rain brings you back to the days when you were just listening to the radio and enjoying the summer breeze that seemed to go on and on forever. Of course, it didn’t, but those happy days will stay with you for a lifetime.

The Hengles were asked to write a song for ‘The Floral Album’ art exhibition this year. That song became Flowers In The Rain. There are of course many Flowers In The Rain to be picked, but don’t worry, you just can’t go wrong here, because everything will be all right!

The distinguished gentlemen of The Hengles started in 2015 as a 100% cover band. After signing to Dutch digital label TCBYML (January 2019), the band made the transition to recording self-penned music only. Influenced by more than 60 years of British and American pop music, The Hengles manage to blend this into their own style and give proof of their skill in writing and recording melodic, catchy pop songs with a twist.

TCBYML · The Hengles - Flowers In The Rain 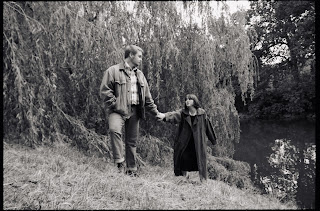 Wy are a band strongest at their most vulnerable. The Malmö indie duo, Ebba and Michel Gustafsson Ågren, have showcased their musical skills across three albums, 2017’s Okay, 2019’s Softie and 2021’s Marriage which gained them recognition from KEXP, Line of Best Fit, NBHAP, Tonspion, CLASH and more as well as tours in Germany, Scandinavia and the UK. But what makes them stand out as a band is the raw, brutal emotion they capture in their music. A Wy song at their best sounds like opening it all up, and letting the feelings flow where they will, letting the pain, anger, fear, hope and love steer the song. Those emotions are spun into the band’s skyscaping, cinematic sound, and turned into music that has a force behind it, a power that hits you, even when it's at its softest. High Score is the second song from new EP Something Amazing which is out on all platforms and a limited CD including a six page booklet (which also includes Marriage) on June 17th.

High Score "expresses some sort of catharsis. Letting go of that control and letting things be the way they are. It’s a message for everyone who, like the both of us, have been struggling all their life to conform and fit in."

Something Amazing picks up where Marriage left off, exploring dramatic life changes, including the experience of knowing that there soon will be a third person in the family. It is the second release since signing to Rama Lama Records (Melby, Steve Buscemi's Dreamy Eyes, Chez Ali etc.) and continues the path from last years Marriage, leaving the more produced style of second album Softie behind, it turns to the simpler sound of their earlier work for music that’s rawer and sharper.

The duo describes it as being about “the light at the end of the tunnel. About narrowing your circle and focusing your gaze on what is important - the people close to you. About a door, opening wide into a completely new life, with entirely new challenges and overwhelming beauty. ” 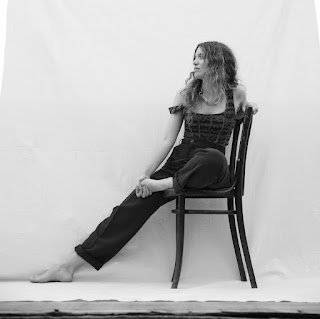 Carmody has long been using music as a way to uncover her subconscious, examining the complex web of relationships that surround her. Rich in detail and emotional substance, her music evokes the timelessness of Joni Mitchell and Joan Armatrading while nodding to the modern alt-folk of Laura Marling and Big Thief. In the face of memory and generational grief, Imperfect Constellations is split into four main parts (or 'Constellations') and draws on her own experiences of alternative therapy, entering a world of discovery and recognition.

Co-written with and produced by Young Poet label-mate Conor Albert, "Trespasser" merges captivating folk songwriting with modern production flourishes to stunning effect; written about relationships that leave a lasting imprint on you: "I can’t forgive my mind / summons you at night"

Speaking more on the lyrical meaning behind the track, Carmody said: "It’s about the frustration you feel when your body still remembers, despite the passing of time. Even if you would like to forget them, there is always a constant pull towards their memory. I took this track to Conor Albert who produced it and added some beautiful piano lines that really brought the track to life."