Following on from the release of their stunning debut album ‘Dead Circles’ in 2018, which helped propel the duo around the world with their rich and breezy aesthetic, Finnish outfit Tuomo & Markus return once again to deliver their newly unveiled offering ‘Wishful Information’.

Throughout their tenure, the pair have always looked to bridge the gap between psychedelic and folk-inspired soundscapes, and ‘Wishful Information’ looks to become their most alluring release to date. With a new album set to arrive later this year, their latest gem explores a warm and inviting atmosphere that sees them deliver a truly captivating and spacey delight. Rolling Stone critic David Fricke describes their recent effort as the sound of psychedelic Helsinki blowing through LA’s Laurel Canyon.

‘Wishful Information’ was tracked at Jonathan Wilson’s Fivestar Studios in Los Angeles. The song’s captivating lyrics couldn’t be more topical now, portraying an age of disinformation and confirmation bias where our feelings get manipulated, our fears reorientated, and our brains intoxicated.

Tuomo & Markus are a new musical project from acclaimed Finnish soul/jazz artist Tuomo Prättälä and singer/songwriter Markus Nordenstreng of The Latebirds. The duo’s music has been described as Nordic Americana and indie-folk with distinct jazz, soul and prog-rock influences. Their haunting harmonies complement each other much like in the cases of Simon & Garfunkel or Crosby Stills Nash. 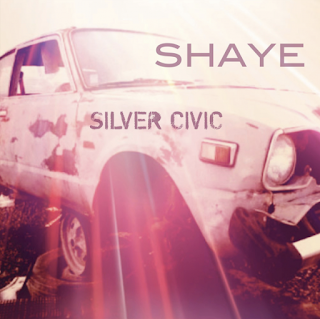 From the band - We’re Kim Stockwood, Damhnait Doyle, and Tara MacLean. In 2002 at the urging of then EMI President, Deane Cameron, we came together to form Shaye. We then went on to release two records, win numerous awards, and receive crazy amounts of airplay. While the band broke up in 2017, the friendship that drew us together to form Shaye has not waned.

We wanted to record a song to mark the 20th anniversary of the band. We spent weeks listening to dozens of amazing Canadian songs. Finding consensus is never easy with a band but one day while we were on Zoom, reviewing our shortlist yet again, Damhnait looked out her window and saw Charlotte Cornfield walking down the street.

The universe sealed the deal. Charlotte’s “Silver Civic” spoke to us equally and we wish we wrote it. That heartbreak where you see the person you love everywhere, in everything. We wanted to take people on that journey of loss and longing with us. Now every car we see is a silver civic! 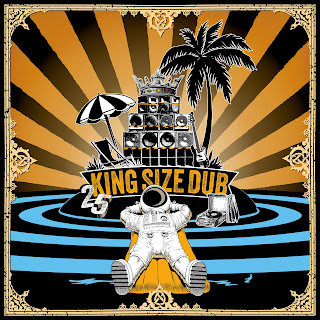 The music suggests sunshine and sound systems, hot sand, and cool drinks, the bass shuffles calmly but also provocatively rebellious. Dub is the art of the disk jockey they first raised to stardom in Jamaica. In the fifties, there were music mobiles, the "sound systems", the replacement for missing radio stations.

The DJs, who were concerned about exclusivity, soon recorded their hit singles themselves, with instrumental backing for jokes and announcements. At the end of the sixties, this dub became independent due to technical progress. King Tubby and Lee "Scratch" Perry played with reverb, echo, and retrograde tapes. Dub broke away from Jamaica and went to New York or London, where his militancy goes well with punk.

There is a dub series that has been causing a sensation for years, and has been since the release of "KING SIZE DUB 1" (back then in cooperation with the cult magazine SPEX) in 1994! In the series there were always trips to obscure counting (Vol.69) and specials about certain regions (Dub In Germany), labels (ON-U Sound Records from London) or bands (Dubmatix from Toronto)!

It's wonderful that with KSD 25, another compilation in the series presents Dub as a multi-layered art of sound mixing. In this edition, Echo Beach friends old and new dub each other or present their own versions of pop and reggae hits by the likes of the Ramones, Bob Marley, Blondie, Robert Palmer and David Bowie.