Nashville-based, critically-acclaimed artist and activist Kyshona has released "Rise The Tide," today. The track is a swampy, foot-stomping anthem about how when one of us is supported and excels, the tide rises for everyone, inspired by her fellow artists, activists, and change-makers.

Of the song, Kyshona says, "Over the past three years, I have seen it all around me from acknowledgment of things that are wrong in the music industry to people lending support, giving space, and making strides. As artists in our community are finally being placed in the spotlight, with each success we have individually, we rise the tide together. This song acknowledges and celebrates that--and is meant as a call of encouragement to keep doing the work that isn’t always easy."

Kyshona's latest album, Listen, was lauded by NPR, Billboard, No Depression, Rolling Stone, Rolling Stone Country, The Bluegrass Situation, and more. Listen came out right as everything shut down, but over the past year, Kyshona has performed at Newport Folk Fest, gone on tour supporting Allison Russell, appeared on late-night television singing with Margo Price, released a song with Adia Victoria, Margo, and Jason Isbell called "You Was Born To Die," and recorded a cover of "Mississippi Goddam" with Adia and Kelsey Waldon. She made her NPR Mountain Stage debut in April, will be featured on PBS twice this year, AND she founded a charitable organization called Your Song which provides music therapy services to marginalized communities (Kyshona is a licensed music therapist and has a degree in Music Therapy from UGA!).

She's a total powerhouse who is tirelessly using her gifts to change the culture to make the world a better and safer place for everyone in it. 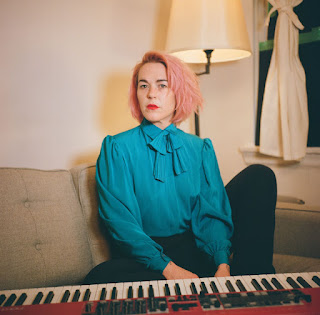 CATQ is Cat Montgomery, Toronto-based musician and multidisciplinary artist. The keyboard aka The Queen, is Cat’s first friend and has been her primary artistic outlet.

CATQ’s songwriting skills and performance style swim from power ballads to indie art rock to banging pop anthems. With a raw and animal stage like presence, Cat cuts up the stage. She has a powerful vulnerable yet playful and raw interactive style – engaging with audience members – feels somewhere between cabaret and punk rock. Think 70’s style Bette Midler meets raw fire of Kathleen Hanna’s Bikini Kill and the costume action of Gaga. CATQ loves to perform with her backing band THE NEW ROYALS (Graham Mackey on drums, Jess Roveda on bass) – that’s when the party is in full effect.

CATQ has produced 2 LPS (Loba Loca: 2018, I Caught a Fish: 2021) and 3 EPS (Heart For A Ride: 2019, Heart For A Ride Live-Off-The-Floor: 2019, Blizzard on Bear Mountain: 2017). A few of her tracks are featured on acclaimed web series, “Avocado Toast” and “Barbelle”, and recent indie flick, “Discretion”. CATQ and her co-producer Radio Logic Records will be scoring the upcoming feature film “Satisfaction” this coming fall.

Cat is a trained theatre artist (MFA at York University), voice and singing teacher (Centre for Indigenous Theatre) and kids show creator (The Cat in Space Show, currently in post-production). When Cat isn’t hustling gigs, as the indie artist she is, she works in film, cleans houses, takes naps and waters plants in her sweetheart Parkdale apartment. 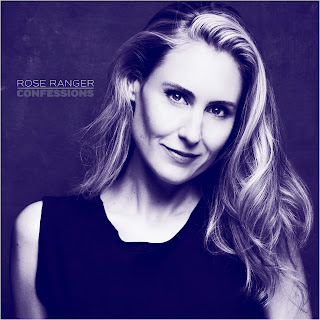 "I feel that music is the most powerful medium in our culture because it is a universal language. Music has the ability to move us into our heart and out of our fears."

Hailing from Vancouver's North Shore, Rose Ranger's creative process is inextricably linked with the ocean and mountains that are stone's throw away from her front door. Combined with her love of all musical genres and her utmost appreciation for all the creative arts - the blend creates a dynamic vibrancy in her songwriting process. And that sentiment is a testament to her new music. The lush songs are an ode to self-discovery, and to the subtle yet profound moments of life - with the results being unpredictable, vulnerable, strident and sincere. “I was always musical, I didn’t really follow any one type, I absorbed it all. I grew up dancing as a kid: ballet, tap and jazz. And with dancing there is a different style of music for each dance form. With ballet it was classical, tap was mostly Broadway show tunes and jazz dancing had pop and rock. So, I’ve been influenced by a lot of different styles of music and creative art forms.”

Now with six studio albums under her belt (including a Christmas album) the multi-talented artist is thrilled to be releasing new music into the world. This year also marks the 20th anniversary since she released her debut album back in 2002. Rose Ranger’s first single on her new eight-song album Confessions, aptly titled Confession draws on a mix of musical influences from the 1990’s but with a current 2022 era production feel. The falsetto vocals on this track are reminiscent of 90’s era artists like Kate Bush and Prince combined with a catchy piano hook in the vein of Bruce Hornsby and chill lounge pop vibes of Sade. The song is a musical love letter to someone from the past where there was an undeniable chemistry and connection with but couldn’t make it work. “I think most of us have, at some point in our life felt that we weren't ready for a something because we needed more time to get to know ourselves better and figure out what we want,” she says. “Sometimes in the process of doing that we might confuse or hurt people around us because we can’t completely express what we’re feeling because we don’t entirely know either.” The artist has also released an electro pop radio remix of Confession, remixed by Grammy winning Mixer, Phil Larsen of Manhattan Clique who has worked with some of the biggest names in pop and dance music.

Rose explains, “this album similarly titled Confessions - and there are many of them, is about speaking my own truth. It’s about resiliency and learning how to find strength in vulnerability and finding one’s inner hero.” The album was produced by Juno award winner Ryan Stewart and Rose Ranger as co-producer. Together they worked in Stewart’s recording studio last summer through the peak of COVID. She shares, “we had protection glass set up between us and wore masks until we got vaccinated. Then we had the crazy summer heatwave and we were working on the hottest day of the year. At some point into recording my vocals, I started loosing my voice which has only happened to me once before in 2012 after overuse of my voice. I had to stop speaking for the month of August to save my voice for singing, so there was a lot of unpredictable changes going on.” 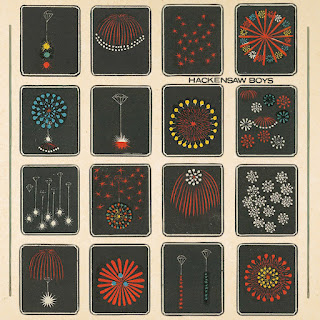 Hackensaw Boys - Only On The Brightside.

Hackensaw Boys' latest album is out this week. After twenty years together in various forms, their first self-titled is likely their strongest. Americana UK just reviewed and said it "...will probably go down in the band’s history as a watershed moment," and we agree.

A huge spectrum of American roots music is covered on the eleven song album. Fom indie folk to dive bar country to traditional roots their songs pack a wallop like a young David Sickmen just walked out of Virginia yesterday.

We have a theory that it's his age, though, his wisdom, his time in the trenches, decades of perpetual touring and even his years of time away with vocal issues that make the songs as strong as they are. Some of these were penned around the time of the formation of the band.

Steeped into some psychic medicinal tea, this brew of heady, hopeful jams could be the best effort ever from the still-punk, still-diy, still-hot band.

Hackensaw Boys · Only On The Brightside