Each track on Bryde’s new album Still explores a different kind of love. It’s a reflective and deeply psychological record, and though it comes with beautifully vulnerable moments that tap into our ideals of romantic love, it also pulls apart society’s pre-conceived ideas of what love should be, with songs that take us on a different path, one exploring concepts of self-love and embracing our shadow selves.

New single ‘Epilogue’ sits somewhere in the middle, it’s undoubtable a love song, stripped down with Bryde’s achingly beautiful vocal vulnerably relaying her most inner thoughts (it’s opening line alone is pure heartbreak…. “I wanted you to call me baby, I wanted you to like my hazy world”). However, whilst tapping into the feelings of being in-love, it simultaneously steps away from the fairy tale ideal, offering a more realistic viewpoint. As Bryde expands:

"Real love is about knowing someone. Their flaws, their annoying traits and habits, hair unwashed and wanting them anyway. It wants nothing but the best for that person and is never jealous of their achievements or gains.”

The ‘Epilogue’ video sees Bryde team up once again with director Rhys Davies, with the concept inspired by the song’s lyrics ”sew myself into your seams”. As Bryde expands “It emerged from the idea of trying on someone else’s clothes, from the idea of identity, of feeling this draw to merge with another person entirely and then trying to find oneself again in all of it. Peeling off layers and emerging from the experience, blinking in the daylight.” 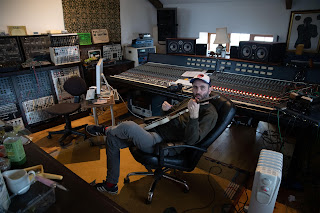 Pixy Jones - I'm Not There.

El Goodo guitarist and songwriter 'Pixy Jones' has announced that his debut album entitled 'Bits n Bobs' is due for release on 16th of September via Strangetown Records. Branching away from the familiar El Goodo platform, Welsh psych scene stalwart Pixy Jones has himself compiled a truly remarkable collection of tracks that fluctuate from 60's harmony-rich psych pop, to Alt-Country with ringing tremelo guitar.

The swaggering 'I'm Not There' is the first single to be taken from 'Bits n Bobs' accompanied by a magical version of Beatles track 'And Your Bird Can Sing' as it's B Side, which is released digitally today Friday 1st of July.

Pixy had this to say about the release: The album was originally intended as a solo project under the pseudonym of “Wallace Russell”. I recorded it alongside the recording of Zombie (El Goodo) whenever I could get in the studio. There are some really old songs that have always been overlooked for 'El Goodo' albums for one reason or another, a few new ones which I wrote specifically for this, and a couple that would have probably ended up on the intended double album version of Zombie if we’d kept going with the double album idea. I’ve since ditched the 'Wallace Russell' name and gone back to 'Pixy Jones' as I figured there’s no need to have a pseudonym if nobody knows who you are in the first place. Even though I dropped the name I’ve kept the walrus mask for now as it is more photogenic than my actual face. 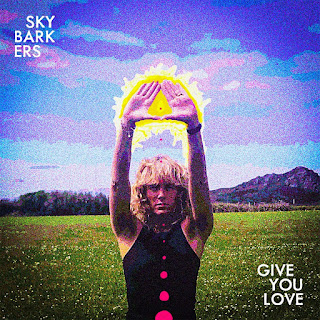 Sky Barkers - Give You Love.

Sky Barkers is an indie trio based in coastal West Wales. It is comprised of Joanna MacGregor Messore, Dan Messore and Matt Brown. They make groove based, hook heavy, vocal laden music - lyrically connective and energy driven, rooted in song-writing but with a wonky edge. ‘Give You Love’ is the bands second offering writing as this current trio, following on from their first single ‘Beholden to None’. Expect a full EP soon, coming this Autumn.

Jo MacGregor says: “Give You Love is a celebration and rebellion song. We wrote it during one of the lockdowns and it’s really just about loving - honestly and wildly, which in the current climate seems an act of necessary rebellion.

Letting love be the force that courses through you and blasts you out of apathy, fear, whatever. But we’ve got to dare to be vulnerable enough to let it in, to feel it for real - and so many of us have big old bags of pain in the way. But in those moments when we really connect and let this incredible force tingle through us - it’s pretty wild. And we need it like water.”

bubblewrap.collective · Sky Barkers - Give You Love 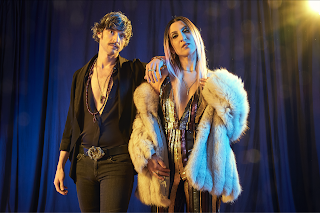 Goodnight Sunrise - Wait For It.

Toronto rock band, Goodnight Sunrise, was founded through a shared love of pop hooks and the raw power of classic rock.

Since 2011, the band have taken their explosive live show to over 300 audiences across Canada, the US, and Europe, opening up for Bon Jovi, Big Wreck, and The Sheepdogs along the way.

Their latest release, "Wait For It," is a driving alternative rock track for the summer, written for anyone who is tired of being confined by societal pressures. It's a rousing sing along for the dreamers who are tired of everyone else acting like they've got all the answers. 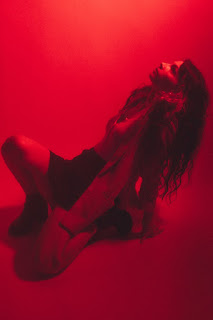 Gal Musette is the nom de plum of Grace Freeman, a musical prodigy who began writing piano based lyrical compositions and performing at open mics in her home city of San Clemente, CA at the age of 10. Her graceful approach to melody-driven indie-folk and French chansons has captured audiences all over Southern California.

At age 14, inspired by The Magnetic Fields’ triple album 69 Love Songs, Gal recorded her own collection titled 70 Love Songs, which caught the attention of the band, and won her an opening slot on a few of their Midwestern U.S. tour dates. In more recent years, Gal has opened for several renowned artists such as Macy Gray, Suzanne Vega, Todd Snyder, and Donavon Frankenreiter. While her artist name is taken from bal-musette, the accordion-based, waltz-style French instrumental music, Gal’s primary inspiration is drawn from songwriters including Joni Mitchell, Regina Spektor, Bjork, Cocteau Twins, Burt Bacharach, Irving Berlin and The Cure.

In October 2021, Gal released her debut album, Backwards Lullaby, featuring a vocal duet with one of her biggest musical inspirations, Rufus Wainwright. The album explores the pangs of hopeless romances and unrequited love, what it’s like to move beyond idealized love into the acceptance of what is real and constant, as well as the cyclical nature of life and love in relationships.

Musette's upcoming EP, Backwards Lullaby [Reimagined], comprises three tunes from her original LP, which she collaborated on with Via Mardot, a prolific and multi-talented musician from Detroit, Michigan. Mardot performed every aspect of instrumentation on this EP including the theremin, violin, cello, double bass, acoustic guitar, and much more. The EP was brainstormed and produced by the talented Jon O’Brien and is out today July 1, 2022.