Over the past few years, and through a few different iterations, Seattle-based math-rock emo-punks Scarves has established themselves as, “One of the city’s top notch rising acts,” according to KEXP. In that same paragraph, the words “jarring” and “abrasive” also appear so that starts to paint a picture of the dichotomy that has been at play for the band and its frontperson/founder Niko Stathakopoulos.

On “Delicate Creatures,” Scarves ponders human fragility through an ordinary day that changed in an instant. Inspired by a friend who maintained her composure after busting her lip open on a basketball court, “Delicate Creatures” conjures up the character of “Jackie,” a person who comes to embody the attempt to be strong within an unrelenting world.

“A regular moment can explode into blood so quickly.” Stathakopoulos says. “What does that mean for a human? What are we pushing against by existing?” As he paints the portrait of Jackie, a wild thing, Jackie, a switchblade on her shoulder, he fleshes out her out-frame-opponent through her struggles: “It’s hard to stay soft when you feel surrounded by such sharp teeth / It’s hard to stay calm when you feel just like fresh meat.”

Still, Stathakopoulos glimpsed an act of resistance on the basketball court that day, however small, and it is this such act that drives the track’s reluctantly hopeful closing lines: “We are all just tiny comets up against one big rock / And I hope you make an impact.” 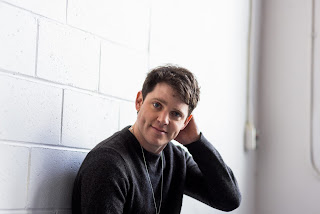 Carleton Stone - House In The Hills.

On his third solo album, the self-produced Papercut—armed with a couple lifetimes of songwriting and touring in his rear view mirror—Carleton Stone gets honest about the toll of devotion to craft while illustrating his mastery of it. Through sax-blasted Americana, power-pop laced with '80s synth, and dreamy, sophisticated pop melodies, the Nova Scotia songwriter blurs genres to explore a tumultuous few years and some of the scariest questions someone can ask: "What the hell have I done? What if I'd gone down some other path?"

His brand new song, "House In The Hills," encapsulates the feeling of accepting that we are enough with what we have in our lives. It feels like the media or internet is always trying to sell us something to help improve our lives or make us feel like we aren’t enough, and Stone is trying to counterbalance that feeling with this song.

With this song, Stone really wanted the lyrics and the message of the song to stand out so he kept the production as simple as possible with just enough to help support the story. When the song was written in early 2020, the pandemic wasn't even a thing that was on most people’s radar at that point. The pandemic only highlighted the feelings in the chorus of this song and reminded us what is truly essential in our lives.
Jones & Co · Carleton Stone - House In The Hills 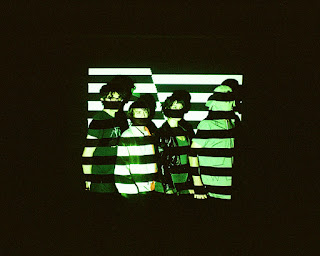 Bay Area indie-punk band Shutups are proud to share “Endless Heaven”, the lead single from their new album, titled I can’t eat nearly as much as I want to vomit. The full album was mixed and mastered by Grammy nominated engineer / producer Jack Shirley (Deafheaven, Jeff Rosenstock, King Woman), and will be released via Kill Rock Stars on October 21st, 2022.

“Endless Heaven” is a four and half minute crash course on the songwriting style of Shutups, who combine catchy indie punk melodies that share similarities with bands like Mannequin Pussy and PUP, filtered through the go-for-broke ambition of a band like Foxing and the experimental genre swirl of Spirit of The Beehive.  Describing his intentions behind the single “Endless Heaven”, the band’s songwriter and vocalist Hadley Davis says “I wanted to write a song that mirrored the feeling of letting out all your air and laying on the bottom of a pool. The crushing comfort of calm water. Every time I worked on this song, I pictured that. It’s a summer song, but for the more mundane moments of summer (sitting in hot cars, power outages, sunburns, days lost to the void). It’s about dissociating and returning mid sentence”. Meanwhile, bassist Bud Armienti said about the song – “I played the gong”.

Beginning as a duo of Hadley Davis on vocals and guitar and Mia Wood on drums, Hadley recruited childhood friends Eric Stafford (Guitar/Synth) and Bud Armienti (bass / synth) from his hometown of Livermore to round out the full band roster. The influence of Weezer on Shutups is immediately apparent – something that Mia and Hadley bonded over early on in their friendship. Songs that contrast distorted guitar tones with disarmingly pleasant pop melodies are not exactly a reinvention of the wheel – in addition to Weezer, they cite bands like The Pixies as inspiration for their own take on the classic quiet-loud-quiet-loud 90s alt rock sound – but the way they assemble these songs is truly unique. “There’s also a good amount of inspiration pulled from mash-ups, as a compositional tool.” Hadley says. “I was and still am obsessed with Girl Talk’s Night Ripper. I worshiped that album in high school as it satisfied my need for non-stop hooks and changes. It also taught me the value of juxtaposition in texture. When I write now I’m thinking about cut and paste techniques more so than typical song structure. This album feels like a mashup of our songs.”