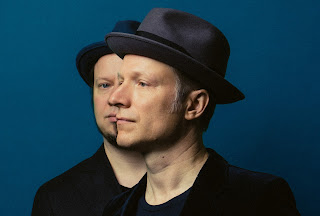 After returning in recent months to deliver their highly-praised single ‘Wishful Information’, their first piece of new material since the release of their stunning debut album ‘Dead Circles’ in 2018, Finnish outfit Tuomo & Markus are back to announce the details behind their eagerly-awaited sophomore LP ‘Game Changing’, alongside the vibrant new single ‘Highest Mountain’.

Throughout their tenure, the pair have always looked to bridge the gap between psychedelic and folk-inspired soundscapes, and ‘Game Changing’ aims to continue that broad and adventurous spirit. With the record cut in the studio of Jonathan Wilson, best known for his production work with Father John Misty and Angel Olsen, and after the stellar reception to the record’s lead single ‘Wishful Information’ earlier this year, ‘Highest Mountain’ makes for an airy and more atmospheric listen. Sitting in the same vein as Nick Drake and David Crosby, it revives more of that smooth and tranquil quality they are known for, this new offering makes for the perfect introduction for what to expect from their upcoming full-length.

Speaking about the inspiration behind ‘Highest Mountain’, they said, “Highest Mountain was inspired by the political polarization and dogmatic thinking that our societies have been faced with in the last 5-6 years, starting with the elections that lead to Brexit and Trump presidency, resulting with the US Capitol attacks, the overturn of abortion rights in the US and in parts also the current war in Ukraine. Some of these can be attributed to the tribalism that the age of social media has created - the idea that ”we believe what we need to believe” and our confirmation bias.”

Tuomo & Markus are a new musical project from acclaimed Finnish soul/jazz artist Tuomo Prättälä and singer/songwriter Markus Nordenstreng of The Latebirds. The duo’s music has been described as Nordic Americana and indie-folk with distinct jazz, soul and prog-rock influences. Their haunting harmonies complement each other much like in the cases of Simon & Garfunkel or Crosby Stills Nash. 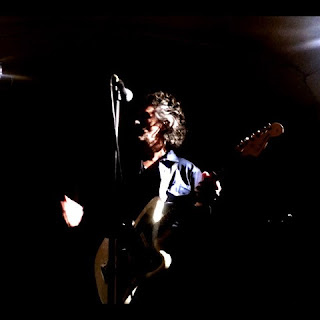 Written by Pearl Diver’s Matt Sage following an intense psychedelic experience which saw him feel an epiphanous sense of connection with the natural world, the lead singer reflects of “Heaven Help Me":

“Heaven Help Me came to me in the woods on strong mushrooms.  It’s about the way in which it sometimes feels as if nature is luring us to rejoin it, to remerge, to allow ourselves to be subsumed.  It’s almost like a poetic death wish in slow motion.  It’s the same impulse that sometimes makes you want to serve into oncoming traffic, or leap over the edge, but you don’t: some grace manages to save you at the last minute and you continue to cling to life, at least for now.”

Through a labyrinth of casually trippy guitars and tightly knotted riffs, wormhole backing-vocals and lysergic lyrical couplets; Sage’s sentiments like “came upon a fallen tree, I thought it was a throne so I took my place. No one there to witness me, or record my fall from grace” make “Heaven Help Me” a listen that is as tightly intricate as it is wholly immersive.

The new single is a glittering entry-point to the ‘Look For The Light’ EP (out now on all streaming services); a record which sees the trio of Matt Sage (vox/guitar), Josh Rigal (Bass), and Joel Bassuk (drums) deliver 4 original songs of a finessed calibre far beyonds its debut credentials. Nodding to the classic works of Radiohead, Pink Floyd and The Beatles, the release finds a band spiralling through psychedelic portals (“Look For The Light”) and taut post-rock jams (“Heaven Help Me”), sleepy reflections (“Give It All Away”) to soulful 70s-inflected grooves (“You Can Bring Your Darkness”).