Twain announces a new album called Noon, out October 21 via Keeled Scales. This week they share the softly rollicking new song, “The Priestess.” Songwriter Matthew Davidson offers, “I thought I was writing this song to a friend and later found out it was directed towards myself. It is about allowing the heart to speak, and being direct.”

Davidson elaborates on the new song, “‘Rugby’ is a street in Ditmas Park, Brooklyn and ‘the Odyssey’ is my old van. The inner landscape of the song, the place it takes me and where it was written, is Las Trampas, New Mexico, and I think about the cold nights and sleeping on the ground under wool blankets, taping up holes in my sleeping bag with duct tape, Folgers coffee in the blue cardboard can, and hearing the elk song for the first time.”

Twain’s fourth release on Keeled Scales, Noon, is a collection attempting to balance soul-fantasy with self-scrutiny, to erode the barrier between those two places, and to find the liminal state between the spirit’s ambition for itself and the often harsh truth of the present. Says Davidson, “Sometimes the facts of life make dreams difficult to protect. Twain is my effort to reconcile those two states… to forget that they could ever exist in opposition.” Noon was recorded by Twain’s longtime collaborator Adrian Olsen at Montrose Recording in Richmond, VA and features bass by Ken Woodward and drums by Austin Vaughn. From Noon, Davidson previously shared “King of Fools,” an offering that compelled Under The Radar to praise “a songwriter of uncommon emotional weight.”

“Noon is where I am, more-or-less, in my natural life span and in my creative life span. I picture noon being at the very bottom of a bowl… the resting point of a pendulum… not the apex of an arc, or the crest of a hill. Arriving at noon for the first time in my life, I sense everything reversing and the possibility to change and cure and heal is real for the first time. This album is a prayer from noon for the rest of the day.” 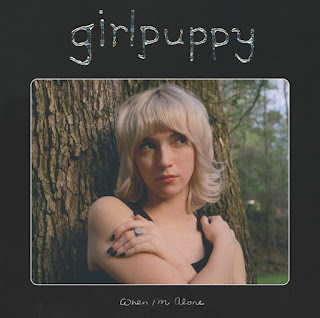 Last year, girlpuppy (aka Becca Harvey) released her debut EP Swan. made with producer Marshall Vore who is known for his work with folk dynamo Phoebe Bridgers, the five song collection, found a supportive home with Royal Mountain Records, and drew remarkable acclaim for a debut EP, earning praise from outlets like NPR, FADER, Paste, Under The Radar, Coup De Main, Office Magazine, i-D, Line of Best Fit and NYLON who called her "one of indie folk's most promising newcomers."

This week, girlpuppy is back and announcing her debut LP When I'm Alone, which will be out October 28th on Royal Mountain. To mark the announce she is sharing the album's lead single "Wish".

“On 'Wish' I was thinking about when friends leave your life and you're not entirely sure why," Harvey explains. "It's a pretty universal feeling, I think. And, the thing is—even if you managed to live in the walls of that person's apartment and were able to figure it out, their reasons might not make total sense. This song is me living with that feeling, when loss just doesn't quite add up. This is the first shoegaze rock song I’ve made and I did that intentionally—the emotions in the song go from anger to sadness to nostalgia and all the other emotions that you feel when you go through a “friend breakup." I imagined it being really cathartic to play it live.”