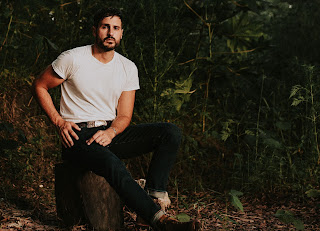 Singer/songwriter Michael McArthur just released another peek at his forthcoming album with his brand new single "Winding River." Originally penned years ago but never finished, the hopeful song closes out Milky Stars with a message of assurance surrounded by gently finger-picked guitar and McArthur's smooth, elegant vocals. Under The Radar featured the song and called it "a blissful dreamy folk tune, gently burnished by subtle synth lines and soulful guitar melodies. McArthur sweeps you away on the titular winding river, leaving you awash in pastoral instrumentation and fervent lyricism."

"If you’ve ever had a day that hasn’t gone your way, you’re not alone," stated McArthur. "It’s likely not the first time it’s happened and it surely won’t be the last. Like the river that winds in pursuit of an ocean, we will, all of us, get to where we’re going. So long as we bend with the bends and seize the ride. That's 'Winding River.' A gentle reminder that we're together in this life. Fighting the same fight. Figuring it out as we go along."

McArthur recently shared the "stunning" (Ghettoblaster) official video for his previous single "Run Around," which was also featured on CMT. Holler previously called the track "one of those songs that will shine brightly in the imaginations of many listeners that fall under its spell; a raw slice of bluesy country soul that brings to mind Stanley Road-era Paul Weller with the emotional weight of Colin Blunstone and the playfulness of Leon Russell." Lead single "Lady Luck" is out now as well, a gritty cry for help which features Drew Smithers (Marcus King Band) on slide guitar. The song has since spent multiple weeks in the Top 40 on Billboard's Triple A Indicator Chart and in the Top 40 on RMR's Roots Rock Chart. McArthur was also recently featured as a showcase artist at JBE SummitFest in Boulder alongside artists such as Charley Crockett, Delta Spirit, Nikki Lane, and KT Tunstall. 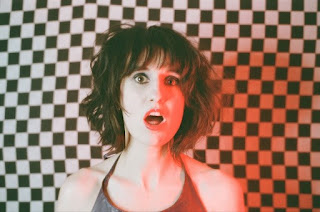 Yumi And The Weather - Can You Tell.

A cautionary tale for the brave, the latest from the creative voice of Ruby Taylor is an ensnaring electro/punk proposition inspired by a series of real-life events that almost had the most calamitous of outcomes.

A song about recklessness and regrets, fate and fortune, loneliness and a longing for love, its suggestive lyrics construct a troubling narrative of a near-miss only narrowly evaded. “Let’s drive straight into the fog, All I know is this isn’t love,” lulls Yumi with all the dreaminess of someone sleepwalking into a cul-de-sac, “This could be the last road that I take, No time to go back or contemplate…”

Of “Can You Tell”, Yumi AKA Ruby explains: “‘Can You Tell’ was inspired by a very impulsive decision… It could have been the biggest mistake of my life, but luckily it was absolutely fine. This song came out of the sadness from feeling the fear I felt that overcame me when I realised I was no longer in control. Thoughts of what could happen came into my head, and I thought about what I was doing and had to have some words with myself. I lived and learnt that life is not a dream where I can just wake up when it goes bad, so I slowed down after that because trust is something you build in time, and presumption is the mother of all **** ups!”

With a laissez-faire cool somewhere between Sonic Youth and Yeah Yeah Yeahs, “Can You Tell” creates a joyride of veering sonics and compulsive rhythms that will fasten you in tight and refuse to let-go until the road runs out. 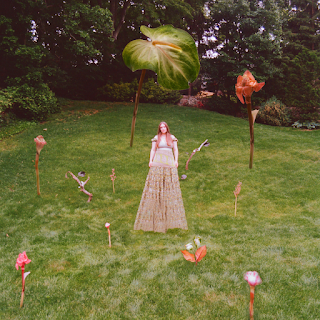 The new single from NY based whimsical indie pop artist Olive Louise is entitled "The Loveliest", the single was written in an airbnb with Olive's fiance.  She confides, "It was awesome putting into a song how much I love the person I'm with and plan on being with forever. I think it’s relatable because it’s how anyone that’s really in love feels, like, this person is amazing and you have your own language with them, and that feeling is universal." With fanciful piano under Olive's signature soul-drenched ethereal vocals, "The Loveliest" is a heartfelt alt pop lullaby.

Olive Louise is a classically trained musician with an innate pop sensibility. The New York-based artist is a promising new voice in alt-pop, thoughtfully carving her own path through captivating storytelling and refreshing vulnerability.

Louise possesses the rare ability to delve deep into self-exploration and still emerge open-hearted, optimistic, and deeply empathetic. This gift, paired with her natural musicality, is ultimately what has drawn listeners to her. Her poetic-yet-digestible lyrics and haunting, airy soprano are a hypnotizing amalgamation of her classical roots and indie-pop influences. In the short time that she’s been releasing music, she has amassed a passionate fan base that recognizes and appreciates her talent and authenticity.

Growing up in Kings Point, New York (on the very estate that inspired F Scott Fitzgerald‘s novel The Great Gatsby), Louise spent her early years studying piano and violin under the tutelage of her mother, who was the lead pianist of the Long Island Philharmonic Orchestra. Her earliest memories include falling asleep to the sound of her mother’s playing and being allowed to leave for school only after mastering a Vivaldi concerto — inevitably, music is part of Louise’s molecular makeup.

Unfortunately, Louise’s dreamy childhood was cut short by the tragic passing of both of her parents. After this devastating loss, she turned to songwriting as a way to process her emotions, eventually recording a song at a studio in her hometown. The experience showed Louise that while she loved Vivaldi and Mozart, she was capable of creating something entirely her own. 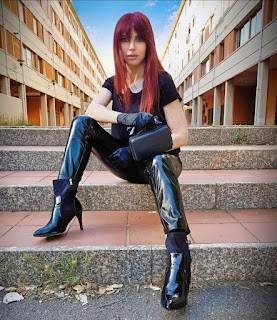 Enigmatic Italian singer Elena Alice Fossi has released the lush single, 'Poison Fresh', which is taken from the forthcoming new full-length of her dark electro project SPECTRA*Paris. The fifth album of that band is entitled "Modernism" and has been slated for release on August 26.

SPECTRA*Paris comment: "The new single 'Poison Fresh' is perhaps the most psychedelia-inspired song on the album", singer, composer, and lyricist Elena Alice Fossi writes. "It is a journey to unknown shores, where you learn how to free yourself from reptilian and poisonous empires. Getting on that spaceship has a price and takes you away from the known side of the world. But the dream is well worth living. 'Plant your stigma on all dogma'!"

Charismatic, enigmatic, and absolutely outstanding, singer Elena Alice Fossi, who is best known for her work with Italian electro-trailblazers KIRLIAN CAMERA, presents "Modernism", the fifth album of her eclectic project SPECTRA*Paris. "Modernism" is transfiguring electronic music through the prism of Elena’s voice and several collaborations with other musicians into a beautiful kaleidoscope of stylistic colours ranging from EBM, future pop, dark electronic, art pop, and various influences more.

"Modernism" in a way is a musical child that was born out of the isolation that was imposed on Northern Italy during the pandemic. To cage a tigress like Elena and to separate her from the beloved stages and music performances probably had to result into something consequential and massive. With "Modernism" the singer and composer turned something horrible into something wonderful in a process that was liberating and empowering at the same time. Elena trapped into the SPECTRA*Paris songs all the notes that absorb her fears, her astonishment, and her sense of confusion into what she calls "a weird concoction of melancholy and rhythm".