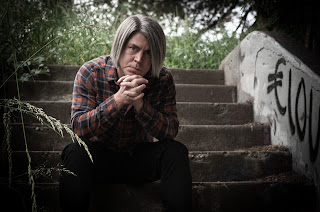 Nels Johnson - The Light That Guides Me.

Nels Johnson recently released the Americana single “The Light That Guides Me". It’s off the upcoming album release, “Ios,” due out October 14. “The Light That Guides Me” delves into a father/son relationship asking, “If he passed away, how would I want to remember our time together?” The single wistfully remembers and processes loss while finding hope within it all.

The single takes a nostalgic look at positive memories growing up, some real, some contrived, all of them gone and not here anymore. Johnson says, “I love the nostalgia of the first verse, of finding a picture of an old loved one in an attic and being surprised at how different and young they used to look, and just remembering them in a new and different way.” The song also looks to the past as a guide through challenges in the present, “as I travel through this distant and foreign land, longing to grow into a man.”

On “Ios,” Johnson leans into the theme of surrender, coming to grips with who you are as a person and what makes you happy. The songs embrace the human experience and stories that shape and change us along the way. A visit to the Grecian island, Ios, inspired the record’s theme. Johnson wrote three songs on the album, “Rest,” “Holy Men,” and part of “Surrender,” while on the island. He says, “It was a place of total relaxation, which freed me up to slow down, quiet all the loud voices and get in touch with what I was feeling. It’s hard to describe, but I experienced a sense of freedom and just comfort in my skin that I don’t know that I’ve ever experienced before.” Those themes are captured in the songs that led to the album being named after the island.

Nels Johnson · The Light That Guides Me 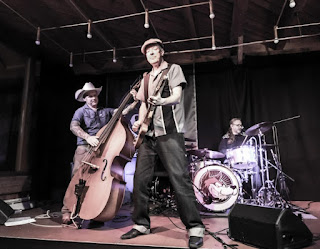 Louie & The Wolf Gang have been causing quite a stir in Swiss rockabilly-scene over the last months. They have already thrilled audiences at concerts at major festivals such as the 'Tiki Bash' or 'Rockabilly Stomp' at the legendary KuFa Lyss - where they were immediately invited to play again on 23.9.22 with legendary The Polecats and others. Since spring of this year, the band have also been playing in numerous renowned clubs and festivals.

No wonder, their sound makes you dancing an partying. At the same time, the three-piece are enjoying airplay on radios across the globe - from Rete Uno/Tre, SRF1, Option Musique, BeO to countless international stations.

Just in time for their next tour dates, Louie & The Wolf Gang release their new single 'Hot Wheels'. The track is another rousing rockabilly smasher, inspired by scene-heroes like The Stray Cats, Restless and The Blue Cats.

«Hot Wheels» is a plea for a living club culture. It speaks to those who are bothered as soon as people are enjoying themselves, be it at a club-concert or rockabilly-festival. Louie & The Wolf Gang say: Celebrate instead of complaining about the «noise»! So the track is a homage to the countless clubs and festivals whose lives are made difficult by angry citizens and neighbors - which often leads to the closure of the locations. Until a new album is released in 2023, Louie & The Wolf Gang will release a bunch of new singles. 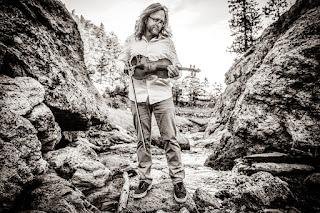 Jeremy Garrett - I Am The River Wild.

Earlier this year, Jeremy Garrett (from the GRAMMY-winning Infamous Stringdusters) returned to the bluegrass roots that first brought him accolades and critical attention when he released his third album for Organic Records, River Wild.

Alongside a successful tour on which Garrett was joined by some of today’s top players, the album’s first single, “What’s That You’re Doin,’” reached No. 1 on Bluegrass Today’s weekly chart and Garrett was featured on SiriusXM’s Bluegrass Junction Sidetracks segment.

Now, Garrett has released a music video for the album’s title track. Leading off the album, the moody “I Am The River Wild” carries a double meaning, capturing the voice of the river and of Garrett himself.

“This song, co-written by Rick Lang, is a picture of how rivers are born and become mighty. Untamed and free. Wild. Perhaps they can be held back, but not when the storms come raging in,” says Garrett. “It feels like I am describing myself as the river as I sing this song.” “We made the video for this song in a pristine part of the southern Colorado wilderness, way up in the mountains, where life to rivers begins,” Garrett told The Bluegrass Situation. “The wolf and the moose bring an amazing feeling to the video and the story unfolds nicely in that setting.” 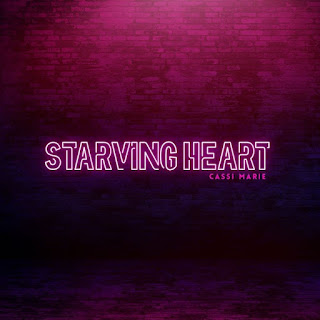 At just 20 years of age, Moreton Bay’s Cassi Marie has been consistently achieving success not only as a solo artist but also as a member of two impressive bands over the past couple of years.

Stepping back into the solo driver’s seat for her latest release, “Starving Heart”, Cassi again reminds us why she is one of the most exciting and talked about talents in Australian country music.

“Starving Heart” brings about a more contemporary and edgier sound to her music. Cassi says the song is about “someone who struggles to let love into their heart and finds it easier to run than to let themselves be loved”.

Cassi’s strong work ethic and bubbly personality has seen her tick many things off her bucket list. She won the Gympie Muster Talent Search at just 12 years of age, penned hundreds of songs and released her debut EP produced by the legendary Bill Chambers in 2019. More recently, releasing singles such as “Walls” and “Burn” has seen the young artist continue to evolve in both songwriting and musicianship, playing several instruments on these recordings. Since 2020 she has been working with the bands The Kindly Ravens and The English Rain, lending her voice and songwriting talents to tracks such as “Silver and Gold” and “Everywhere I Go”. 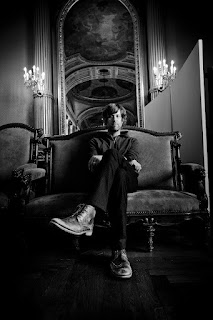 Kramies - Owl and the Crow.

Originally written while travelling through Ireland, “Owl and the Crow” arrives as another dreamy glimpse into Kramies’ forthcoming self-titled LP. Initially just an acoustic outtake, the new single was finally recorded in one take on a late Californian night in Jerry Becker’s Oakland Studio.

As time went on “Owl and the Crow” only grew, with layers and images captured by Kramies’ on his travels. With glimmering acoustic guitar licks flirting with eerie instrumentals and compelling vocals, the new track follows “Hotel in LA” as a second taster of Kramies’ self-titled LP, arriving on 9 September 2022.

Of the new single, Kramies explains: “I’m not sure I’ve ever been able to say this before, because I can’t really understand completely how I process things without relying heavily on the emotions I use to create everything, but “Owl and the Crow” is one of the songs on the LP that means the most to me.”

“For one of the first times in my life I recognise instantly where the story and emotion from this song comes from. I rarely remember anything that isn’t emotionally heightened, if something doesn’t carry bits of historic emotional imagery then I don’t really care about it or remember it. This song has stayed with me. There are a few unspoken landmarks on this LP for me and “Owl and the Crow” is one of them.”

Set for release this September, the new ‘Kramies’ LP showcases a huge spectrum of creativity and sound in a short span of time. Produced by and featuring a whole host of special guests including Patrick Carney of The Black Keys, Jason Lytle of Grandaddy, Tyler Ramsey of Band of Horses and Jerry Becker of Train, the record also includes an appearance from Jim Bogis who has played with Counting Crows and Stevie Nicks.