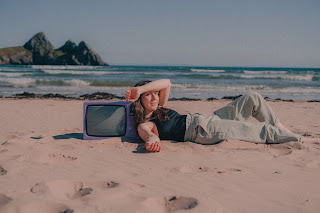 Described as a consistently astounding songwriter, South West/ Bristol based singer-songwriter Natalie Holmes writes lilting, haunting and yet also invigorating Indie-Folk tinted with a hint of Pop. Now back with new single ‘Floating TV’ taken from the upcoming album ‘Vitamin Be’, Natalie once again demonstrates her honey toned vocals and incredible musicianship.

‘Floating TV’ is a prime example of Natalie’s work, bringing together gentle musical textures with dappled moments of experimentation to create a beautiful and warming soundscape. Blending the gentle folk-infused nature of her material with shuffling drums, twinkling piano, swelling guitar lines and jazz influenced double bass, the result is a stunning, multi-faceted musical backdrop. Topped with Natalie’s effortless, ethereal vocals and a deceptively catchy vocal line, the track manages to gracefully tread the ground between Bon Iver-esque raw instrumentation and accessible indie-pop in a unique and hugely effective way.

With her soberingly relatable, yet soothing lyricism, Natalie sets out to strike a conversation between the conflicting effects of modern society, and those of the natural world on our ability to be content. With mental health struggles being talked about and diagnosed more and more, Natalie felt called to write about the simple bewilderment at being a young adult in today’s society and the pressures that brings.

From the constant comparisons we make on social media, to the over-stimulated, unrelenting pace of modern life, to the money fears that leave younger generations wanting to run for the mountains, the upcoming album touches on many elements of modern life and how they can affect mental wellbeing.

Speaking about the meaning behind the new single ‘Floating TV’, Natalie explains: “I have this ever-present sadness at the way the world is becoming more limiting, constantly feeding us stimulation and keeping us needing or wanting an endless cycle of stuff and achievements. This song is about rebelling I suppose - in a sweet, naive kinda way." 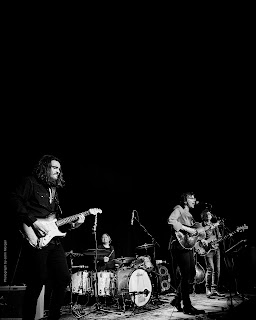 Ahead of a fresh run of UK and Ireland shows this Autumn Annie Keating is revealing a surprise new single: “Sunshine Parade”. Released yesterday, the track is a taster of a brand new EP from the NYC singer-songwriter, ‘Twenty 22 Tour EP’, which will be exclusively available at her upcoming shows.

With its blazing Keith Richards-inspired guitar licks and vaporising lyrics capable of blistering even the most hydrated of tongues, “Sunshine Parade” is the tarmac-melting new release from Annie Keating.

Born in the daze of the New York heatwave in the summer of ‘21, “Sunshine Parade” came together as Keating found herself dreaming of escaping the city’s almost claustrophobic temperatures. As Mercury relentlessly rose, she began to play around with some phrases that were hounding her thoughts in the heat.

“It was hot enough to fry an egg on the pavement” remembers Annie. “When I was walking my dog in the thick August heat, I wanted to take myself someplace else with my imagination, to have some fun with words”

Inspired by a phrase inherited from her mother to not “let it rain on your parade”, the single offers a tongue-in-cheek inversion of that old adage, as Keating purrs:  “There’s no rain on this parade / yeah not today babe not today / You can lie down in the shade but sunshine’s what I really crave / There’ll be no rain now on this Sunshine Parade”. 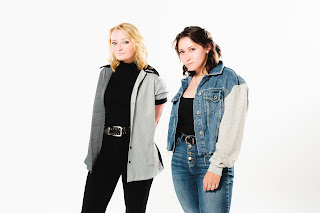 Tough On Fridays has proven time and again that they are experts at the big, in-your-face, wall of incendiary, alt-rock salvos. The new single by the alternative indie rock band, ‘Growing Pains’ expertly shows off the more understated, deft, and delicate side of their musical personality. Rock it still is, but rock showing its more sensitive side.

Big rock guitars are replaced with washes of indie rhythms and almost country-esque vibes. On top of that, you’re reminded how great the twin vocals of Caleigh and Carly can be, especially when they are given the room to breathe, intertwine and beguile, that this song allows. This release marks a first for Tough On Fridays after finding their home at newly launched label Archangel Records, a subsidy of the Golden Robot Global Entertainment Group.

The ironically named single 'Growing Pains' is nothing short of sonic anarchy to trip up those who would pigeon-hole the band or the sound of them evolving, being adventurous, and spreading their sonic wings. Instead of being weighed down by expectation Cayleigh and Carly remain expertly in control, staying true to their eclectic sound and pushing the limits of genre and familiarity. As long as it is an approach and attitude that they don't lose, who needs, or indeed would want to maintain, musical comfort zones when you have bands like Tough On Fridays in the world?