Moonpools, the charming quintet from Basel fronted by singer Marcie Nyffeler, will release their new EP 'Damaged Goods' on August 19th via Young and Aspiring. On their sophomore release, the band combines emotional dreampop with driving indie rock reminiscent of international artists such as Cocteau Twins, Snail Mail or Soccer Mommy.

Moonpools were formed in 2016 by Marcie Nyffeler (vocals/ guitar), Jasper Nyffeler (drums), and Francesco Vona (keyboard) and completed by Matthias Gusset (guitar) and David Blum (bass). The latter are known from various Basel-based projects such as Sheila She Loves You, Don't Kill The Beast, Brainchild and Mastergrief.

The band released their first EP 'Turbulent Times' in 2019, which was immediately met with positive reactions: For example, the single ‘Brainbug’ was chosen as SRF Virus CH-Song of the week. After a few concerts, including support shows for Oso Oso and Prince Daddy & The Hyena or a show at the Lauter Festival (ZH), the band started working on new music.

In contrast to ‘Turbulent Times’, which was a collection of songs with differing influences, the songs on their second EP ‘Damaged Goods’ are all cut from the same cloth. The sound is inspired by artists like Hatchie, Snail Mail, Ride and Soccer Mommy and moves between Indie Rock and Dream Pop with rousing guitars and anthemic synth parts.

The concise arrangements, however, only form the backdrop for the catchy and touching vocals that form the heart of the band. Marcie Nyffeler, whose lyrics are often a balancing act between melodrama and kitsch, sings about unrequited and unexpected love, loss of control and apathy. This honest and at times self-deprecating view, together with the tumultuous music, unfurls a charm that makes Moonpools' music so irresistible and brings a smile to your lips while you are still wiping a small tear from your eye. 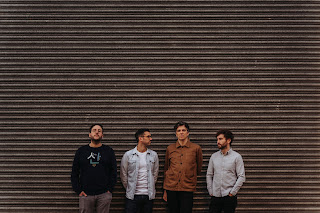 The Little Kicks - Right To Be Here.

Right to Be Here is the new single by The Little Kicks and is released today Friday 19 August 2022. Speaking about the single, front man Steven Milne said: “Lyrically the song is about taking pride in yourself and being less afraid to put yourself out there and it was inspired by a particular incident.

In 2017 the band were nominated as finalists for an award (“Best Musical Group”) with the chosen winners to be announced and presented to as part of a ceremony in the centre of Scotland. We deduced we likely wouldn’t win but having been invited to attend -and with a new album to promote -we decided to go along. After some awkward entrance photographs, drinks for courage and a sit-down meal it was time for the awards to start and we were first up. As our nominated name was read, I remember thinking maybe we COULD win, wouldn’t it be nice to WIN something and if we did what on earth should we say.

Then we lost to a funk band who had won the year before. No speech required. I was surprised at how disappointed I felt, not bitterly, more suddenly very self-aware and wondering “Are we imposters in the room, sitting dressed up for no reason?” and I wanted to disappear. Nevertheless, we made a hell of a night of it, brushed itoff and got through it. However, for weeks after the event I had a weird unfamiliar feeling of rejection and an anger kept coming back to me. This incident, coupled with another set-back or two around that time, had me thinking “Why should we be overlooked?” while also wondering “Why do I care?”.

I decided I wouldn’t let that feeling take hold and jotted down how I felt in words. While lyrically the song hasn’t really changed much since its early inception, the demos of the song were initially much more electronic. Over time the song morphed into what it is now –it’s intended to have an almost modern soul/ warm retro sound. Citing things like Pastor T.L Burnett, Marvin Gaye, Durand Jones, Richard Swift and Michael Kiwanuka as production influences when we got to the studio, Paul really helped us achieve the feel we wanted. He knew exactly what we were trying to achieve and was great at listening to our suggestions while bringing his own expertise to the session and we are so proud to bring you the final results. 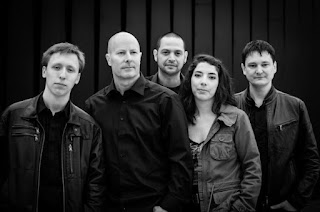 Many of the band's songs feature the talented New Zealand-born singer Megan Carpenter.

The wonderful melodies of the track "Big Satellite", in which synth elements of the 80s flow, catapult us into other spheres and make us dream.

The song is about change and at the same time about the difficulty of really finding one's way in a new environment. 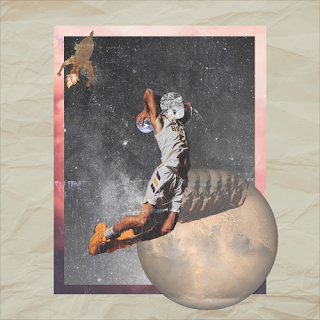 You know it’s going to be an unforgettable, endless summer when the unmistakable sound of Los Blancos fills the hot mid-evening air, kicking it’s way out of the speakers with equal amount of attitude and boundless charm. The band are back with a Double A side Single ‘Chwaraewr Gorau (Yr Ail Dîm) / Kareem Abdul Jabbar’.

These songs are tantalising glimpse of where the next album will find Los Blancos. “I wrote a rough version of Kareem Abdul Jabbar during the first lockdown, after a phase of watching loads of basketball. Kareem Abdul-Jabbar is the all time leading points scorer in the NBA but is also a successful actor, author and social justice advocate. The song is a tribute to him. I'm always blown away with how humble he is, especially when you consider his accomplishments. There’s references to his unstoppable “skyhook” and his cameo in the film Airplane.

"I had been listening a lot to Jefferson Airplane, Hendrix and Neil Young, and had just re-watched 'Once Upon a Time in Hollywood' and was trying to create a kind of 1970’s California vibe (I’m not sure if that comes through, but i liked the result nonetheless)” Dewi Jones, Vocals, Bass

“Chwaraewr Gorau (Yr Ail Dim) was written before lockdown and takes influence from artists such as Stephen Malkmus and Twin Peaks. Both have been a favourite for the band since we began. It started out as a rough Demo and it was built on during recording sessions over lockdown. The song is a portrayal of someone who's a slacker/nearly man, who can't quite catch a break. I also wanted to include some football references in the song, It includes a reference to Nick Cusack, a former Swansea City player, who was a bit of a bruiser when the Swans were in the lower divisions.” - Gwyn Rosser, Vocals, Guitar
Libertino · Los Blancos - Chwaraewr Gorau (Yr Ail Dim)
Libertino · Los Blancos - Kareem Abdul-Jabbar