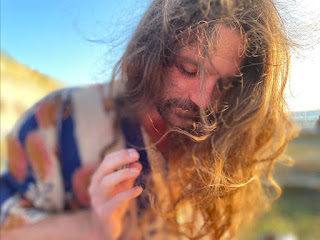 Twain shared “2 Lovers” yesterday, another new song from the upcoming album Noon to be released October 21. The song opens with familiar nostalgic warmth.

Songwriter Matthew Davidson shares that, " '2 Lovers’ is the oldest song on Noon, from the end of my time living in New York. The bar in the song was called Manhattan Inn, in Greenpoint. I was briefly employed there as a bar-back. There was a beautiful room in the back with tables and benches against each wall and a fucked-up grand piano in the center of the room. It was a great place to see shows, with the audience surrounding the band in a hush. I remember sets from Adrianne Lenker, Nick Hakim, Joanna Sternberg, and really special was working the brunch shift, juicing lemons in the hard sunlight while Dylan Meek made jazz music on the piano."

Davidson shares, "Something new for me about making Noon was allowing writing to be an active part of the recording process, making time each morning to finish or edit songs that we’d be working on that day. It was nice. I’m usually very fearful of not having ‘enough’ music prepared, so I corral it all together before a session takes place.” The new album has caught ears at BBC, Spotify’s "Fresh Folk" playlist, Brooklyn Vegan, and Consequence.

Twain’s fourth release on Keeled Scales, Noon, is a collection attempting to balance soul-fantasy with self-scrutiny, to erode the barrier between those two places, and to find the liminal state between the spirit’s ambition for itself and the often harsh truth of the present. Says Davidson, “Sometimes the facts of life make dreams difficult to protect. Twain is my effort to reconcile those two states… to forget that they could ever exist in opposition.” Noon was recorded by Twain’s longtime collaborator Adrian Olsen at Montrose Recording in Richmond, VA with Ken Woodward on bass and drums by Austin Vaughn. 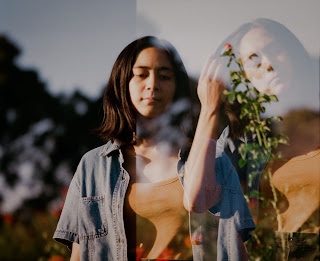 Off the back of her critically acclaimed 2021 debut album Always in Motion and tours with Death Cab For Cutie, Julien Baker, Hovvdy and more, rising songwriter Mini Trees (aka Lexi Vega) today releases her version of Radiohead’s cult classic, ‘Let Down’ via Run For Cover. The release comes ahead of her newly announced UK / European tour dates with Gracie Gray.

Talking about her take on the much-loved song, she said: “I recorded this cover of “Let Down” with my friend and bandmate Andrew Goldring the day after we got back from 3 weeks of winter touring. Our van had just broken down on the way home and we were exhausted but this song had been in constant rotation on tour, and we knew we wanted to record a cover of it on the one extra day I had in town.

“Let Down” was always a song that really captivated me, from the unexpected moment the drums come into the massive build into the final chorus and all of the beautiful melodies that weave throughout. I recently read somewhere that this year is the 25th anniversary of OK Computer, so while the timing of this cover was a complete coincidence, it feels like a good way to celebrate the first Radiohead album I fell in love with.” 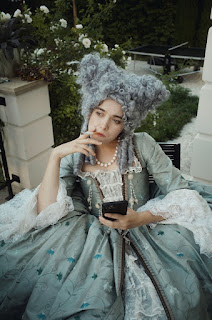 Speaking about the song, Florence said  “Stupid Heart' is the first song I wrote about family stuff.  Being the youngest in my family I think I’ve inherited a bit of baggage, which is normal I think and totally fine, but then again I still want to be able to write very dramatic songs about it."

Florence’s debut EP ”Out Of The Blue” out last year was supported on BBC Radio 1, The Line of Best Fit, Clash, COLORS, and Dork Magazine.  She has since begun touring extensively in 2022 including pitstops at The Great Escape, Eurosonic, and more recently at  Mad Coo. She also toured with Dadi Freyr.  She is also confirmed for Reeperbahn and Lollapalooza, both in Germany. Florence will also support indie superstars Milky Chance on their European tour dates in October.

Florence Arman is an established singer-songwriter and no stranger to the international pop scene, having worked with artists such as Rhys Lewis, The Kooks, Barns Courtney, G-Flip, Bakermat, John Martin, filous and Harry Hudson to name a few. Over the last year she has established herself as one of the most promising newcomers with her intimate, yet witty and light-hearted artist project.

She writes all her songs alone and works with a close team of producers to finish them. She comes from a family of English musicians, her father is a conductor and composer, her mother a vocal coach, one of her brothers a jazz guitarist and the other is a songwriter/producer. Arman released her debut EP in July 2021 is now working on another 7-track EP that will be released this year