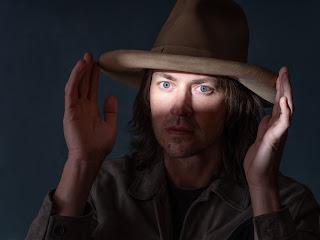 Rhett Miller - Go Through You.

This week, Rhett Miller released a new single “Go Through You” from his forthcoming album The Misfit out September 16 via ATO Records. The 11-song collection was co-written and produced by Miller’s Hudson Valley, NY neighbor Sam Cohen (Kevin Morby, Sharon Van Etten, Danger Mouse) and continues their musical partnership that began on 2018’s The Messenger.

“Every songwriter has a favorite skin they inhabit, a story they tell over and over again. For decades I’ve been writing from the perspective of a sad sack loser, a ‘broken guy.’ He isn’t who I am in real life, but for whatever reason when I sit down to write a song I often become him, picking at old wounds, bemoaning my perceived victimization. The funny thing is that he’s, well, funny. I wouldn’t want to be the sad clown in real life, but thanks to songs like ‘Go Through You,’  I don’t have to,” explains Miller. “For the production on ‘Go Through You,’ Sam Cohen created a sonic world adjacent to Jeff Lynne’s work with Traveling Wilburys. I’m in love with the sounds he came up with. It’s all the things – hooky, bouncy, bubbly, catchy… Try listening to this song without smiling. Good luck.”

“Go Through You” follows the album’s first single “Follow You Home” that features vocals from Cassandra Jenkins and Annie Nero. The song was praised by American Songwriter, BrooklynVegan and Rolling Stone, who said, “With shades of Fleetwood Mac and dream-pop, the buoyant “Follow You Home” is anchored by its upbeat rhythm and sunny splashes of electric guitar.”

The 11 songs that comprise The Misfit are an elegant blurring of psychedelia, dream pop, and electronic-leaning indie rock, grounded by the vulnerable songwriting and unaffected vocal presence Miller has perfected as the frontman for legendary alt-country band Old 97's for the last three decades. 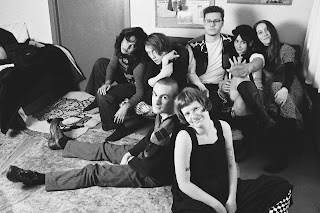 Recitals have unveiled the third and final single from their upcoming debut album, Orbit I. ‘Gradient’ is a dynamic sentiment that divulges the state of the world’s climate, reflected sonic-ally through the musical tensity and release - from the sparsity in the introduction, with its bare vocals and spidery synth, to the explosive breakdowns capturing the band’s potent energy.

“I remember going out to stand on the roof of my building in January 2020 to see the moon a violent red, painted that way by the Australian bushfires of the season. I remember thinking that it felt like an undeniably bad omen, the idea that we could/and were, changing the colours of our planet. It seems obvious now, as everything in the world seemed to combust, and spin completely out of control, to a point of uncontrollable dimension after that moon. I didn’t own any guitars at the time so I had to keep stealing one out of my flatmate’s room while he was away for the summer. I wrote the verses for the song and then worked with Christian and Josh to write those cacophonous 7/8 sections and that breakdown section at the end. The song kind of feels premonitory now, or like a prelude to all of this.” - Xanthe Rook.

The band have teamed up once again with director Matilda Boese-Wong, as well as editors Erin Murphy and East Abernethy to bring ‘Gradient’ to life visually. The music video, made with the generous support from NZ On Air and shot masterfully through the brilliant lens of Bill Bycroft (Aldous Harding, Womb, Marlon Williams), follows two lovers’ adventure across the land, where a chest is discovered and an otherworldly power is unlocked within.

“Xanthe Rook and I conjured up this peculiar video late one night in my bedroom. We wanted to take the viewer to a luscious alternate dreamscape, so we spent many evenings painting, cutting and gluing in order to craft this realm. With the contributions of some phenomenal artists we were able to see our vision through.  ‘Gradient’ is packed to the brim with rich instrumentation, so it was important the visuals matched that. It was blissful to collaborate with editor Erin Murphy, in order to play with all of the opulent footage shot by Bill Bycroft and bring it into an otherworldly territory.” - Matilda Boese-Wong. 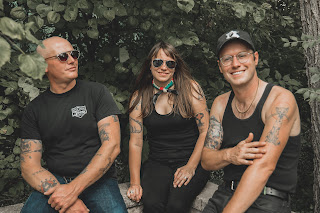 Missouri's The Hooten Hallers have been around a long time and are inveterate road warriors, bringing a hard driving blend of blues, Americana, and old school rock n roll. The video is an animated tale of a scrappy old tomcat that used to live behind them in the alley and had a lot of adventures.

Back In Business Again- September 9, 2022 For the past fifteen years, The Hooten Hallers have been crisscrossing the country as inveterate road warriors, bringing their peculiar vision of Americana–a fiery rock and roll fever dream birthed in Missouri’s fertile musical heartland.

They’ve put so many miles into the road that they’ve burned through multiple tour vans and left twisted metal and frayed rubber strewn across the road behind them. With their aptly named new album, Back In Business Again, the trio roar back on to the international stage with ten incendiary new original songs drawn from their many travels and inspired by the hardships that all touring musicians have faced throughout a seemingly never-ending pandemic.

There’s hope in these new songs, but tinges of madness too, driven by the raw drumming of Andy Rehm, the infernal growl and swirling guitars of John Randall, and the low rolling baritone and bass saxophones of Kellie Everett. The Hooten Hallers have always been musical colliders, smashing together everything from pre-war jazz to Chicago blues with jaunts around New Orleans and garage rock explorations with hints of anti-racist punk and Oi!. It’s Morphine meets ZZ Top along St. Louis’ Mississippi waterfront. Produced by bassist Dominic Davis (Jack White, Greensky Bluegrass), Back In Business Again takes a match to The Hooten Hallers’ fuse and explodes the renegade power trio to the edge and back again, one vigorous, swinging, perfectly peculiar song at a time. 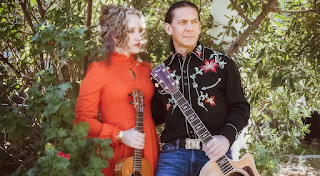 Joselyn and Don - Deep Down.

Joselyn Wilkinson and Don Barrozo forage musical ideas from many sources and plant those seeds in rich Americana soil. These are deeply rooted songs reaching for new light.