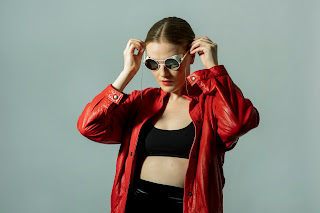 Norwegian indie-folk act Louien has shared new single 'Second Best', the second cut to be shared from her forthcoming EP Figure Me Out. Emerging from Nesodden, a peninsula in the Oslo fjord, Live Miranda Solberg (Louien) fuses the fiercer elements of Feist and Sharon Van Etten’s songwriting with the timelessness qualities present in the work of Carole King and Gillian Welch.

We last heard from Louien in the summer of 2021 when she shared her highly-acclaimed, liberating EP No Tomorrow. An attempt to write from a less serious perspective, it was the antidote to her 2019 debut album None of My Words which dealt with the trauma left behind by her father’s death. Out September 16th via Jansen Records, Figure Me Out is in many ways a sequel to last year’s No Tomorrow.

Thematically, the EP is about how characteristics we think of as cool, such as aloofness, are often the reverse and that it’s much cooler and, indeed, stronger to be yourself and choose vulnerability when you know it might bring pain.

“I’ve found that so many people try to stay mysterious in order to seem interesting, when in reality it’s being open and candid that’s the most attractive, at least in the long run,” explains Louien. "So many of my relationships have had this deep insecurity in their core, creating a very intense and very toxic dynamic,” she continues.

Her new single, 'Second Best', showcases Louien’s truly arresting vocal abilities. It speaks of the journey Louien has taken towards accepting her own emotions.

Of the song, Louien says “I grew up learning that some emotions are good and some bad. Later in life I’ve learned that emotions are emotions, and that they only become dangerous when we label them as such and let them scare us. This song came from my process of understanding this, and from meeting people who’d been taught that it’s safe to be emotional from a young age.”

Brooke Annibale - Be Around.

Indie singer/songwriter Brooke Annibale has just released her new single "Be Around." The latest peek at her forthcoming album Better By Now (out Sept. 30th through Nettwerk Music Group), "Be Around" finds Annibale leaning more into her pop sensibilities with a simpler thematic approach and a straightforward love ballad about just wanting to be in someone's company as much as possible. Under The Radar called it "an irresistible pop groove."

"On the surface, this is a simple song about falling for someone and just wanting to be around them," said Annibale. "But it's also about having the confidence to say so. I've been feeling a lot more confident in my own skin, and the way this song turned out is a reflection of that."

She continued, "I learned an Oasis song ('Champagne Supernova') and loved how the verse was all open chords and then when the chorus hits it has this big lift because of the full major chord. That's why it feels so great. I went for that feeling on this song."

"Be Around" follows the relase of the title track "Better By Now," a stark reflection that merges personal emotions with the roller coaster of current events, praised by Melodic Magazine as "intoxicating" and The Revue who called it "A terrific tune from an underrated singer-songwriter." Earlier this summer, Brooke teased the “immediately catchy” (FLOOD) lead single “What If You” and the “soaring, ethereal pop song” (Brooklyn Vegan) “5 AM” accompanied by the Genéa Gaudet-directed video. In celebration of Pride Month, Brooke also shared an inspiring op-ed via Atwood Magazine on representation, equality, authentic connection, and her journey to self-acceptance.

A fearless new collection of songs, Brooke has both emboldened her sound on Better By Now as well as entered a new phase of life after making significant strides in her mental-health journey and saying “I do” to her wife. Produced by Christian “Leggy” Langdon (Joseph, Amos Lee) and Matthew E White (Natalie Prass, Dan Croll), Better By Now features 10 blossoming indie-pop tracks that Brooke describes as a “spectrum of emotions.” In her trademark layered approach, the Pittsburgh-born, Rhode Island-based artist reflects on love, anxiety, depression, and how two seemingly opposing forces can exist at once. “The album is basically half about falling in love and half about mental health.” 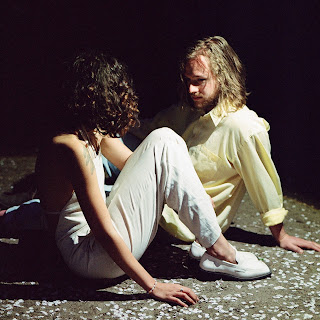 This is Sam Clark and Yasmine Shelton of the folk-duo Basset. We call Toronto home, and this gritty, massive, in-your-face, messy place is woven deep into the music we create.

After graduating from university we took a big trip to Italy. I (Sam) was coming out of the worst burnout of my life, and had made the decision not to continue with school, and pursue music instead. Yas was in a similar boat, and had decided to take some time off as well.

I couldn’t believe how much Italy looked like a movie; it was so beautiful it was almost ridiculous. While we were in Florence we got caught in the rain, and not a little shower, it was a total downpour. We were soaked in seconds, but we didn’t mind at all. We had nowhere to be, and the rain wasn’t cold, so we just stood there while the water made rivers in the streets. Later that night we took a walk, with the street lights reflecting off the canals and the wet cobblestones. It was total catharsis, and the perfect thing to mark that transition in our lives.

The water’s so warm
In this change of time

We find the closer we stand next to each other, the better we sound. Because of this, we had always wanted to record a song around a single microphone. So we set up in a barn in rural Ontario with our friend and fellow songwriter, Benjamin Dakota Rogers. It was the high heat of summer, and there was no air conditioning in the barn, no windows. We cooked and sweated our way through that session, and you can see the heat in that video. But we really captured the heart of the song in this recording.

Produced by Joshua Van Tassel (Sarah Slean, David Myles), the ten songs on our debut album, In The Clay (Sept 30), explore various themes of life in change, our travels around Northern Ontario, the Canadian and American prairies, our lives in Toronto, and the characters – from all walks of life – who have crossed our paths.