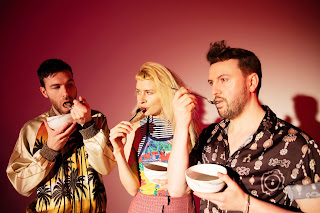 Dance Lessons are a female fronted and produced band, made up of Ann, Tom and Nat. Blending alternative pop, electronica, disco, soul and jazz, the trio create their own genre that they’ve coined ‘Serrated Pop’. They create music for fans of the likes of Little Dragon, Porij, SAULT, and Jungle, whilst embracing influences from further afar with nods to icons such as Massive Attack, Bjork and Rosin Murphy.

Dance Lessons are the product of an actual dance-off between Tom and Ann at a house party back in 2019, after Tom took the crown with a slut drop, the pair got talking and established that they shared a love of disco, soul, jazz, alternative and pop. From this, Tom invited Ann along to the new project he was starting with long-time friend and collaborator, Nat and thus, Dance Lessons were born. Having released their first three, critically acclaimed singles during the midst of the pandemic and subsequent lockdowns, the fear and uncertainty of releasing music during this time, threw all their inhibitions away, and encouraged the trio to focus on music they love. Their new double A side ‘Wet Batteries / I Like Lies’ is the product of this.

‘Wet Batteries’ is an upbeat, funky tune, with dreamy vocals and smooth saxophone backdropped by fierce electronics with an angsty riff reminiscent of Bjork’s ‘Army Of Me’. The track is a celebration of being carefree and holding onto your inner child. The single’s juxtaposition of high energy versus the ethereal lightness, opens questions to everything. “It's about keeping that Peter Pan personality alive” they add.

‘I Like Lies’ is a softer, soulful and more sensual single, with Ann’s enticing vocals at the forefront. Floating through on dreamy sax and electronics, this shimmery track is made up of attitude, embracing stroppy childishness within an adult context. It explores the idea that blissful ignorance might not offer much resolution but it can be healing in its own way, as Ann repeats “don’t speak the truth,” acknowledging that the heartbroken are better off unaware. 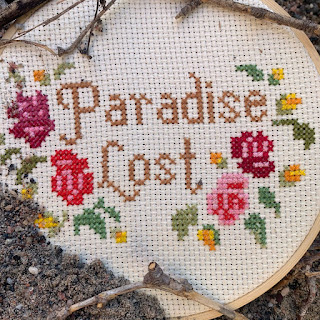 Luke Warm and the Cold Ones - Paradise Lost.

Luke Warm and The Cold Ones are sharing a nostalgic and reflective single, the alternative and folk rock inflected “Paradise Lost.” Written by lead singer Greg Chomut after visiting a friend he hadn’t seen in awhile, the song’s lyrics flowed out of him.

Emotive guitars, earnest vocals, and the violin skills of Dreamhouse Studios’ Kara MacKinlay create a melancholic overture which illustrates the importance of caring for what you have before it’s too late.

Luke Warm and The Cold Ones is a rock band based out of Thunder Bay, Ontario. As such, their music is reflective of the Northern experience of living ina small Canadian town.

The variety of influences which their five members bring to the band creates a sound that is familiar and new at the same time. Everything from punk to folk, metal, classic rock, and hip hop seamlessly blend into a refreshingly contemporary sound. Much of their music focuses on the more painful side of the human condition, but in a fun way that gets people moving and having a good time in a therapeutic manner.
Luke Warm · Paradise Lost

Berlin-based shadow-pop newcomers Bad Hammer have announced that their debut album, End Of An Age, will be released on November 25th. Bad Hammer blends melancholic melodies with poignant guitar riffs, meandering along warm synth pads and subtly driving drum beats to dazzling effect. Thematically the songs that make up End of an Age are connected by referring to a state of being on hold, undetermined, between looking forwards and back, holding on to something and anticipating change.

Their new single, 'Court Of Love' is cocktail of punchy post–punk drums, cool synth waves and psychedelic guitar riffs. “Come on baby sue me right” sings Lisa Klinkhammer, summoning the courtroom as a stage for the end of a relationship.

On their new single, Bad Hammer says: “The song deals with a potential destructiveness and almost sportive hostility in and post relationships that finally end (in divorce), while the video takes a rather light-hearted perspective on the economics in the court of love."

The self-produced music video for 'Court of Love' depicts a day in the lives of 'Bad & Hammer', a successful divorce lawyer duo. Within the documentary style video out-dated TV ads for their services pop up, reminiscent of the aggressive 80s/90s TV ads by New York lawyer Jim “the hammer“ Shapiro.

Indie-pop duo Hunting have announced their upcoming third album, You’ve Got Love (But It Even Tears You Apart), for a November 11 release via Nevado Music, sharing a first single from the record - a cover of the Sparklehorse song “Piano Fire,” in honor of what would have been Mark Linkous’ 60th birthday tomorrow.

Hunting have covered a Sparklehorse song on each of their albums. Discussing the inspiration to cover “Piano Fire”, Bradley noted, "I’ve always loved the Sparklehorse album ‘It’s a Wonderful Life'. It was given to me at a time when it was exactly what I was looking for sonically and emotionally. I find Mark's lyrics so interesting and surreal. Mark's mom actually got a message to us after hearing our cover of 'Gold Day', it was so incredible and heartbreaking. 'Piano Fire' is one of the more upbeat songs on that album and I thought it would be a perfect cover for us.”

On You’ve Got Love (But It Even Tears You Apart), Hunting reject the clichéd fairy tale ending and dive deep into all sides of love: the beautiful and the ugly. The duality of the record is perhaps best summarized on the track “Hit Me Jane,” when Ferguson sings, “go fuck yourself. Are we still in love?”

Bradley and Jessicka (who also releases electro-pop music under her own name) know a lot about the ups and downs of love given that they’ve been married for 10 years. On the balmy sounding “This Year,” we get a glimpse into their schedule during pandemic lockdowns - highlighted by day drinking in local parks - and the heart-eyed highs they’ve had together. But on the piano-pop duet “Hollywood Love Song,” the pair are upfront with the challenges of being in a long-term relationship and come together to sing, “love is trouble.” 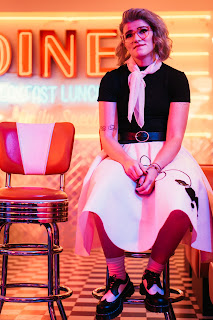 A queer-feminist singer-songwriter who has an opinion on everything. From LA to Boston to Nashville, Julia Jade has brought her penchant for introspective storytelling and songs of social conscience everywhere she’s gone.

Jade creates quirky, piano-based indie pop with something for everyone— thought-provoking lyrics for the dreamers and witty/sarcastic one-liners for the skeptics.

Her style is most notably equated to those of Dodie, Regina Spektor, Ingrid Michaelson, and Kate Nash. It is nearly impossible not to sing along to this suit-wearing femme who doesn’t take herself too seriously.

This is a gorgeous song with a timeless vibe, the video takes us back to the day's of Diners and enhances the 50's & early 60's feel of the song. The humour is subtle and works! 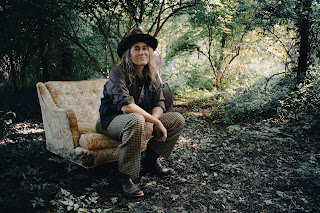 The amazing Melissa Carper has announced her forthcoming LP Ramblin' Soul, out on November 18 via Thirty Tigers, with the release of its first single and video this week, "Ain't A Day Goes By."

Of the track, written after the death of her beloved dog Betty in 2014, Melissa says, "This song is very emotional for me. It was difficult to go through my Dad's death, then my Mom's death only a year later, and really, in a sense, losing my younger brother to severe mental health issues that have changed his personality completely. Betty's death crushed me because she had been through it all with me. The grief just started pouring out at that point. I wrote ‘Ain't A Day Goes By’ within a year of her death, but could not sing it without crying until recently, so I haven’t performed it much in my shows. Now, it gets its rightful debut on Ramblin' Soul because it is a true soul song.”

In 2021, Melissa released her critically-acclaimed LP, Daddy’s Country Gold, which was lauded by NPR, Rolling Stone, No Depression, Wide Open Country, Folk Alley, and so many more. In 2020, she decided to relocate from Nashville to an Austin, Texas-area farm, trading her work on the farm for room and board in a tiny trailer, plus all the organic veggies and fresh air she could handle. She also found her muse again, resulting in Ramblin' Soul, full of soulful grooves and vintage R&B, mixed in with her signature old-school country and jazz stylings.  Her message is about joy and heartache, but also celebrates the simple things in life. In this turbulent time in history, a reminder that the world is still beautiful is always a good thing.