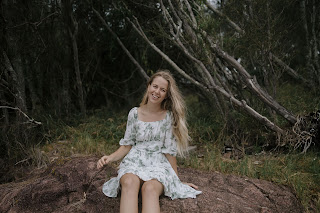 Delving deep into a world of intricate storytelling and a heart beautifully aware of the feelings and emotions experienced by the human race, Australia’s up and coming alt-country/folk artist, Gracie Jean debuts her powerful album, ‘Romance Is Bad’, released this week.

“I really wanted to convey the idea that it’s okay to feel sad, and to voice that sadness. I think often people tend to try and avoid all sad feelings. We put on masks and we ‘switch off’ the sadness when we interact with one another. I just wanted to make an album on songs where I said exactly what was on my mind. I want these songs to inspire vulnerability in others.” Gracie Jean.

Produced and mixed by Matt Wykniet in Nauti Studios (Standmore) and Mastered by Harvey O’Sullivan at Studio 303, the collection of 9 songs were written by Gracie Jean as a way of processing the feelings of sadness that she had been experiencing through her own experience of clinical depression and the emotions associated with the challenges of her mother’s 6 year journey of chronic heart failure and her parent’s marriage breakdown and her own relationship breakdowns.

“Sometimes life is just hard, and you must make a choice, sink or swim. So far, I’ve chosen to swim every single time. My songs are inspired by all the people I know who must carry so much on their shoulders every day, and who aren’t afraid to be vulnerable, and to share their struggles with people who love them. I would love to see a world where in our communities or families we carry one another’s burdens and aren’t afraid to be vulnerable and ask for help.” Gracie Jean. 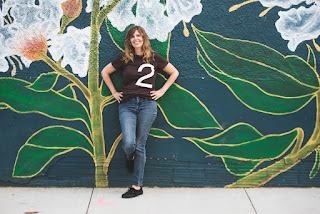 Since forming in 2006, Kim Ware and the Good Graces have toured the country, performed at countless festivals (including LEAF, where Ware was a finalist in the 2019 NewSong Singer-Songwriter Competition), and shared stages with a long list of renowned artists including Indigo Girls, Sierra Ferrell, Granville Automatic, and The Old Ceremony. She has been compared to artists like Neko Case, Drive-By Truckers, Phoebe Bridgers, and the Weepies, and has cultivated a dedicated fan base over the course of the last 15 years.

Of course, during the pandemic, her tour dates began to dry up just like every other musician on the planet. Instead of taking a break from playing, Ware simply changed the format by creating the Kimono My House Virtual Concert series with her friend Andy Gish. It began as a weekly virtual concert played from her living room, but it morphed into something that she never expected.

Launched on March 13, 2020, the intention was to provide a space where they could connect with their fellow musicians and play shows for each other using Facebook Live amid the peak of Covid quarantines and lockdowns. Two years later, it’s grown to encompass much more, with nearly 8,000 active members from all over the world. Thanks to its organic and welcoming DIY feel, KMH has become a “virtual venue” of sorts for musicians and music fans to continue to experience a real connection with each other, regardless of their physical locations. Since its inception, the group has hosted over 1200 performances. The project culminated in March 2022 with the Kimono My House Music Festival being held in Atlanta-area venues 529, Star Bar, and Waller’s Coffee Shop. It featured over 60  musicians performing in total over the course of four nights.

Playing almost weekly for two years with a built-in test audience, Ware was essentially able to live-workshop her upcoming album — her strongest collection of songs to date. Mixing the kind of old-school ‘90s indie rock that college radio was built on with the sturdy songwriting of modern Americana, Ware and her ever-shifting collective the Good Graces return with their sixth album, Ready, produced by Jerry Kee (Superchunk, Polvo, Archers of Loaf). 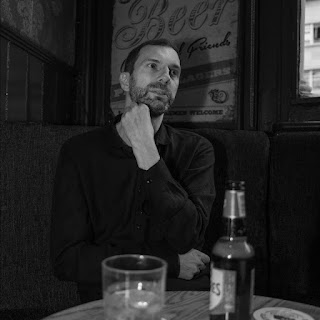 Marek has produced his best work yet, creating a unique emotive dream-pop soundscape, with ethereal vocals, hypnotic synths, and spacey guitars, which builds to a heartstring-tugging climax.

Co-produced by Andrea Gorgerino (JBAG, Kitsune Records), Marek was inspired to write Godspeed after reading acclaimed novel 'The Luminaries' by Eleanor Catton about the early entrepreneurs who travelled thousands of miles to New Zealand over the ocean to seek their fortune in the gold rush - Godspeed evokes the feelings of exhilaration, risk and danger of setting out on a long uncertain journey. 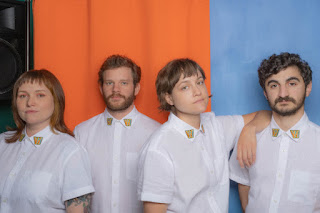 That Weight, the latest album from New Jersey group Well Wisher, is a cathartic burst of catchy, feverish punk rock that addresses the heaviness of personal trauma without being suffocated by its gravity.

After the release of 2018’s This Is Fine, front leader and Asbury Park DIY mainstay Natalie Newbold found herself writing solemn acoustic songs that strayed far from the band’s debut venture into pop-punk finery. “It was a really weird period of time where I wasn't sure what I wanted to do with my songwriting,” Newbold says about the beginning stages of the sophomore record. “I was in this darker headspace of writing sad, slow songs.” After convening with her bandmates Lynsey Vandenberg, Matt Viani, and Lucas Dalakian, she realized this new direction wasn’t working. Lots of reflection and rewriting resulted in a renewed sense of the band’s identity and sound.

“It was 2020. There was so much time to reflect, nothing's going on and I'm angry,” she laughs at the obvious emotion brought about by the devastating two years. “A lot of social climate stuff, the fact that I quit my day job to pursue music fully,” she adds about becoming a touring bassist for alt-rock vets The Front Bottoms, “and then the pandemic happened. All these events contributed to a more raw and emotional record. It resonated with all of us.”

The twelve tracks on That Weight are a confluence of the group’s uncentered rock influences including The Breeders and Pixies, in addition to Newbold’s somber acoustic favorites such as Elliott Smith and Phoebe Brigders. “We were going for more of an In Utero/Pinkerton kind of thing. It's a little messy and maybe not always the proper decision in terms of production.” Close friend and producer, Erik Kase Romero’s warehouse studio proved to be the perfect environment for experimentation. Not only did the studio serve as a safe and creative space for the band, the natural reverb of the room was uniquely showcased on nearly every track. Opener “Need You Around” features distracting backing vocals that mimic intrusive thoughts as the song swings between romance and desperation. Elsewhere, punchy pop-punk signatures convey the urgency of these songs—the untethered drums bashing on “Panic,” blistering guitar work on “That Weight,” and the serrated guitar riffs of “Do Better.”