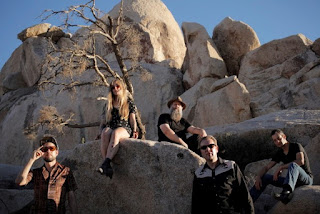 With the release of “Modelo” on October 7th the Germany and Los Angeles based band Rhonda has not only announced their fourth studio album Forever Yours but also tour dates for early spring 2023. Forever Yours follows the critically acclaimed album You Could Be Home Now (2019) and will be released on February 17, 2023 via popup-records.

Musically, the single ranges from soul, rock, pop to film music. The focus lies on an extremely catchy guitar hook and the bittersweet vocal melody of exceptional singer Milo – an instant Rhonda classic.

The pandemic and the resulting restrictions have put the band to the test because of the distance between the musicians who live in Germany and in Los Angeles. However, necessity is the mother of invention: the forced break initiated an intense creative process among the band members. Due to lively exchanges via Zoom and sending back and forth sound files a new album was created.

As an album and intimate snapshot, Forever Yours demonstrates the longing for human contact. The characteristic Rhonda sound, which the band has cultivated in the last few years, illustrates searching and finding in different ways – quietly or brutally, but always carried by human warmth and soul. Rhonda's songs are always personal; they deal with highs and lows, foreign shadows and familiar light and stem from experiences, visions, stories and hopes. Between the poles of sweetness and gloom, new and unfamiliar tones which carry an aestival lightness resonate on Rhonda’s new album Forever Yours. 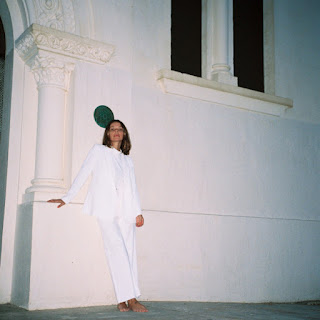 After a South American getaway marked by her two EPs Coração Louco and Eu Voo, created at the sides of the Boogarins – along with tours in Latin America and in the United States, where we caught a glimpse of the new tracks Miossec and Lemon Twigs – Laure Briard reveals her fourth LP, celebrating rebirth and letting go.

Not blue, then this record’s color would be yellow maybe; the shade of the Californian sun as it sears the ochre desert of Joshua Tree, reputed for its icy nocturnal temperatures and its sweltering hot days. A two hour drive from the City of Angels, this remote national park is a no man’s land where space and time seem to stretch on and on. While the old gold rush mines lie seemingly untouched, we still find old guitars at the antique dealers in the Yucca Valley. An America both obsolete and haunted by its past legends. A fantasy. It is here that Laure Briard’s new album is born.

It would take nearly three years to finish this new album. The labor was long, enriched by her travels, and in the end, liberating. Lighter and more optimistic than the broken destinies and disillusionments of Sur la piste de danse, Ne pas trop rester bleue follows an autobiographical story punctuated with encounters. It is a cathartic work that would allow Laure to free herself from her ghosts, all while conjuring up new ones. We find there the storytelling of Lee Hazlewood in “Magical Cowboy,” a tale of a solitary and broken-hearted cowboy; the shadows of the weary country poet Don Gibson; and those of Bobby Gentry also figure in these new compositions. But it is above all Carol King who stands as a major influence. Following the example of the singer activist and New Yorker, Laure Briard produces country imbued with soul.

Laure Briard gets closer and closer to the light, a journey that already began with Un peu plus d’amour s’il vous plaît, appearing in 2019, and continues in the video of the first clip “Ne pas trop rester bleue,” where the proliferation of the protagonist’s possible destinies are dizzying, as well as in “Me pardoner,” a song about liberating oneself from the past. If we had to compare her to more contemporary artists, we would have to look at Cate le Bon for the rough psychedelic pop, the airy pop songs of Aldous Harding for the romanticism, or the falsely naïve innocence of Laetitia Sadier. 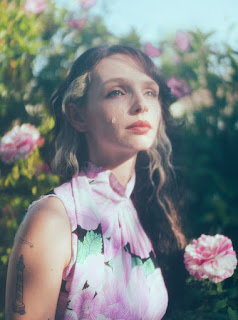 The new single from indie baroque pop artist and piano virtuoso Gal Musette is entitled "Je Vois Le Ciel." This enchanting song, sung entirely in French, explores feelings of loneliness and isolation coupled with an unfulfilling mundane daily life, heightening the human need for companionship and someone special to share in the magic of beautiful moments, thus making our lives more complete.

"The thousand mornings I spend alone, I watch the sky turn from gold to blue, I walk by foot, I walk everywhere, I see the sky but I don't care." Gal Musette has toured with The Magnetic Fields, Donavon Frankenreiter, and has collaborated with Rufus Wainwright.