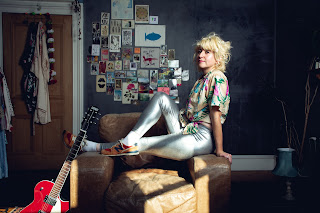 Hailey Beavis - Anything That Shines.

Edinburgh-based songwriter Hailey Beavis has shared new single 'Anything That Shines'. Her debut album, I’ll Put You Where The Trombone Slides, will be released on November 4th via OK Pal Records. The album, which has been seven years in the making, is a celebration of resilience, determination and evidence of an artist who has overcome many obstacles to reach where they are today.

‘Anything That Shines’ amplifies Beavis’ message that compassion can prevail over exploitation. Of her new track, Hailey says: "Anything that Shines is a nod to my community and to friendship, the resounding forces of good in my life. Every time I have spiralled out I have been able to return, and I have been that for so many friends also. This is the thing that truly shines. It’s about the time spent chasing miss-decision, like a moth to the flame, getting burnt. As I grow older my priorities are changing and I want to shape my days, and enjoy impulsivity without being wholly guided by the chaos of it.  Think of a fantasy movie where everyone is trying to get to that sparkly orb of light, well I just dropped the ball and it’s a relief."

For all intents and purposes, I'll Put You Where The Trombone Slides is Beavis’ debut. However, the reality is not so cut and dry. In her early 20s, Hailey had become a familiar face on the Edinburgh music scene, playing in folk pubs and regular support slots for bigger acts that came through town. During this time she was approached and offered help launching her career. “I was wide eyed and careless because I was young,” she says. Over the years, Beavis would come to understand a darker side to the music industry. “The more time I invested with them, the more I felt I had to see things through, but there was never an end in sight.” Beavis recorded 3 EPs and an album during that period.

Eventually, things between them reached breaking point and Beavis left, cutting her losses, which included all the material they had recorded together. “Rebuilding my life was difficult. I had been so focussed on just keeping going in the hope that my music would be released. I suddenly found myself lost, believing that was the end of my musical career”, she says. 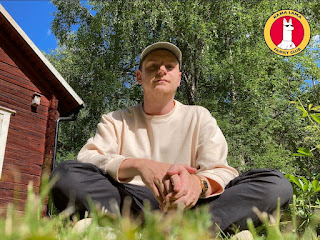 Rama Lama Records, winner of Label of the Year at the Swedish Indie Awards 2022, introduces a brand new singles series called Rama Lama Family Club, gathering singles from side-projects of bands who we've had the honour to have released throughout the years. First out is Hippopotamus, the project of Victor Skogseid (Cat Princess) and his uncle & producer Rolf Klinth (Tiger Lou, Dia Psalma), with the single 'Horse Race'.

Musically the smooth track nods to acts such as Timbre Timbre and Mild High Club while thematically treating the various stages of a relationship. During the track we follow a fiction couple through three stages; 1. sudden and passionate love, 2. stagnation and arguments when life stops feeling easy and reality knocks on the door and 3. acceptance, perspective and love based on differences rather than similarities.

Horse Race is recorded, mixed and mastered in Matching Headstudios by Rolf Klinth. The music is composed and performed by Victor Skogseid (drums, keys, guitar and vocals) and Rolf Klinth (bass).

Mary Clements is a singer-songwriter based out of Hamilton, ON, who uses her music to explore the world around her. Rooted in piano and voice, her songs can sometimes sound like indie-folk, pop, classical or even country. Her sincere vocals combined with the textures of her production create an experience that is simple and authentic.

Clements wrote her soothing new song, “Bonne Nuit,” to encourage a gentle approach to sleep that’s free of judgment about the day. Featuring both French and English lyrics, “Avec mes peurs et défis, je fais des amis, come with me it’s okay, I’ll help you find your way,” translates to “With my fears and my challenges, I make friends” as an invitation to cultivate self-acceptance of the less comfortable aspects of ourselves and life.

The official music video for this song is filmed, edited and produced by Clements, featuring her singing over a green screen with different dreamy backgrounds, wishing the viewer a ‘bonne nuit’ alongside the range of images they might experience as they fall asleep.

Clements’ radiant and rich vocals are showcased in her first studio album through sincere and poetic lyrics. This combined with the textures of her arrangements equals a unique and fresh musical experience that is curious and innovative, but approachable. Come With Me is slated for release in November 2022. 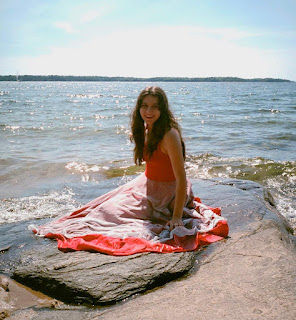 goodheart (previously known as Lianna B) releases her new single “Make Me Feel.” The new single takes a different turn from her last one, which hit 12k on Spotify. Make Me Feel is a softer track—a bright, beachy love song that includes melodic vocal layering and a driving drum beat that captures the essence of summer romance.

About the single, goodheart shares: “Deep love has a special place in the summer. Ocean waves, lazy days and a kind of magic that is best shared with someone special. Make Me Feel reminisces on this kind of love.”

goodheart is a Toronto indie artist and producer who combines pop with hints of folk and rock and encapsulates it with singer-songwriter energy.

Through warm toned guitars, bright vocal layering and heart that shines like the summer sun, this new single may be the Canadian singer-songwriter’s best song yet.