Earlier this year, Liverpool-based Norwegian musician Jenny Bakke made her musical debut under the moniker Helven, releasing her debut EP, volume 1, a collection of synth-laden bedroom pop songs. Now she’s preparing to make her return with Morild, her most personal collection yet, fittingly to be released under her own name.

Last month she shared her first single as Jenny Bakke, an experimental mixture of noise and techno called 'New Life', a bold statement of intent for an artist who is comfortable pushing her ever expanding horizons. Today she is sharing new single ‘He’s Too Famous Now’, a laid-back blend of alternative R&B and indie-pop. The track is based on the sentimental bitterness that lies behind a long-distance relationship. Musicians Bendik HK, Oscar Funden, Andrew Murray Baardsen and Oliver Fremo help lay the foundation that Bakke and her cashmere-soft voice floats upon. She sings about the contrast between expectations that aren't met and an undying hope for things to get better. It’s fragile, sentimental, and hopeful, with a psychedelic edge to it.

Jenny Bakke is 22-year-old producer, songwriter and musician from Grimstad on the southern coast of Norway who has quickly built herself a career and a reputation on Norway’s alternate music scene. She’s played live at showcase festivals such as Havstrøm, Vill Vill Vest and by:Larm. In 2022 she released her debut EP, volume 1, as Helven, and her upcoming, ambitious mixtape will serve as another debut of sorts. Due out in Spring 2023, Morild was created in collaboration with a wide selection of talented producers contributing on different songs, which results in an eclectic and varied collection. 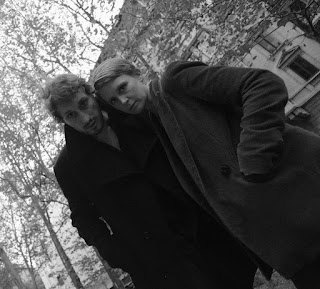 Contemporary folk duo The Woolverstones have returned following the epic success of their debut single "A Song for Harlequins”, with a visual "Emerald Train”. The track is marked as a slight anomaly, being that it’s the only track from their new studio album (Grey Eyed Dandy) that is geographically set abroad.

The song was first conceived whilst waiting for a train in southern France in the blistering heat. Band members Chris and Lou's shoes were broken, they were thirsty, hungry and not sure when the next train was coming as nobody was around to help.

As they waited pensively for the next train to escape this lonesome place, they were suddenly overcome by a sense of freedom...the oppressive heat and lack of footwear seemed almost liberating. There was something glorious about basking in the knowledge that things surely had to improve and that this minor hardship had led to the beginning of a song. They reflected on two favourite actors Charles Hawtrey (Carry On fame), and Peter Sellers. How much laughter they provided people despite their own turbulent lives.

Pain offers some rewards it seems. Once they'd penned the lyrics, Chris started noodling and found a chord progression which struck him as having a slight Nirvana unplugged feel...happy to be on that path he chased this song down many more paths until he felt The Woolverstones' sound come through. Owing to the embryonic nature of the song, they sensed the chorus required an almost anticlimactic quality, they cracked it, and Emerald Train left the station. 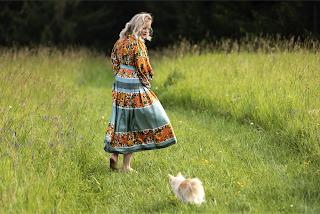 Both Lesley Pike’s songwriting and production skills have progressed throughout the crafting of her new, two-volume album, Wild. Wild (Vol. 1) finds a new resilience for the Toronto and London, UK based Pike, who mined her own vulnerability to craft these complex songs. “What we feel deep down, we know. What we feed will grow.”

“Wild,” the album’s title track, is an organic and airy piece of folk pop which reflects on children’s sense of abandon and the freedom which Pike has found within herself. It’s a song about taking the time to reflect and really trust in oneself.

The recording artist’s fourth disc, which will be released in two volumes, is an accumulation of confidence and drive as well as an all-important focus: producing and creating music on her terms. The result of her ambitions? Fourteen stunning recordings which represent new heights in Pike’s song craft-ranging from the personal into the universal.