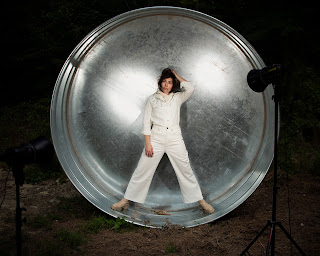 H.C. McEntire shares “New View,” the latest single from her forthcoming album Every Acre, which releases January 27 via Merge Records. Accompanied by a music video directed by Jethro Waters and performed by choreographer/dancer Maya Orchin, “New View” straddles the line between music and poetry, weaving back and forth between each realm. Citing poets “Day, Ada, and Laux, Berry, and Olds,” McEntire’s voice is at moments fierce and others tender, offering a sense of both giving and taking, releasing and claiming.

H.C. McEntire expounds on the new single: “Inspired by a late-night meditation under an October full moon, the lyrics for ‘New View’ were written from a place of possibility and promise – the feeling of falling in love, affirming its realness and rawness, committing to the openness and bravery required for it to fully emerge, being willing to let it lead. It is about leaning into the notion that what you seek is seeking you and making room for its manifestation.”

She continues, “Musically, ‘New View’ is the most collaborative composition on Every Acre, an album that rejoices in creative partnership – Luke, Casey, Daniel, Missy, and myself. In many ways, it is a song that wrote itself, while the tape was rolling – five bodies in a room together, each willing to offer an unfiltered view from where they were standing.” 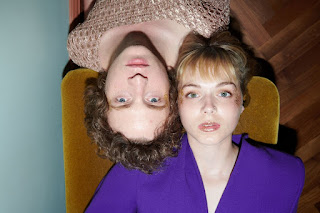 Belgian duo, Portland have released the new single, "Stardust" which marks another taste of their forthcoming album Departures – out via [PIAS] Recordings on March 17, 2022. "Stardust", written and composed by Sarah Pepels, is a true wonder of a song. Sarah’s magnificent voice tiptoeing gently through winds and melancholic organ sounds, slowly growing and gaining confidence while getting to the breathtaking chorus. It’s a song about lost love, lives turned upside down and putting the pieces of a broken heart back together.

“In January 2021, I was heartbroken, I had to leave a lot of memories and a part of my life, my love, behind,” Sarah explains, “I didn’t know where to go, but I knew, I had to write music to put those thoughts and heavy emotions into. I needed to be alone, so I went cat-sitting at my niece’s apartment. I locked myself up for four days with nothing but the warmth and company of the furry kittens. It turned out to be a very intense and cathartic journey. And so ‘Stardust, a song that means the world to me, was born.”

It’s also about healing, getting stronger and more confident. The song starts off shy and slowly, barely noticeable, but grows into a beautiful, epic and majestic celebration of once’s inner strength.

Portland is the magical & musical bond between Jente Pironet and Sarah Pepels. The two shared the same student house while studying at the PXL Music School in Hasselt and more so, they shared the same love of music with a specific soft spot for the work of Elliot Smith. Portland, a nod to the home of the late singer-songwriter, came to life. From the start it was clear the chemistry between Jente and Sarah was palpable. Their voices blend and complement each other as a perfectly mixed gin & tonic. Tangy yet soothing, addictive and intoxicating. 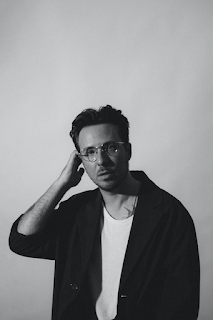 Prior to his five year hiatus from releasing music, Scott Goldbaum's speciality was in providing “transient and breathtaking guitar work” (The Deli Magazine) as well as “beautifully textured vocals” (Indie Music Filter) both on stage and in the studio fronting his former bands Forebear, Wise Cub and The Harm. With songwriting cuts regarded by Consequence of Sound “as an exhilarating testament to abilities” his brand new EP is sure to satisfy fans of the artists whose music inspired the production including Chris Isaak, Radiohead, Bombay Bicycle Club and Damien Rice.

Thematically, the record follows a vulnerable character who’s in need of protection as he becomes the protector of others.  "Drive Too Fast" is a face first collision course into the dark corners of a speed induced lifestyle.  Whereas "Trigger Finger" takes place in a school, a grocery store, a parade, a place of worship or just about any other public gathering place in America. "Blood Knot" acknowledges the roots you grew out of and the tree limbs you wish to keep attached while others tear off in the wind.  In contrast to the beginning of the EP, "Mourning Coffee" makes a distinction between codependency and partnerships that are chosen and decisively cared for while the world is falling apart around you.  "Incremental" is a mediation to stay on the course of progress and empowerment, despite the shadows that closely follow. 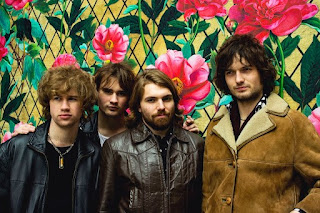 The Velvet Hands - Over It Now.

Rising London-via-Cornwall four-piece The Velvet Hands have dropped their last track of the year, “Over It Now”. The track arrives as a tantalising sneak-peek of the new album ‘Sucker Punch’, which lands 3 February 2023, with a special vinyl edition planned for release on Blood Records.

Blending hedonistic hooks reminiscent of The Strokes with a slacker kind of storytelling plucked straight from Pavement’s playbook, the band’s latest outing is an anti-capitalist anthem spun with an easy-going, lackadaisical charm.

As The Velvet Hands explain: “One of the more laidback songs on the album, this came from the four of us just playing around in rehearsal. Lyrically the song focuses on ‘the grind’ culture, which personally we have always found to be exploitative and somewhat ridiculous. The main message is that not everything in life is about money, and you can do things at your own pace. In a nutshell: stick to your guns.”

The band’s final release of 2022, “Over It Now” comes ahead of their second studio album ‘Sucker Punch’, which will be streaming from 3 February 2023. Delivering coming-of-age tales with slacker-rock sensibilities, the new record combines the punchy guitar licks of The Strokes or Parquet Courts with rousing punk choruses that recall The Clash or The Vaccines.