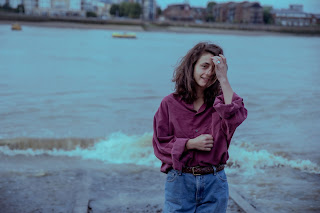 Sophie Jamieson has released her highly anticipated and already much acclaimed debut album Choosing via Bella Union. Additionally, Jamieson has shared a video for “Boundary”, one of album’s many standout tracks, about which she says: “This song comes from a kinder place than some of the others on this record. It steps back and acknowledges self-inflicted pain and the repeated effort to heal. It’s about trying and failing, knowing there is something you’re trying to grasp but that keeps slipping out of your reach. The journey isn’t smooth or pretty but it’s hopeful, and the light starts to creep in once you choose to be honest with yourself.”

Released via her new home at Bella Union, Choosing is a strikingly personal document of a journey from a painful rock bottom of self-destruction, to a safer place imbued with the faint light of hope. It’s an album that sings openly of longing and searching, of trying, failing, and trying again – and always and throughout, the strength of love in so many varying forms.

Following on from the pair of EPs she released in 2020, Choosing finds its own shape by a subtle reforming of Jamieson’s sound into something both organic and simpler. Sophie describes the songs on those two EPs as “black holes” and while Choosing covers similar ground it never takes its eye away from what lies beyond, never fully releases its grip even when everything is telling her to let go.

“The title of this album is so important,” Sophie explains. “Without it, this might sound like another record about self-destruction and pain, but at heart, it’s about hope, and finding strength. It’s about finding the light at the end of the tunnel, and crawling towards it.” 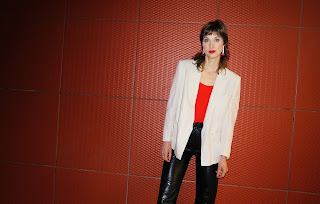 Swedish new wave punkster Manuela Iwansson released her debut album ‘Dark Tracks’ a week ago through Lack of Sleep Records, a long-awaited effort that is the result of almost four years of work after unveiling her self-released EP ‘Dream Lover’ in 2018. Highlighted by the 80s-esque, gritty synth-pop anthem that is focus track ‘Strangers on a Train’, the album flaunts a musical journey that takes from the callous rock stylings of the late 70s and mixes them with the new wave evolution characteristic of the Blondie era, all serving to present an alluringly dystopian listening experience that lingers on the beauty of impermanence.

‘Dark Tracks’ is unrelentingly self-explorative. Iwansson wears her heart on her sleeve for anyone to see as she belts across the ten tracks, familiarizing listeners with a darkness stemming from unmet desire and lovers lost. The album plays like a jukebox with every song standing on its own as a vintage and vigorous tour de force. The singer and bassist seamlessly synergizes with a cast of musicians including guitarist Henrik Palm and drummer Erik Klinga, and engineer Joakim Lindberg mixes the project to a quality reminiscent of the soundscape of four decades past.

Iwansson had this to say about the fabric of the project: “The album is basically a portfolio of me. It is very much a debut album - a little rough around the edges at times, but made with a lot of heart. I put a lot of thoughts into the lyrics, and a lot of emotion into the melodies. At times I play around with words a lot, and I constantly want to improve my writing … The whole project is about 80s aesthetics with 70s punk vibes; grit, rain, cities at night, neon lights, trains, and cars, and movement; leather and lace and rock ‘n’ roll. Nothing ever looks as good as a photo booth photo in black and white.”

The Stockholm-based artist once toured the world with punk outfit Terrible Feelings but now looks at her solo career as an opportunity to make timeless new wave hits, boasting a sound inspired by influences such as Pat Benatar and Suzi Quatro yet entirely her own. With ‘Dark Tracks’, makes a point of crafting earworm hooks and choruses that work in the middle of a rowdy yet heart-wrenching punk aesthetic.
Manuela Iwansson · Dark Tracks 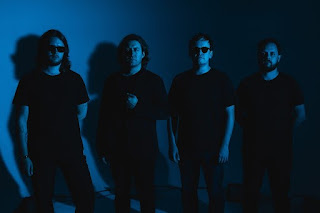 IST IST - Mary in the Black and White Room

IST IST - pause for reflection with the philosophical new single: “Mary In The Black And White Room”. A reminder of their keenly-anticipated third album ‘Protagonists’ (slated for Spring 2023 via Kind Violence Records), the track finds the band revealing one of its most cerebral, synth-driven moments.
With shades of classic OMD, The Cure and New Order, “Mary In The Black And White Room” effervesces in the darkness with its potent blend of layered synthesisers, darting basslines, and labyrinthine lyrical intrigue.

“Mary…” is inspired by a thought experiment proposed by the philosopher Frank Jackson that has since become known as ‘the knowledge argument’ (or ‘Mary's room’). Hypothesising the work of a scientist called Mary, who exists in a black and white world where she has extensive access to physical descriptions of colour, but no actual human perceptual experience of colour; Jackson’s theory wonders whether Mary will gain new knowledge if she actually experiences seeing colour.

Speaking about the track, frontman Adam Houghton says: “Mary in the Black and White Room is about trying to figure out if experience trumps knowledge. See ‘the Knowledge Argument’ where the subject, Mary, exists in a black and white world but has extensive descriptions of colour, but you don’t know if she knows what they actually look like until exposed to it. Really interesting stuff.”