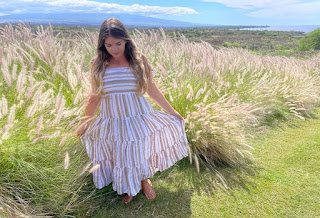 “The songwriting process for this single started back in 2018 so it’s really nice to see this song come to life,” Sabrina Sekuloski explains. “I still remember writing the chorus, it happened really naturally and quickly. The lyrics and melody came out together and the vibe was so infectious that I started dancing in my room. I wrote the Billy Joel reference in the chorus first and just kept adding them in when we started working on the song in 2022. When there’s mention of ‘the piano man’ in the bridge, you can hear a piano being introduced which I thought was a nice touch. When I brought the song to my dad in 2022, he found an old guitar riff he’d written in 2019 that we thought suited the song - which is what you hear in the verse, it formed a cool groove for the song.”

“‘Red Convertible’ came about from a longing to escape from the mundane day-to-day activities that leave one feeling uninspired and burnt out,” Sabrina Sekuloski continues. “The title of the track was taken from the last line in the chorus which is a daydream of doing things you’ve never done that make you feel alive.”

Sekuloski sketched out the original idea for “Red Convertible” on her iPhone’s Voice Memos app back in 2018. Then in 2022, during a songwriting binge that yielded over 150 songs, she rediscovered the melody for “Red Convertible” and finished writing the tune with her father, singer, songwriter, and guitarist Sasha Sekuloski. “2022 was a crazy year for songwriting, I went through some old voice memos and just felt very inspired,” Sekuloski adds. 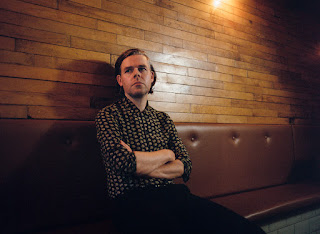 Arborist - Dreaming in Another Language.

Arborist, aka Belfast native Mark McCambridge, announces details of his third album An Endless Sequence of Dead Zeros released 21 April 2023. Produced by Matthew E White at his Spacebomb Studios in Richmond, Virginia and bearing all the hallmarks of his sound and that of the Spacebomb Houseband, it sees Arborist merge a driven experimentation with a classicist approach to song structure and melody, with esoteric lyrical themes born out of the fugue of the last few years and evoking a dream-state. File under John Cale, with his skill of framing a beautiful melody in a song which pushes the limits of what a song can be. Other touchstones for the album include Bill Fay, Howe Gelb, Lee Hazelwood, Dylan’s Nashville Skyline, Wilco’s A Ghost Is Born and The Go-Betweens.

First single ‘Dreaming In Another Language’ is a spiralling, looping slice of kaleidoscopic psychedelic Americana which mediates on dreams and our submission to a dreamlike state, touching on many of the album’s themes: religion, family, death, artistic life. The hypnotic nature of ‘Dreaming In Another Language,’ is perfectly accompanied by the video from director Sam O’Mahony, featuring Arborist playing a protagonist in a looping dream. “The visual reflects the song’s lyrics without representing them literally.” explains O’Mahony, “It invites the listener to disappear into their imagination and crosses the boundary between fantasy and reality”.

Arborist expands ““It taps int the song’s continuous guitar loop, there are three different versions of myself seemingly condemned to repeat the same actions over and over; from birth to death to rebirth, colliding with each other along the way.” 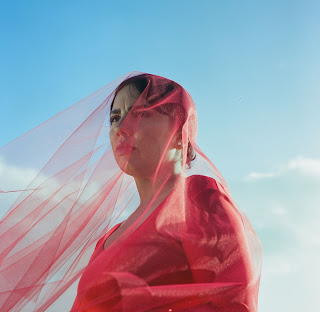 Erny Belle has shared another insight into her cinematic universe, this time with a video for fan favourite, 'Island Time' - from her debut album, Venus Is Home. The video, directed and produced by the artist herself — and made with the support of NZ on Air — was shot by prolific film-maker Ezra Simons, and showcases some of his signature photography eccentricities on a warm bed of analogue film stock.

Of the song, Erny Belle has said, "'Island Time' is an ode to the Pacific. I picture myself and the times I spent looking out at the view from Te Arai beach, from the waters edge and my sister's porch. I spent a lot of time contemplating my creative visions and the loss and prospects of love on the horizon. The chorus is a mantra on perseverance and self belief".

"Though there's a lot behind the love story, I think really it's a love song to pacific culture and beautiful brown people, maybe I needed to give myself that back".

"My good friend Navakatoa plays The Man From The Islands. He is also the bassist for the Erny Belle band, It's special that we've been able to capture ourselves at this time, I think it's really sweet we'll be able to look back at it in years to come and be reminded of everything we were doing musically at this time. It was shot at Te Arai, which is a special place to me." - Erny Belle 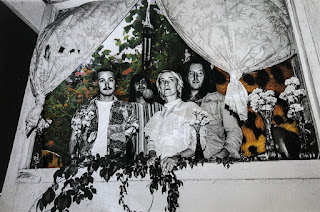 The Minks - Creatures Of Culture.

The Minks are Nashville’s “psychedelic-blues” band, heavy on the rock and roll. We’re talking low-down, all the way, purse-lipped, eyes-shut, head-whirling kind of groove. In 2015, on a search for creative community, Nikki Barber started the band based on the idea that "if you don't create, you'll combust".

Just like a rock and roll circus, you never know what you're going to get, but you know it’ll be good. The band’s palpable sound has roots in every music fan’s top ten—from Lou to Patti to Creedence to Hank - but blends them into something totally original and current.

Mixed with raw, jangly instrumentation and soulful saccharine vocals, it’s as much a throwback as it is an answer to the often overlooked underbelly of Nashville’s rock and roll scene. Look for them, on tour forever, spreading the gospel of letting your hair down and having a good time. The Minks are here. Let's boogie. 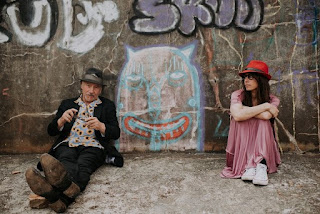 This January, experimental pop duo YOVA have returned with the compelling new track “Hurt Like No Hurt” and a digital bundle of new tracks - out now. Described by the duo as “departing from a place where Giorgio Morodor meets John Barry, to a destination where The Stooges meet The Supremes”, the track was arranged by legendary Rob Ellis (PJ Harvey, Anna Calvi).

A cathartic listen carved from visceral lyrics and pulsing electronics that build to a transcendental climax, vocalist Jova Radevska says of “Hurt Like No Hurt”:

“”Hurt Like No Hurt” is a song about relationship ghosting, the merry-go-round of breaking up and making up, and the inevitable finality of it all. An ultimate realisation that there comes a point where no matter what, there’s just no going back; when the only choice is the inevitable grief and acceptance of loss in order to emerge as a stronger person. Sometimes no further words need to be spoken, the sound of silence is enough.”

Arriving as the first glimpse of new music from YOVA since the release of their debut album ‘Nine Lives’ last year, “Hurt Like No Hurt” is filled with YOVA’s trademark experimental magnetism while utilising oscillating electronics, cinematic mandolin strums, and clarion call-like trumpets to create something otherworldly.

Featured as part of a ‘Hurt Like No Hurt’ digital bundle which is released this January, the full track-listing also includes a stripped-back rendition of the duo’s track “Rain” (previously remixed by Erasure’s Vince Clarke), alongside an instrumental version of “Hurt Like No Hurt”.