Dearly Beloved - Trees Dream Of You.

Toronto barrage rock sextet Dearly Beloved have released their latest single, “Trees Dream Of You,” from their upcoming new album, Walker Park, due out this Friday via Sonic Unyon Records. Discussing “Trees Dream Of You,” songwriter/producer/bassist Rob Higgins called it a battle of ego vs. nature… “the majesty of forests, and their righteousness, to me, is inspiring. If only humanity could be more like a forest.”

The follow up to 2019’s Time Square Discount, which was written entirely while on the road and recorded in a two-week blitz with Daniel Rey at Dave Grohl’s Studio 606, Walker Park took shape while Higgins was writing and recording at home, in his Phoebe Street studio, to cope with the pandemic. While brutal for all, the lockdown provided a never before experienced freedom to work patiently and use the studio as an instrument itself, eventually mixing the album with bandmate and Slow Pineapple production partner Tyler Beans.

The sessions delivered thematic ambition, sonic verve, and evocative playing in spades, while never skimping on the scorched-earth riffs Dearly Beloved have become known for. The work and craft that went into the album conveys the deeply weird world in which it was spawned - “Listening back now, the record appears to reflect the absurdity of those times,” notes Higgins.

For the past 16 years, the Beloved’s collision and fusion of pop and hardcore sensibilities, melody and menace, has offered up unabashed stoner rock coiled like smoke around a magma core of psychedelic post-grunge. Walker Park anchors itself in the lessons learned and launches the band on an exciting new trajectory. “The songs started as super long bass and drum jams I built myself at home,” explains Higgins. “I’d play for like 15 minutes and record it all. Then I’d go looking for good bits. Once whittled into a form I’d send the song to the band to freak out on.” Of the 16 finished tracks arising from those sessions, 10 eventually coalesced as Walker Park, with songs selected to reflect the zeitgeist in a cohesive way while also communicating a narrative arc. 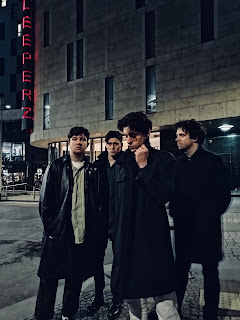 Cardiff post-punk outfit 'Red Telephone' are set to release their highly anticipated debut album 'Hollowing Out' on the 31st March 2023. The only single taken from it 'Waiting For Your Good Days' is out now.

Hailing from Cardiff, Red Telephone’s richly layered alt-rock could have emanated from a club in Blade Runner's dystopian LA - combining angular guitars, Krautrock-inspired rhythms and New Wave-tinged synths with infectious pop sensibilities. Drawing on post punk and synth pop influences, the band has been catching the attention of DJs across BBC 6 Music, BBC Radio 1, Absolute Radio and Radio X; with comparisons to the likes of MGMT, Super Furry Animals, Mitski and Berlin-era Bowie being drawn. 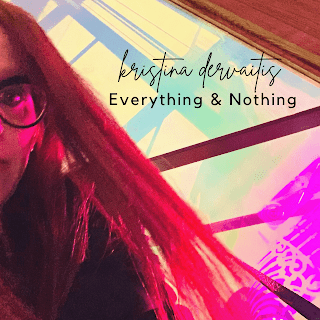 When I released my first album, I was still in a bit of denial about my future as a musician. It still didn't seem real. I was a midlife Obstetrician/Gynecologist who had only just started songwriting and performing, and suddenly I found myself releasing music for the first time.

This time around for my sophomore album, Quickening (April 2023), things are starting to feel more real! The album was produced by Canadian singer/songwriter Matthew Barber who has worked with the likes of Noah Reid.

My new single, "Everything & Nothing," is about denial. More specifically, climate change denial. I over think, over read, over want, over need everything and nothing…

Sometimes a sign is right in front of our face, but we're too close to it to fully grasp the meaning – we look past it and tell ourselves an alternate story that's more palatable. But this can be dangerous – some signs just can't be ignored without grave consequences. Though this song may seem like an ominous warning, I hope you're able to enjoy the music and focus on the positive side of life too - Kristina Dervaitis. 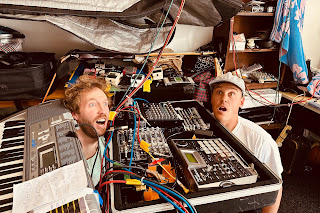 Indie two-piece Surf Friends make their welcome return with the announcement of their first full-length project in almost four years - Sonic Waves - out digitally and on CD March 17 2023 via Flying Nun Records. Sonic Waves sees the duo of Brad Coley and Peter Westmoreland joining forces with long-time producer, Mark Howden, to take on new musical directions, whilst retaining their dreamy psych-surf energy that put them on the musical map all the way back in 2009, when they debuted their self-titled EP.

The album was mostly written and recorded between 2019-2021, and is their first full length release since their hypnotic 2019 offering, Doing Your Thing.

Surf Friends say of Sonic Waves that “the focus of the record was to keep it raw and more distorted than previous releases. Most of the tracks’ guitars had separate channels recorded via a Peavey Rage 108 distortion amp - as a side note, Jeremy Toy (She’s So Rad, Leonard Charles, Sommerset) put this together like 25 years ago for Brad when he was his guitar teacher! Mark Howden also pushed us a bit in production, which was cool.”

To celebrate the announcement of Sonic Waves, Surf Friends have revealed the album’s first sun-drenched single, ‘Something Real’. From the sound of the song’s first strums, the dynamic duo take their listeners on a visceral sonic ride that embodies the weightless, euphoric feeling of hot summer days. The song is accompanied by a self-directed music video which perfectly captures the organic, carefree sentiment that the song emits, featuring Brad’s camping adventures with his kids and a few other bits of surfing footage.