More than a documentation of her artistry: WILDES' debut album Other Words Fail Me is a testimony of hard-won survival. After a long period of false dependency ending with her leaving an abusive (both professional and romantic) relationship, Walker scraped together the shards of a world shattered, and at last, she has built herself an entirely new reflection. For its soaring closing track "True Love", WILDES and producer St Francis Hotel (aka Declan Gaffney) wanted to perfectly capture the highs and lows of learning to love yourself.

Speaking more on the release, and the collaboration with The Flaming Lips, WILDES said: "This past year has been full of pinch-me moments, but today, releasing ‘True Love feat. The Flaming Lips’ is certainly one of the biggest. I wanted to add this final song to the album as an ode to self love and radical acceptance of yourself, no matter who you are, or what you have experienced. Never in a million years would I have believed The Flaming Lips would be the band to help bring this song to life - so thank you to the band, for bringing vivid technicolour to this rainbow of a song." 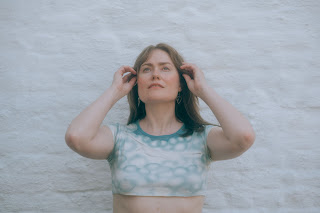 Of her new single, Rustad says: "I wrote this song many years ago, before I had released any of my music. There always seems to be this one song on every record that has been with me for the longest time and then suddenly finds its place. For the Particles of Faith album, 'Waiting' is that song. A snapshot of what it feels like when you find yourself observing your own life instead of living it. At times, I’ve found it too hard to open up to my own emotions, thoughts, and passion, because the intensity of it – good or bad – has felt like too much to handle. Easier then to just dip my toes in, instead of emerging my whole body."

Known for her poetic lyrics and clever songwriting, and backed by a tight knit band that’s been with her for years, Rustad’s new album offers a natural transition from her already classic third album, When Words Flew Freely (WWFF). However, Particles of Faith also brings something completely new and fresh.

Particles of Faith is hard to place in any one genre, melding the Americana sound present on her first two albums with the broader singer-songwriter tradition, helmed by pioneers such as Joni Mitchell and Carole King. But Rustad also points to a host of other inspirations.
Jansen Records · Signe Marie Rustad - Waiting (DWYBO Records) 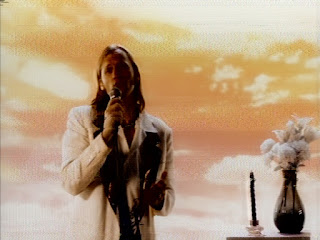 Long Daze, Dark Nights is the upcoming album from Waldo Witt. The artist embraces 60s and 70s psychedelia inspirations like Todd Rundgren, King Crimson, and Brian Wilson, alongside a continued adoration of 80s soft rock and disco, resulting in a vibrant sounding record, full of hooks and charismatic structural twists.

Even in its nostalgic glow, Long Daze, Dark Nights doesn’t linger too long in the past. Hook-heavy throwback odes are abundant, though also resonating with modern production and thematic pursuits. Offering poignant reflection following the past several years of tumult, the release explores themes of uncertainty, instability, and unpredictability. Waldo, his wife, and their van road-tripped through much of the pandemic, and many of the release’s lyrics were written while traveling in isolated areas throughout the country, like rural Montana and Colorado.

The result is filled with introspection and soul-searching, representative of how artistic creation can lead to great self-discovery. The release, in particular, pursues how one feels the need to create and make art. “It leads you to the experience of being completely in the moment, which is what it’s all about,” Waldo says. “The ups, downs, in betweens – all are expressions of the aliveness of being.”

The creative process for Long Daze, Dark Nights began in the summer of 2020, in Taos, New Mexico. Waldo and his van trekked to a variety of studios and ensuing musical collaborations, with new and old friends alike. Much of the recording took place at the late Radio Milk studios in Austin, owned/operated by James Petralli (White Denim). Ample work was also done at Waldo’s home in Chapel Hill, NC. 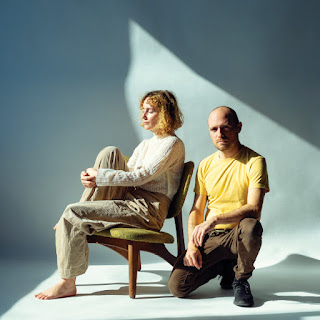 The music captured on Earth Then Air, the debut album from ambient pop duo Best Fern, encourages a gentle wonderment of the world. Musicians Alexia Avina and Nick Schofield recorded the collection of delicately balanced songs while in residence at the Banff Centre for the Arts and Creativity, surrounded by the elemental glory of the Rocky Mountains. The natural wonder of their environs, along with the access to a myriad of acoustic instruments, helped the duo create their most grounded work to date as they reached closer to earth than air for inspiration.

Beginning with the propulsive rhythm of opening track ‘On And On’ and the crystalline structure of lead single ‘Way Inside’, it’s clear that Earth Then Air marks an arrival of form. Throughout the album, Best Fern sustain an ethereal middleground between ambient and pop, inviting a fluid approach to their roles as co-musicians and co-producers. The result is a seamless blend of their sensibilities: dulcet melodies giving way to trance-inducing pools of texture, empyrean vocals lifting up ribbons of sound. Earth Then Air is centred as much around songs as it is with atmosphere. Touchstones for the unacquainted listener could be the spacious emotional containers of Majical Cloudz or the fractalized flows of Kailtyn Aurelia Smith.

As the album progresses through the pizzicato wonderment of ‘Evolving Tide’, to the honeyed staccato of ‘See Me’, there is a subtle undercurrent that unwinds the listener. This is most evident at the ending of ‘Jindalee’, where the fading vibraphone melody is overlaid with the sound of guitar lines being time-stretched, literally slowing down. That this unwinding leads into the album’s most vulnerable moment (Avina’s titular refrain throughout ‘Do You Want Me?), is proof that Best Fern have plotted the album’s journey carefully, maximising both mood and emotional resonance. Earth Then Air is a remarkably soothing experience, reminding the listener that we, too, can be soft and sure like pine and fir, supple like the wind around a mountain. 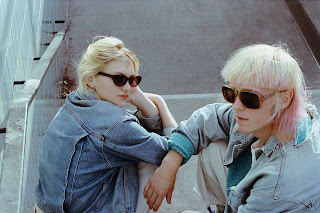 Rama Lama Records proudly presents 'Makes You Wonder', the new album from Malmö's art-rock-fuzz-pop duo Mary Anne's Polar Rig. Their sophomore effort is shape-shifting art rock that’s alternatively brooding and euphoric, the record is packed with irresistible melodies, needle-sharp guitars, scuffed-knees scrappiness and Hofvander’s snarling, growling and yelping vocals, but compared to their debut it vastly expands the scope of what they can do with it.

The album will be out March 24th on all platforms, CD and a limited gatefold double vinyl. The new single 'Dopamine Detox' is out now, a groovy single where Primus meets Mike Krol. Fittingly for a song that’s about trying to break free, it rattles along with so much energy it feels impossible to hold it back. The song blends together a splatter of guitars and drums, as vocalist Malin Hofvander dreams of getting away from it all. Its initial snappy, puppy-ish indie morphs into a mid-song doomy, staggering dirge, before it crashes back into indie rock again for some cathartic release.

About Dopamine Detox Do you struggle to remember a time when most of the world lived outside the four walls and cold white light of your phone? The glum feeling of that little online box leading you around your life by the nose is a familiar one for a lot of people, and it’s one that Mary Anne’s Polar Rig lash out at on sparky, rambunctious new single “Dopamine Detox”.

Fittingly for a song that’s about trying to break free, “Dopamine Detox” rattles along with so much energy it feels impossible to hold it back. The song blends together a Jackson Pollock splatter of guitars and drums, as vocalist Malin Hofvander dreams of getting away from it all. Its initial snappy, puppy-ish indie morphs into a mid-song doomy, staggering dirge, before it crashes back into indie rock again for some cathartic release, spiced with a few samples of people proclaiming themselves free of internet addiction. Or at least, as free as it's possible to imagine yourself to be. 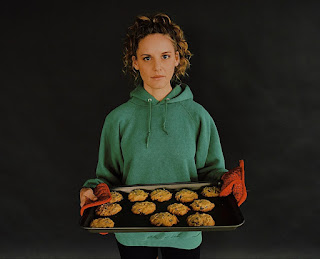 Elly Kace, an acclaimed and internationally renowned opera singer, is thrilled to share details of her forthcoming album Object Permanence, which is due for release on March 31, 2023 via Bright Shiny Things. With her latest full-length, her songs have become deeply personal and yearning. In 2021, Kace explored new sides of herself with her debut pop album Nothing I see means anything, a densely conceptual and boundary-pushing collection of songs that explored her introspective and danceable side.

The new album, though, is the encapsulation of her ceaseless searching and her willingness to be pushed to new creative heights, all while excavating her grief and turning it into something healing and stunning, as expressed in the lead single “Disappear,” out now.

Serving as the album’s opening salve, “Disappear” eases its listeners into an hypnotic, auditory hallucination buoyed by the siren of Kace’s vocal talents, embellished and complimented by subtle, yet urgent, trumpet playing by Will Miller and layers of frenzied guitars, angelic harmonies, cymbal flourishes and controlled jazz drumming via Colin Croom. Kace’s lyrics, sung over layers of her own voice and an unsettling backing track, are meditative and magical: “So I'll be ready for that last breath / the truth is - it might do nothing at all / But I know one thing / When I stare at you too long, you / disappear. / Isn't it nice? / we might not really be here.” 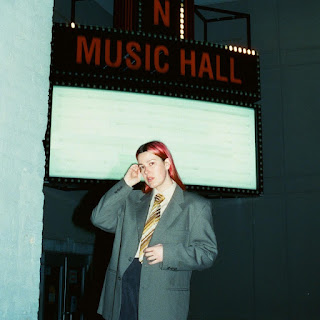 Montréal-based singer-songwriter Gabrielle Shonk has announced her new album Across The Room to be released February 24 via Arts & Crafts. She shares a new single with official music video directed by Gerardo Alcaine, in which she is sick and tired of being a “People Pleaser.” This year, Shonk will join The Barr Brothers and Charlie Winston on tour, respectively, in addition to select headlines.

How do you come back to yourself? First, it’s important to understand you have become lost, and admit you’ve veered off path. How then do you begin to piece yourself back together? This is the journey the JUNO Award-nominated singer and songwriter takes us on with her sophomore album. The eleven-track record chronicles the big and small feelings of heartache, and the hope that comes with endings and new beginnings. This excavation of self and purpose seemed to be a long time coming.

“It's not always the easiest to look inward. But, when it is easy, you hold on to all those small victories— finding a sense of wholeness within yourself,” says Shonk. The spellbinding full-length arrives in the wake of two splits—one romantic, and one with the major label behind Shonk’s debut. Shonk emerges with a refreshed creative freedom, which she powerfully wields alongside longtime friends and collaborators, co-writer Jessy Caron of the band Men I Trust and producer Jesse Mac Cormack (Helena Deland).