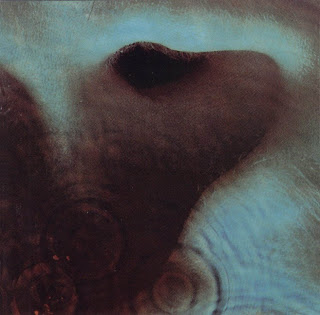 I have to start somewhere.

The first Pink Floyd concert I attended, was in 1975. I am pleased to say I was too young to have really seen them much earlier.

That said, by the time Dark Side of the Moon came out, I was already a fan.

Radio Caroline introduced me to Pink Floyd, and for that reason alone, I remain an anorak of Sky's 0199 Channel to this day.

However way before I was going to gigs, fans were flocking to see Pink Floyd, and some were recording what they heard.

Pink Floyd are up there with the most bootlegged of artists, maybe not as much as the likes of Led Zeppelin, but I would guess pretty much a top ten contender.

What really makes a difference, is the quality of recordings made. None usually touch the live albums released with the artists approval. Pink Floyd however, by their very nature, seem to have had as much emphasis on quality, as quantity, when it comes to 'unofficial' recordings.

Lets not get carried away here, there are some really awful Pink Floyd bootlegs around, I know I have some.

What really matters from my point of view, is not how many there are, but what are the good ones, the excellent ones, and those that sound engineers have copied from concert sound desks, and still remain under lock and key.

My personal answer to all of this is "I don't know". What I do know is that I am trying to write a blog piece, and have some samples to share.

So lets start at the first Pink Floyd bootleg I have that meets a basic criteria.

It is listenable, has some unique attributes, and gives me a chance to kick off this whole Beehive Candy thing without wishing I had not bothered later.

Enter 1972's Dreams Factory. Probably a mix of concert recordings from that era, and nothing that special in it's own right. Except that the recordings are of Pink Floyd playing with passion, and with the guitar prevailing in a really positive and good way.

So download Echoes, and hear it in a new light, one recorded a long time ago. When the band were up for a bit of rock'n'roll.

It has been referred to as the guitar version, whatever you think if you are at all interested in hearing the original and do not have a copy check here - Pink Floyd.

Like I said, I have to start somewhere, and as far as Pink Floyd are concerned, I make no apologies in whats to follow, if you like them, come back again.
Pink Floyd