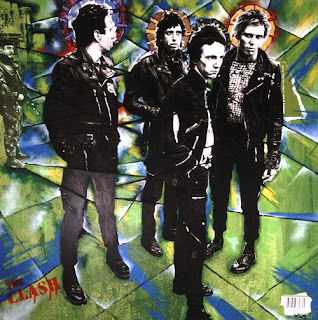 This is The Clash Live at the Memorial Coliseum, Los Angeles, California, on the 29th October 1982.

They were the main support act for The Who on this occasion, whilst supporting them across the USA predominately in large arena's and stadiums.

This was around the time that the band begun to suffer from a lot of 'internal wrangling' partly as Topper Headon had been replaced by Terry Chimes on drums, and probably due to the toll of constant touring and album recording.

This remains however a very cohesive and solid performance, and the audio quality is spot on (stereo soundboard).

Nazz Nomad said…
excellent! didn't have this one. i remember when this tour came to nyc i wouldn't go because i thought the clash had "sold out" by opening for the 'oo at a stadium.
15 October 2007 at 20:36

Anonymous said…
As any clash fan will tell you Topper wasn't replaced "due to the toll of constant touring and album recording" but because he was a smackhead whose habit got out of hand. He just wasn't competent behind the drum kit anymore.
27 December 2009 at 23:22